×
Nehru Vs Patel: An Open Debate

Nehru vs Patel: The Towering Two

Nehru and Patel didn’t fight. They worked as a team from Independence to Patel’s death in 1950, with Nehru as the leader.However, these two towering personalities were never similar. Their approaches were divergent. In time, they would probably have parted ways. That parting didn’t happen 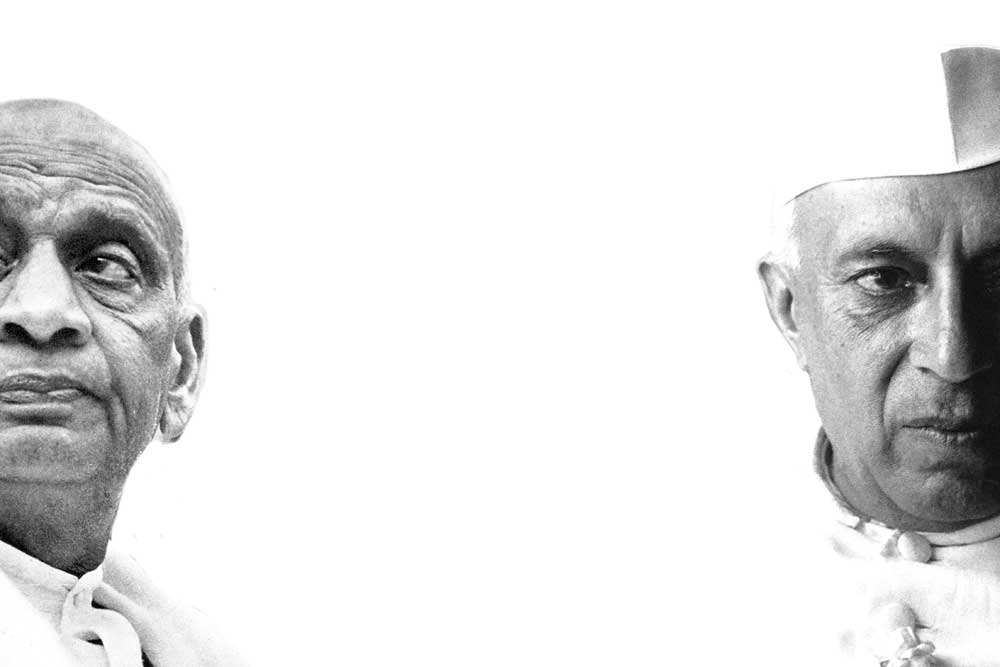 THE MOST INTRACTABLE problem with the latest controversy over the relative virtues and shortcomings of Pandit Jawaharlal Nehru and Sardar Vallabhbhai Patel is that it centres on counter-factual history. What- if is a wonderful parlour game and even has a place in politics, especially when invoking nostalgia or lament.

I grew up in a Bengali society that was dominated by a collective despair over the brave Netaji who didn’t return home after 1945. There was always a flickering hope that he was still around, somewhere, and that one day, when the nation needed him the most, he would return, re-enter public life and lead India towards achieving its national destiny. That hope was never realised and, consequently, to this day, there is unending debate over what would have happened had Subhas Chandra Bose returned to India after the conclusion of World War II.

Those familiar with the history of the Jacobite rebellions in Scotland in the early 19th century may see parallels between the Bose legend and those surrounding Bonnie Prince Charlie, the Stuart claimant who missed reclaiming his lost inheritance by a whisker but whose feats were the stuff of inspirational poetry and songs.

India is not the only country where what-if history persists. It is now recognised that the appointment of Winston Churchill as prime minister in May 1940, Britain’s ‘darkest hour’—now celebrated as an inspirational film—was the consequence of a happy set of coincidences. The eminently readable Six Minutes in May by Nicholas Shakespeare, published last year, has a vivid account of how it was Churchill’s blunders in Norway that made the position of Neville Chamberlain untenable. Ideally, the prime ministership should have passed on to Lord Halifax, the man India is more familiar as Viceroy Lord Irwin, who had wide support in the Conservative Party, whereas Churchill was felt to be reckless and untrustworthy. Alas, Halifax lacked ambition. He was content spending his time between his ministerial responsibilities and his very sweet companionship with ‘Baba’ Metcalfe, a daughter of another Indian Viceroy, Lord Curzon, at the Dorchester Hotel on Park Lane. Had Halifax become prime minister in May 1940, it is entirely conceivable— but hardly certain—that Britain may have negotiated a truce of sorts with Nazi Germany. That may have been terrible for civilisation but it would certainly have kept alive the British Empire for a few more decades.

The problem with counter-factual history is that it is based entirely on conjecture. What-if history is like a plasticine ball: it can be moulded in any way to suit preferences or even a pre-determined conclusion. This is not to disagree with the political thrust of Prime Minister Narendra Modi’s assertion in his Lok Sabha speech on the President’s address that, “Had Sardar Vallabhbhai Patel been India’s first Prime Minister, a part of my Kashmir would not have been with Pakistan today.” The incontrovertible truth is that it is impossible to say.

The indications are contradictory. There is evidence that Patel, at one time, wanted to use India’s claim on Jammu & Kashmir as a bargaining counter to Pakistan’s claim on Hyderabad. At the same time, India’s first Home Minister was opposed to referring the dispute to the United Nations, as Nehru did, quite unilaterally. Similarly, once the war with the Pakistan-backed militia began after the Accession of 1948, Patel was quite clear that India would have to safeguard its sovereign territory by every means at its disposal. Patel supported the Cabinet decision to give Jammu & Kashmir ‘Special Status’ under Article 370 of the Constitution, but in all likelihood he would have insisted that the term ‘temporary’ for the provision be adhered to. After all, he seems to have been in favour of resettling some of the Hindu and Sikh refugees from West Pakistan in Jammu & Kashmir.

It is impossible to be certain how Patel would have responded to the Kashmir situation had he, and not Nehru, been at the helm of affairs. Sheikh Abdullah, for example, had a special relationship with Nehru that extended beyond his relationship with Mahatma Gandhi and the Congress. Would he have responded in the same way to Muhammad Ali Jinnah’s overtures to him to stake his future in Pakistan had Patel been the Prime Minister of India? Would he have contested the Maharaja’s accession to India? These are issues that have no easy answers.

What can be said with a measure of certainty is that there was a fundamental difference in the political approach of Nehru and Patel. Nehru, having spent an inordinate amount of time in Europe, and sensitive to how non-Indians—both political and intellectual stalwarts—felt, always had one eye on world reaction. He was concerned about being seen to be doing the right thing and not offending the ‘progressive’ fraternity globally. His anguish over Mahatma Gandhi’s Quit India Movement stemmed almost entirely from his concern over any weakening of the ongoing war against fascism. Nehru had a convivial relationship with the Labour government that was in power until 1951. Nehru was not pro-Pakistan, as some mistakenly believe. However, he felt that after its formation, Pakistan had allied with reactionary forces in Britain and elsewhere and thus had to be contained and persuaded to acknowledge the error of its ways.

BY CONTRAST, PATEL didn’t carry any ideological baggage. He was often dismissive of Nehru’s abiding interest in the larger anti-colonial movements in Asia and Africa. His sphere of interest was India and he had a single-minded interest in the attainment of Indian independence which he believed was only possible under the leadership, particularly the moral guidance, of the Mahatma. At the same time, unlike Nehru who had a loose intellectual commitment to socialism, Patel was a firm believer in a strong Indian state. Nehru, for example, may have been culturally at ease with Anglophile Indians in the Indian Civil Service. Patel, however, viewed the ICS functionally. India, he realised, needed a robust administration and competent individuals able to translate political intent into reality. Since the ICS already existed, he felt there was no need to reinvent the wheel. In his view, those who had served the British diligently could now serve their new Congress masters.

The Sardar believed there was no place for sentimentalism in governance. He was both ruthless and a bit of a bully in the way he persuaded and threatened the many Princely states into acceding to the Indian Union. Nehru had a distaste for the Maharajas because they represented an archaic feudal order. Patel wasn’t least bothered about the personal angularities of the Maharajas. His priority was to secure the integration of the Princely states and he pursued that objective with managerial proficiency.

When it came to the problematic ‘Muslim’ question, Patel was very different from both Nehru and the Mahatma. Nehru firmly believed that Hindus and Muslims were fighting a common battle for self-government and economic empowerment. In his view, they were tied by common interests. He tried to make Muslims aware of this through the Muslim mass contact programme that followed the Congress’ disastrous showing in Muslim constituencies in the provincial elections of 1937. He even shunned the Muslim League’s appeal to the Congress to be permitted to join provincial ministries, prompting Jinnah to harden his separatism and eventually demand Pakistan.

Patel wasn’t anti-Muslim, but like most Congress leaders he didn’t believe that the party should consciously shed its Hindu imagery to reach out to Muslims. For Patel, as with Rajendra Prasad and most of the Congress’ provincial stalwarts, Vande Mataram and opposition to cow slaughter weren’t negotiable. As S Gopal, Nehru’s biographer, correctly noted: ‘The old stalwarts of the Congress …such as Patel, Rajendra Prasad, with the backing of the leader of the Hindu Mahasabha, Shyama Prasad Mookerjee, believed not so much in a theocratic state as in a state which symbolised the interests of the Hindu majority.’

Patel didn’t believe that Muslims needed any special accommodation in independent India. He believed the community should join the mainstream as equal citizens. Speaking to the Constituent Assembly on a motion pressing for the continuation of separate electorates, he said with characteristic forthrightness: “I once more appeal to you to forget the past… You have got what you wanted. You have got a separate state and remember, you are the people who were responsible for it, and not those who remain in Pakistan. You led the agitation… What is it that you want now? I don’t understand. In the majority Hindu provinces you, the minorities, you led the agitation. You got the Partition and now again you tell me and ask me to say for the purpose of securing the affection of the younger brother that I must agree to the same thing again, to divide the country again in the divided part. For God’s sake, understand that we have also got some sense… There will be generosity towards you, but there must be reciprocity. If it is absent then you can take it from me that no soft words can conceal what is beyond your words. Therefore, I plainly once more appeal to you strongly that let us forget and let us be one nation.”

Nehru and Patel didn’t fight. They worked as a team from Independence to Patel’s death in 1950, with Nehru as the leader. However, these two towering personalities were never similar. Their approaches were divergent. In time, they would probably have parted ways. That parting didn’t happen in real life. It has taken place in the battle for their legacy.

The Uses and Abuses of What-if History
Nehru vs Patel: Unity in Diversity
Vallabhbhai Patel: Iron in the Soul
Nehru Vs Patel: Dissimilar Disciples, Common Cause 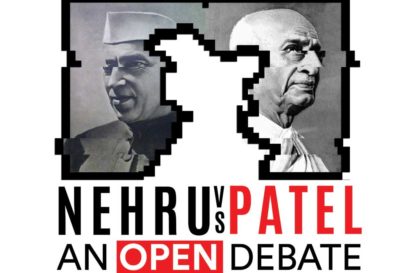 The Uses and Abuses of What-if History 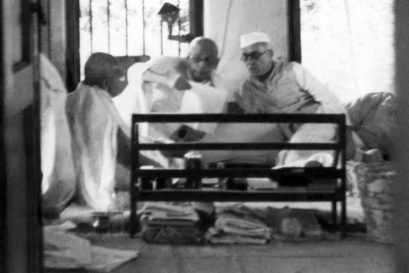 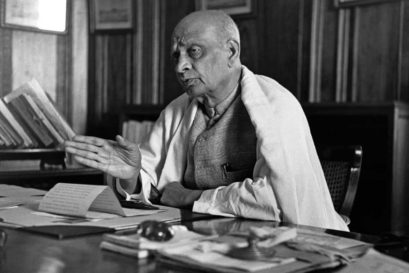 Vallabhbhai Patel: Iron in the Soul

The unifier of India deserves better from his country