India’s Home Minister is getting it from all sides. If the Maoist menace is not a headache enough, he’s got critics on his back, angry colleagues, and even jealous vibes within the Congress to fend off. 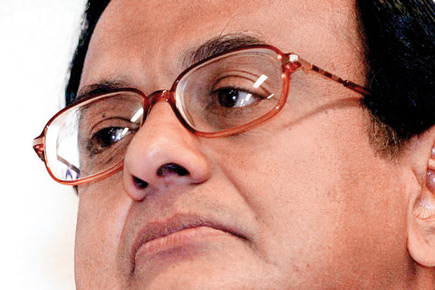 Forget the Maoist menace, India’s Home Minister’s got critics on his back, and even jealous vibes within the Congress to fend off.


Perhaps not since Sardar Vallabhbhai Patel has an Indian home minister attracted as much attention as P Chidambaram. Even LK Advani was seen as a home minister constrained by a powerful Prime Minister’s Office that had usurped his power. In contrast, Chidambaram is very much his own man, and the Indian Government’s strategy to take on Naxalites is clearly being shaped by his vision. But the battle being waged in Dantewada is only one part of the war that he is waging in his fight with Naxals; the other is being played out within his own party.

Congressmen are looking for the only signs of benediction that matter, the favour of the first family. Chidambaram, who had left the party in the phase it wasn’t under the family’s charge, is no exception. The man whose baptism with Congress politics took place as a Tamil interpreter for Indira Gandhi’s English speeches and whose oratory skills later played a big role in shaping his political career, now finds himself in the unusual position of having every word of his own interpreted endlessly. And in the end, as always, it will matter where he stands with the family, and this is what has left the Congress confused and his opponents within the party hopeful. They feel Sonia backs him totally, but are not so sure of Rahul.

WAR ON THE GROUND

That forms the background as Chidambaram presses for a larger mandate involving air support and increased paramilitary presence in the Centre’s fight against Maoists. Questions are being raised about the overall strategy to tackle the Red ultras. Chidambaram may be keen on a tough battleplan, and while he may get the mandate he wants, confusion prevails within the UPA Government, the Congress, and security forces.

No one knows for sure who coined the phrase ‘Operation Green Hunt’, let alone what it really is—an all-out offensive by paramilitary forces and state police? A comprehensive strategy to win over the hearts and minds of locals? Or a mere search and comb operation? Nor is anyone clear whether it has begun.

A day after 76 securitymen were massacred by Maoists in Dantewada, Chhattisgarh, Home Minister Chidambaram told mediapersons at Raipur: “There is no Operation Green Hunt.” If so, the obvious questions are what India’s paramilitary forces have been doing in Chhattisgarh for the last eight months or so, and why people are getting killed in one ambush after another in central India.

Security analysts are no less critical of Chidambaram’s strategy. “When you are facing unconventional war, your response should also be unconventional,” says Naxal expert Prakash Singh, “But the Government has taken a conventional stand of area domination. Even if it succeeds, it will soon become a cat-and-mouse game.”

Congress General Secretary K Keshav Rao, a pronounced critic of Chidambaram’s ‘wipe them out’ rhetoric, puts forward one side of the case when he claims that for a large section of party leaders, the main culprit has not been the Home Minister himself but “his language”, which is seen to be at odds with All India Congress Committee resolutions, and which, therefore, caused a furious backlash against him. Along with Congress leaders Digvijaya Singh, BK Hariprasad, Ajit Jogi, Mani Shankar Aiyar and a host of other party functionaries, Rao had come out openly against Chidambaram’s aggressive talk.

“I am not opposed to Chidambaram,” Keshav Rao tells Open, “It is a question of perception, of his language. He may talk about law and order first and development later. I will talk about development first, and then, if necessary, police action. My reservations pertain to the focus of the debate.” Rao, however, adds that Chidambaram has mended his ways as well as his language, of late. “In the last few days, his emphasis on winning over local tribals in Maoist-hit areas shows an obvious change in language, which is now in tune with our party resolutions that say the Naxal problem is essentially a socio-economic problem.” Rao refers to the Home Minister’s statement at the Confederation of Indian Industry annual meet on 13 May, calling for steps to end the “trust deficit” between the State and the poor in Maoist-affected areas, where people are suspicious of both business and government plans.

Linguistic semantics notwithstanding, party insiders trace this sudden outburst of criticism—touched off about a month ago by Digvijaya Singh’s article in a business daily, terming the Home Minister ‘intellectually arrogant’ and ‘rigid’—to the ‘disproportionate’ rise in Chidambaram’s stature vis-à-vis other party leaders at a time when speculation is rife that Prime Minister Manmohan Singh may not last his full term in office and that Congress General Secretary Rahul Gandhi may not want to take the hot seat without a clear and fresh electoral mandate in 2014.

Remote though this scenario may be, it is the stuff that often shapes day-to-day politics within the Congress. Though the public criticism of Chidambaram has forced him to rephrase his policy towards Maoists, sources say there’s no indication of any loss in his rapport with Congress President Sonia Gandhi. This makes for growing anxiety among some party members that Chidambaram could be the one who takes over as PM in case any such need arises. Recently, a senior leader in the critics’ camp even articulated this anxiety by telling mediapersons in an off-the-record chat that, “if he wants to become Prime Minister, he should be more accommodative”.

Chidambaram, who has degrees in statistics and law, and an MBA from Harvard to boot, began his political career by the side of Indira Gandhi in public rallies in Tamil Nadu, playing interpreter. This forged a bond that has literally survived generations of Gandhis. The young lawyer was first elected to the Lok Sabha from Sivaganga in Tamil Nadu in 1984, and was re-elected from there in 1989, 1991, 1996, 1998, 2004 and 2009, a record anyone would be proud of.

When he was moved from Finance to the Home Ministry in the wake of the 26/11 Mumbai terror attacks in 2008, he was no novice, having been an old hand in the internal security ministry under the prime ministership of Rajiv Gandhi in 1986.

Congress leaders say that even while he was away from the Congress for almost seven years after 1996, a phase he spent with the Tamil Manila Congress of GK Moopanar, his relationship with the Gandhi family remained warm, and once he returned to the party fold just before the 2004 polls, his oratory skills on the floor of the House and his administrative abilities only served to enhance his reliability for 10 Janpath. Party sources say the confidence Sonia Gandhi has in him has been enough to shield him from party criticism, and that Manmohan Singh’s rejection of his resignation after the Dantewada massacre of 76 CRPF men by Maoists was a foregone conclusion.

Even Sonia’s letter to party workers that appears in the latest issue of Congress organ Sandesh, while stressing the need to address the ‘root causes of Naxalism’, gives Chidambaram enough headspace. ‘Our country is facing an enormous challenge from the Naxalites. While we must address acts of terror decisively and forcefully, we have to address the root causes of Naxalism. The rise of Naxalism is a reflection of the need for our development initiatives to reach the grassroots, especially in our most backward tribal districts,’ says the Congress President in her letter.

Chidambaram’s detractors lapped up the letter, claiming they were asking for precisely such a message from the High Command to vindicate their stance against the minister’s ‘wipe them out’ rhetoric. In their view, the ‘root causes’ reference reflects her lack of opposition to their criticism.

And yet, one can argue that the High Command is clear that if tough action must be taken by the Home Ministry, so be it. By using phrases such as ‘acts of terror’ and words like ‘decisively’ and ‘forcefully’, Sonia Gandhi has sought to ensure that her opinion is not construed as a show of no-confidence in Chidambaram. According to a senior Congress leader, by revealing her mind, she has weakened none, bolstered both sides of the argument, and managed to put a lid on the controversy as well. That is typical Congress politics, the leader explains, where the weakening of a leader’s position within the party does not necessarily diminish his chances of getting a crucial position in the Government. It only makes him even more dependent on the High Command.

Thus, if anything, Sonia’s letter has only raised the probability of Chidambaram remaining important in the Congress President’s scheme of things. For, such a leader poses less of a threat to the family’s control of the party than a Congress heavyweight who could carve out an independent power base—exactly what has worked so magnificently for Manmohan Singh. After Rajiv Gandhi’s assassination in 1991, remember, Sonia Gandhi had cleared PV Narasimha Rao’s name for PM, but the Andhra stalwart’s independence of the Gandhi family became apparent very soon. A repeat, she would rather not suffer.

But there is another factor at play. Digvijaya Singh’s criticism of Chidambaram’s approach is no isolated case. A salvo came from an unexpected corner as well. Environment Minister Jairam Ramesh, who has discreetly been critical of Chidambaram’s Naxal policy, suddenly unburdened himself of his concerns in public, saying on a visit to Beijing that the Home Ministry and security establishment were being “alarmist” and “paranoid” on the issue of Chinese companies doing business in India.

Chidambaram shot off a letter to the PM, expressing strong displeasure over this indiscretion. This anger, however, could not yield much, as his detractors on the ascendant within party politics firmly backed the Environment Minister, say insiders. As a result, the Congress did only as much as admit that Jairam Ramesh had erred gravely in his critique of the Home Ministry on Chinese soil. A rap on the knuckles, that’s all. Any talk of his resignation was rubbished in clear terms. As for speculation that Jairam Ramesh may be denied another Rajya Sabha term (his ends on 21 June), it has no basis whatsoever, says a Congress leader from Andhra Pradesh who is certain of the minister’s value to the party and Government.

Now, it is no secret that Digvijaya Singh and Jairam Ramesh are extremely close to Rahul Gandhi. They are, in fact, among the handful of Congressmen who can look you squarely in the eyes and make such a claim. That both have run Chidambaram down lately could be a coincidence. But there is more to it.

The one organisation that is being completely moulded by Rahul Gandhi is the Youth Congress. And in Chidambaram’s home state of Tamil Nadu, his clout within the Congress has diminished considerably in the last few weeks. This became clear about a month ago when the year-long election process for Tamil Nadu Youth Congress ended with Union Shipping Minister GK Vasan’s protégé Yuvaraj being elected as president. Vasan’s growing influence in the state party unit does not augur well for the Home Minister.

As the old saying goes, ‘Once is chance, twice is coincidence, and the third time is a pattern.’ And this is the third time that the Rahul hand has surfaced. So, while it seems Chidambaram will have his own way for the time being, there is no saying what the future holds. And this is an uncertainty that does not bode well at all for the actual war on the ground against Naxals.