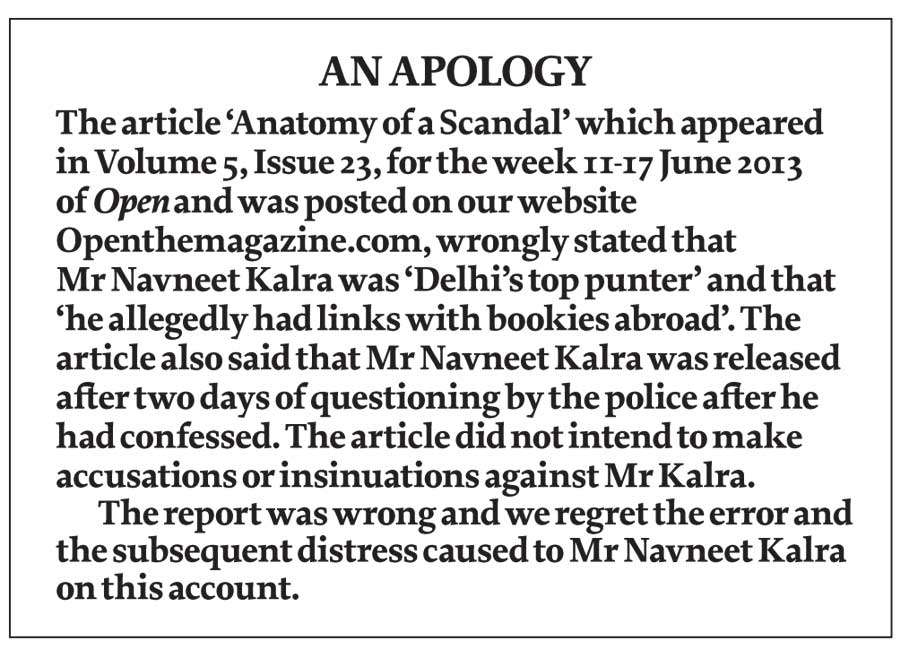 The article ‘Anatomy of a Scandal’ which appeared in Volume 5, Issue 23, for the week 11-17 June 2013 of Open and was posted on our website Openthemagazine.com, wrongly stated that Mr Navneet Kalra was ‘Delhi’s top punter’ and that ‘he allegedly had links with bookies abroad’. The article also said that Mr Navneet Kalra was released after two days of questioning by the police after he had confessed. The article did not intend to make accusations or insinuations against Mr Kalra.

The report was wrong and we regret the error and the subsequent distress caused to Mr Navneet Kalra on this account. 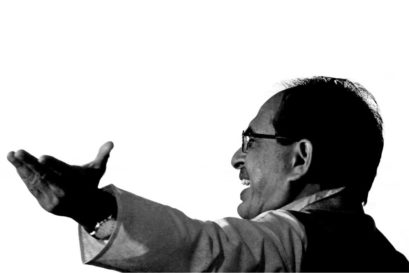