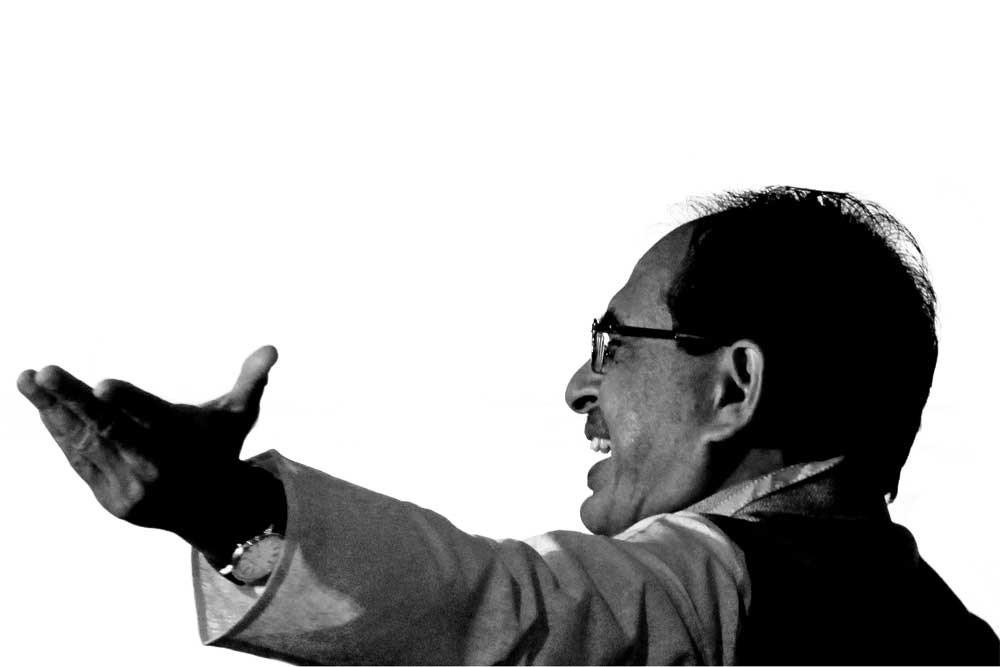 INVESTOR SUMMITS ARE a rage in India. From Gujarat, which pioneered the art of bringing potential investors together at big, fair-like, events, the trend has spread to other states as well. Madhya Pradesh, once part of the acronym that described a clutch of ‘sick’ states (‘Bimaru’), is another state that is now aggressively promoting its own Global Investment Summit (GIS).

Viewed purely from the ‘shock and awe’ that such events seek to generate—with the presence of big names from the industrial world, foreign investors and some success stories to tell—the recent event in Indore, the state’s commercial capital, could well be dubbed a success.

The state’s story is not all gloss. The Ease of Doing Business Rankings, done by the World Bank with the Centre’s Department of Industrial Policy & Promotion and released earlier this week, put the state at No 5 this year, a position that Madhya Pradesh has maintained from last year. In real terms, too, the performance has been credible: for a predominantly agrarian state, its growth rate of agriculture has been close to 20 per cent in 2014-15 and 2015-16, a difficult figure to attain in a traditionally low-growth sector of the Indian economy.

Even if one ignores these claims, which are often inflated to make the state appear attractive, the reality is that Madhya Pradesh along with a number of other states—Chhattisgarh, Rajasthan, Telangana and Kerala are examples—are aggressively looking to attract private investment. The old days of reliance on the Union Government for everything are over. At one time, it was thought that states lacked the talent or even the outlook required to formulate clear policies to attract investors. That has changed for good. From a mad hustle for rankings that can serve as a positive signal to the actual—very often difficult—work of clearing the path for investors, it all suggests that a large part of economic policymaking has shifted to state capitals.

Behind these changes, deeper economic forces are at work. More than a quarter century after the start of reforms in 1991, the socialist economic order is finally collapsing, even if slowly. From the first Industrial Policy Resolution of 1948 until very recent times, successive Indian governments aimed for ‘balanced’ economic development. The idea was simple: all states should experience economic growth and none should be left behind. To achieve these goals, a number of economic tools were exploited. Generous financial help to backward states, differential rates of taxation to encourage industrial development in the far-flung corners of India, and the availability of raw materials in different parts of the country at similar prices—the notorious ‘freight equalisation’ policy—were all put to work.

Instead of higher growth in poor and remote states, these policies robbed states with natural advantages of any chance at rapid economic development. Instead of factories being set up in mineral- rich states such as Jharkhand (which was part of Bihar when these policies were implemented), investments flowed to coastal areas because raw materials were available at almost the same prices there. In case of landlocked states like Madhya Pradesh, which has a geographic advantage of being in the centre of India, these, too, were suppressed as industrial projects bypassed them.

It is not surprising Madhya Pradesh is now betting heavily on a post-Goods and Services Tax (GST) future where unnatural tax advantages will slowly disappear and factors such as location become important again. “We don’t want to get into figures about how much we will gain after GST is implemented… but one thing is certain, Madhya Pradesh will be able to use its central location to its advantage. For example, we have great potential to develop our state as a logistics hub. This is always in our mind when we seek investment. Apart from investment in all areas, we are actively seeking investment in logistics as we feel Madhya Pradesh has a locational advantages that hardly any other state enjoys,” Chief Minister Shivraj Singh Chouhan tells Open.

We don’t want to get into figures about how much we will gain after GST is implemented. But one thing is certain, MP will be able to use its central location to its advantage

These advantages, however, will take time to accumulate. For one, the economic contradictions built up over almost seven decades are tough to wind down. Take GST, for example. On one hand, a streamlined GST will be to Madhya Pradesh’s advantage; the simpler the tax structure, the greater the effect of locational advantage. On the other hand, however, during the interim period, the state stands to lose revenue in case of a ‘very simple’ GST.

“We will find a way out together—the Centre and Madhya Pradesh. GST has already been delayed for so long that it makes no sense to fight over it. No doubt that states have to protect their interests and we have always said that the interests of the state must be protected,” Chouhan says when asked about the seeming contradiction between the two goals.

This view finds some qualified support from experts who argue that there are factors other than geographic advantage at work in investment decisions. “The logic [of locational advantage] is undeniable, but it is one among many considerations. Investments seem to flow where infrastructure is above a certain threshold,” says Krishnamurthy Subramanian, an economist at the Indian School of Business who has tracked Foreign Direct Investment (FDI) inflows to various states. “A multinational corporation will compare district-level advantages between different states before taking an investment decision,” he adds.

Seen from an investor’s perspective, what states can offer is only one part of the package. The decision to invest money is a business call that involves other factors such as returns anticipated from building a plant, market access and finally the kind of advantages that Madhya Pradesh is seeking to exploit. “Look at it this way, an investor will look first of all at his rate of return before he looks at sops like cheap land, water and electricity before he takes the plunge. At least that is how serious investors evaluate opportunities,” an investment banker working for a foreign investment corporation told Open. This banker is generally sceptical of claims made at investments summits. “They tend to be exaggerated, whatever be the reasons behind the claims— shoring up the popularity of the government or as a signal to other investors about the great possibilities in the state.”

So far, many of these factors seem to be working in favour of Madhya Pradesh. Between its investor summits of 2012 and the just concluded edition in Indore, the state has garnered very large sums by comparative standards. The Chief Minister says that between 2014 and 2016, the state received “committed investments” of Rs 2.71 lakh crore. “Out of these, production has already commenced in investment [projects] to the tune of Rs 50,000 crore,” he says, “In others as well, work is progressing rapidly.”

Even if one discounts the cited figures on inflows, which are usually subject to claims and counter-claims as the gap between promised investments— in the form of memoranda of understanding—and the actual sums is often very large, the boom that Madhya Pradesh is witnessing is credible. But it is a journey that has not been easy. One state government official tells Open that when the plan for investment summits was launched in 2003 or so, few investors were even willing to listen to the state government. “One foreign investor, whom we had gone to meet abroad, actually asked us to point where Madhya Pradesh was on the map of India!”

Ultimately, however, what wins the investment game for a state is simple: infrastructure, policy clarity and a helping government. Madhya Pradesh has worked on all three scores. Apart from expending resources on building road and transport infrastructure, it has clearly-spelled policies for individuals sectors (textiles, automobiles, small and medium scale enterprises, information technology etc). Beyond this there is very little that state governments can do as investments depend on business cycles. Thereafter, and frustratingly for many states, the game becomes one of waiting for businesses to invest. But what they can do is to reap the advantages when ‘animal spirits’ are on the upswing.

“If [Madhya Pradesh] want to attract FDI through these summits, then instead of spreading its resources thin over a large number of districts, it is much better to concentrate on a couple of districts, for example Bhopal and Indore, where the infrastructure is good. Then one can create jobs that can pull in people from different parts of the state,” says Subramanian.

Much of what has gone in favour of India—as a fast growing economy that eagerly seeks investment—has worked for Madhya Pradesh as well.