The Many Perceptions of Rape

Doctors are surprised if the victim co-operates with them, for policemen wives cannot be raped by husbands, the defence tries to prove that the victim is a major because anyone over 16 is thought to have given consent, judges worry about marital prospects of victims…everyone expects this crime to fit into their picture 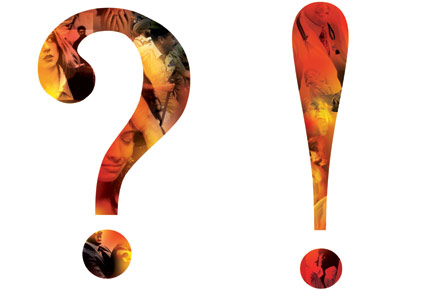 Everyone expects this crime to fit into their picture, but where does the victim fit in?


In legal terms, rape is defined as non-consensual penile-vaginal penetration. This technical definition has shaped not only the conviction of rape cases in court, but also how we perceive rape at a fundamental level. It must include the use of physical force. Penetration is considered the worst form of sexual violence, although more damaging and brutal acts could have been committed. The victim is expected to be chaste and visibly shattered by the act. And should she behave otherwise, she is suspect. Such is the thinking of law enforcement agencies.

In 1996, Sakshi, an NGO, released a study called ‘Gender and judges’, in which it analysed the views of 119 judges from all over India, along with experiences of female lawyers, complainants and observation of court room trials. To date, it is the only comprehensive research done on the judiciary’s perception of violence against women. Some of its findings were shocking. Most judges found it impossible to believe that violence against a woman can be the exclusive responsibility of the perpetrator. ‘Judges were of the view that penetration of a woman is physiologically impossible without her consent’ and that in any case women are ‘partially to blame for such abuse’ Thirteen years later, Chayanika Shah, who has helped fight cases of sexual violence as part of Forum against Oppression of Women over the past 30 years, says that although a lot has changed, much still needs to be done. In the eyes of law enforcement agencies, a classic rape is one in which the victim struggles a lot, and isn’t out late at night. In short, the “real victim is one who isn’t bad herself”. Such perceptions negatively impact the case from the very beginning; right from the medical evidence collection and treatment by doctors, to the filing of the FIR, recording of statements, presentation of the case, cross examinations to the verdict.

Noted women’s rights lawyer Flavia Agnes finds that the judge’s response to ascertaining rape varies according to the age group. For girls below 12, the judges are intent on looking for injuries. Their biggest concern for minor victims is the impact the sexual violence will have on their marriage prospects and the compensation is driven by this concern. For victims above 12, their behaviour comes under scrutiny. There is always a suspicion that this girl must have done something that led to it. Since anyone below 16 isn’t old enough to give consent, the defence is always trying to prove the girl to be above 16. When it comes to victims in the 16 to 18 age group, “the court almost never believes it was rape”. Without injury, such girls are always suspect in the eyes of judges who are looking for injuries and emotional breakdowns, perceived signs of victimhood.

In her paper titled, ‘To whom do experts testify? Ideological Challenges of Feminist Jurisprudence’, published in 2005, Flavia Agnes documents what she calls an anti-woman bias in the textbooks of medical jurisprudence, cautioning doctors to be wary of false cases. In a rape trial though, a doctor is a witness for the prosecution. He can’t play judge or jury and it is not his prerogative to pass a verdict on the character and conduct of the victim.

In 2008, Cehat, a research and advocacy institution working on issues of violence against women and the role of health professionals in responding to it, introduced the Sexual Assault Forensic Evidence kit for evidence collection in two public hospitals in Mumbai. The kit contained a model protocol, forms which the examining doctor would fill in so that the information collected about the sexual assault would be scientific and comprehensive. It ranged from the extent of penetration to the status of the condom (whether it was torn or not) to what the victim did between the rape and the examination (whether she took a bath, etcetera). All this would later be evidence. There was also a 22- page manual explaining to the doctor how he should go about doing this evidence collection. Based on Cehat’s experience from the two hospitals, they found that doctors are so preoccupied with the medico-legal requirements of handling cases that holistic care takes a backseat. Cehat’s implementation of the kit included training the staff for sensitisation. Despite specifically stating that sexual violence doesn’t always lead to injuries, they found that suspecting a victim’s history if she doesn’t fit into the ‘profile’ of a rape victim is still common.

The medical staff also expects that a woman or child reporting sexual assault to be depressed and non-cooperative during examination, and are surprised if she is not. In one case of an 11-year-old who had been sexually assaulted, the fact that she spread her legs without being instructed to do so elicited a comment from the nurse that she is probably habituated to sex. This, despite the fact that the girl had abrasions and lacerations on her thighs. In another case of a 14-year-old girl who had been gang raped by three men, the examining doctor remarked, “How is it possible that there are no signs of struggle or any internal injuries, if she was gang raped?” In the past, such comments were directly reflected in the report the doctor gave out. As Flavia says in her article, doctors often make ‘unwarranted comments about the conduct and character of a rape victim, based on the level of elasticity of her vagina’. Today, such comments might go undocumented on the doctor’s notes, but the underlying biases impact neutrality during examination and affect the manner in which the victim is treated.Dr Jagadeesh N, President of Karnataka Medico Legal Society and professor of forensic medicine, Vydehi Institute of Medical Sciences, Bangalore, says that the acquittal of a rape accused does not mean the rape didn’t happen. It could be that the prosecution failed to prove its charge. And for the prosecution to succeed, strong medical evidence and eyewitness accounts go a long way.

In Dr Reddy’s experience, subjective perceptions definitely have a bearing on forensic evidence collection. For example, many believe sexual assault to be solely penovaginal and don’t visualise sexual assaults to include anal intercourse, forceful masturbations, fingerings, use of objects in orifices etcetera. Hence, they don’t look for injuries or collect trace evidence in these sites. They also expect the victim to have offered resistance to the rape and look for injuries on the body and signs of damage on the clothes. Because of their failure to understand that the victim could’ve been silenced by drugs, fear, threats or even been unconscious, they may not look for further evidence at all or do so only cursorily.

The moral worldview of the investigating officer and doctor may also bias the investigation. In case of marital rape, if the presiding official considers sex a male right within a marriage, he/she may not even document the injuries or collect trace evidence in such a case.

The agency that is the most prejudiced, according to women’s rights activists, where personal biases directly hamper the outcome of the case, is the police. If a woman doesn’t have her family or other people’s support, if her background doesn’t carry weight, then the case is already pre-judged and pre-decided, in Chayanika Shah’s opinion. We all know that in minor offences, police tend to negotiate and dispense their own form of judgement like slapping or beating up offenders to reduce their workload. In case of rape, such personal judgements hamper the evidence collection, formulation and presentation of the case. While recording the victim’s statement, often what the victim says isn’t what is written. It is also easy to botch up corroborative statements by noting down conflicting points.

Vidya Reddy, from Tulir, Centre for Prevention and Healing of Child Sexual Abuse, finds that the language associated with rape is too cold and too dry to convey the enormity of the horror inflicted. It fails to take in the context of sexual violence, the enormous breach of trust, visceral elements like yelling, pushing, violence of threats used and emotional damage caused. Words like ‘brutal rape’, ‘misbehaving’ used often by the media, are catch-all terms that most of us don’t have the courage to dismantle. By failing to articulate the experience in its entirety, we fail to understand what the victim has gone through.

There is a societal discomfort, a certain diffidence when it comes to anything related to sex, sexual violence in particular, believes Vidya Reddy. “Although sex is a powerful drive, we are always trying to marginalise it. Anything to do with sex is controversial,” says she. The failure has led to a warped understanding of sexual violence, which is reflected in the state machinery. “Rape reflects our societal attitude towards sex,” says she. “Since sex is considered a male prerogative, especially in marriage, marital rape is still not acknowledged.” As for male rape, “it is commonly believed that homosexuality is a sexual need, not an emotional one” —which is why a police official she came across believed that there would be no instance of male rape if homosexuality was legalised.

There is a stigma attached to rape, also is reflected in the state machinery. The impact of rape on the victim’s marriage is taken into consideration while passing judgements, because it is as much a morality issue as it is a crime. Sometimes, rapists who marry victims are even acquitted. In May 2005, a Sessions Court in Mumbai set a rapist free after the victim acceded to his offer to marry her. The judge asked the police to escort the rapist to the wedding so that he would not flee. A similar case was reported from Chennai the next year.

There have been improvements, though. When Chayanika Shah began working on rape cases decades ago, rape would be referred to as ‘be-izzat karna’ and ‘izzat lootna’, an outrage of modesty that is. Nowadays, rape is increasingly viewed as a crime, as sexual violence.