President of the Centre for Policy Research, Prata Bhanu Mehta has no qualms speaking his mind about the Modi Government's trampling of civil liberties 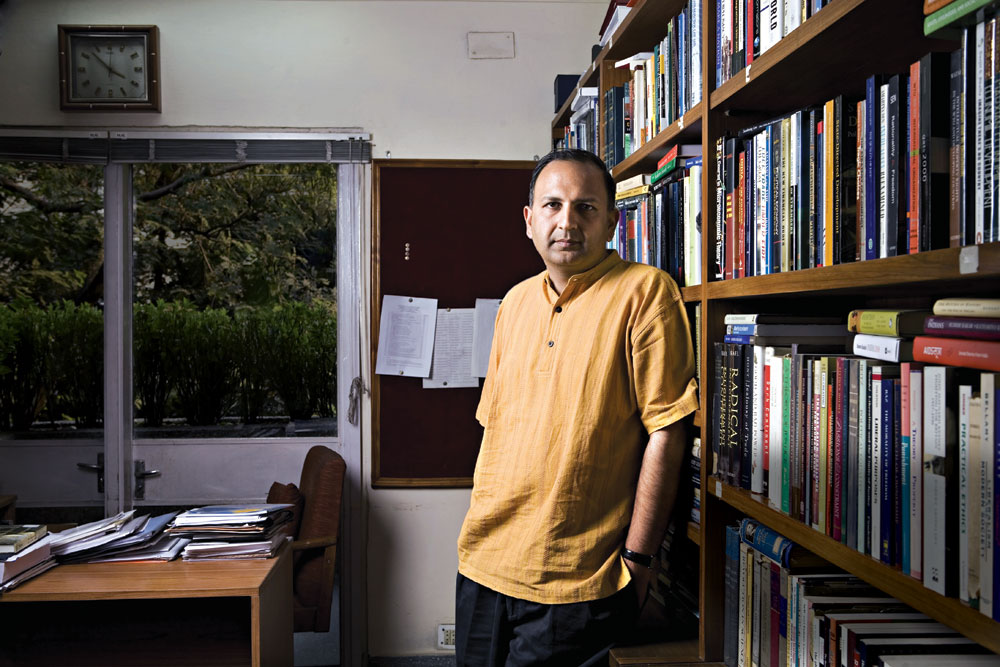 The name that comes to mind when the word ‘public intellectual’ is uttered is that of Pratap Bhanu Mehta. And for all the right reasons. At a time when intellectuals as a breed allow themselves to be easily co-opted by the ruling party of the day, the president of the New Delhi-based think tank, Centre for Policy Research, has no qualms speaking his mind about the Modi Government being deceptive—and of its trampling of civil liberties. A constitutional expert, he should know. The scholar who had exposed the moral weaknesses of the previous UPA Government and accused the Manmohan Singh dispensation of ‘sins of commission’ was one the BJP looked up to. Until it formed the Government itself, that is. Mehta, an alumnus of Oxford and Princeton, is a quintessential dissenter. He has accused the Modi Government of being ‘both rabidly malign and politically incompetent’. He is no poseur and no mean wielder of intellectual honesty, which these days is a rare quality.

“In a democracy, no one, especially intellectuals, should claim special authority. All they can do hopefully is provoke that most difficult thing of all, thinking. Thinking is difficult not just because states distrust it. But excessive partisanship, ideology, identity claims and interest can also blind us to the demands of thinking”