The Possibilities of Grassroots Banking 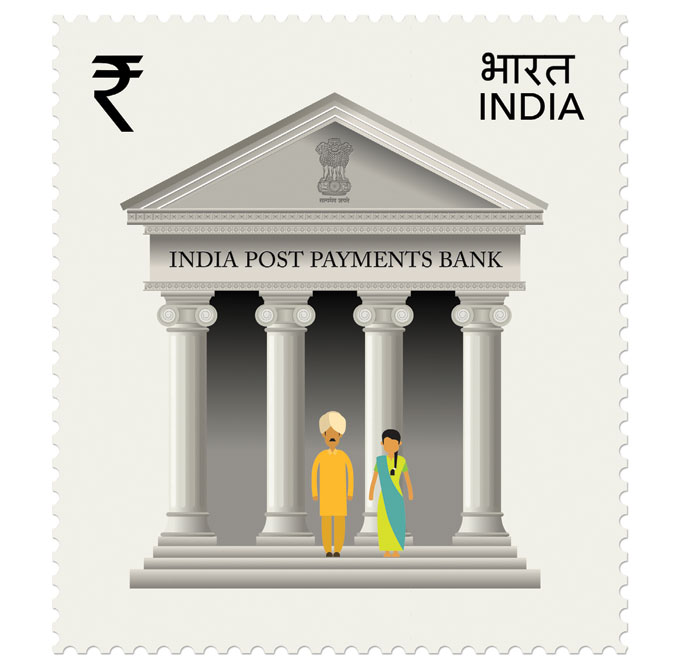 LAST WEEK 35-YEAR-OLD KAVITA, A DOMESTIC HELP from Ghaziabad, watched a TV news clip of Prime Minister Narendra Modi inaugurating the India Post Payments Bank (IPPB) and made up her mind to open a zero-balance basic bank account at the village post office in order to save a meagre amount each month for her school-going children. “Every day is a struggle and I don’t know how much I can save each month. I don’t even know when I may have to withdraw what I have saved, at short notice. Regular banks demand a minimum balance. Besides, I can’t read and people at the bank intimidate me. I am comfortable in a post office environment with minimum hassle and more helpful staff. And I am determined to save some money for my children now,” she says. Kavita is one among India’s more than 100 million adults who do not even have a basic savings account to call their own. But that could well change radically over the next several months. As could her own life and that of her family.

By end-2018, India Post is about to push the reset button by linking all the 155,000 post office branches countrywide into the IPPB, a fully-owned public sector undertaking of the Department of Post under the Ministry of Communications and governed by the Reserve Bank of India (RBI). So far, 650 branches have been launched involving some 11,000 postmen across the length and breadth of the country; the new outfit is set to provide key basic banking and financial services directly to people in the remotest of villages and habitations and to the financially marginalised in both rural and urban areas. The services are expected to be gradually expanded. More than twice the strength of the current network of banking services countrywide, once the IPPB rolls in by the yearend, it will also function as the largest and most inclusive banking service.

Apart from drawing in thousands of the currently unbanked and under-banked into the country’s banking system, the IPPB will provide regular, digital and basic savings account facilities, mainly to social-sector beneficiaries, unorganised sector workers, migrant workers, MSME sector, panchayats and low-income households. The accounts will allow for zero-balance at a set interest of 4 per cent each year, with the option of linking to the existing postal savings accounts. To aid both the newly-banked and the unbanked, the IPPB is authorised to pay customers in cash after verifying their identity through biometrics. At the moment, instead of dishing out ATM services, post office savings bank accounts provide a QR card which enables the elderly and those unable to make it to the post office to access the Gram Dak Sewaks (GDS) at their doorstep for a charge of Rs 25 for cash transactions.

With the launch of the IPPB, the twin social objectives of the government to reduce poverty and inequality are closely intertwined enabling last-mile financial inclusion and financial literacy among the marginalised and excluded groups. The IPPB push by the Modi Government has become all the more important following a recent World Bank report which highlighted that in India, 190 million adults do not yet have a bank account despite the ambitious Jan Dhan Yojana. It makes India the second largest country after China with the highest unbanked population, and despite the share of those with bank accounts more than doubling since 2011, to 80 per cent.

While congratulating the Indian Government for its financial inclusion scheme, the Jan Dhan Yojana, launched in 2014, which brought in an additional 310 million subscribers into the formal banking system by March this year, the report pointed out that close to half the bank accounts remained inactive in the previous year. According to the Global Findex Database report of the World Bank, 11 per cent of the world’s unbanked adults are in India. Globally, close to 70 per cent of 3.8 billion adults have either a bank account or a mobile money provider, both of which are viewed as key steps to thwart poverty.

Praising the Jan Dhan Yojana, the report stated: ‘This policy benefited traditionally excluded groups and will help ensure inclusive growth in account ownership’. Account ownership went up by more than 30 percentage points among women and adults in the poorest 40 per cent households of the country between 2014 and 2017. Among men and adults in the wealthiest 60 per cent households, account ownership spiked by 20 per cent. The gender gap too shrank sharply. Three years back, men were 20 percentage points more likely than women to own an account, the report observed.

By early 2018, though, the gender gap shrank to only 6 percentage points, thanks mostly to the biometrics-powered Jan Dhan Yojana. But while 42 per cent of the male account owners used digital services, only 29 per cent of female account owners took to it. The report also praised the government’s aggressive drive to push for a switch to digital transactions from cash, with World Bank President Jim Yong Kim pointing out that the world in general had seen great strides in connecting people to formal financial services, allowing individuals and families to save for family needs, borrow to support business or build a cushion against an emergency, thus reducing both poverty and inequality.

Despite the government’s aggressive efforts to widen the net of financial inclusion and literacy in rural and semi-urban India and among marginalised groups, the World Bank report observed that India and China, home to the world’s largest populations, demanded sustained and more determined efforts by governments for a wider outreach.

THE IPPB PUSH COMES IN THE wake of a recent NABARD survey which found that barely 10 per cent of rural households possessed good financial literacy. “Sore lack of financial literacy is the top reason why many of the Jan Dhan accounts have remained inert. This is all the more the case among women respondents, since they tend to be less educated, more afraid of using financial services and less inclined to wade through a terrifying maze of processes at regular banks,” claims a NABARD official, adding, “The findings of the survey have only emphasised that the primary thing to do for last-mile financial inclusion is to sustainably introduce very accessible, easy, user-friendly and basic services at the doorstep and then gradually expand the menu. India Post’s biggest advantage is the trust and friendliness its staff and outreach employees such as the postman and the Grameen Dak Sewaks inspire in the target communities.” The IPPB and its savings account services are aimed at buttressing that literacy at the doorstep of the customer, using the existing network of postal staff countrywide. In aggressively harnessing the world’s largest postal network into its last- mile financial inclusion project, the Modi Government is determined to drastically change that financial literacy map, especially in rural areas, within a tight timeline.

Last year, a panel of secretaries set up by the government, submitted its report on a major revamp of India Post aimed to boost last-mile financial inclusion. The panel included secretaries from the departments of commerce, industrial policy and promotion, external affairs, steel, textile, MSME and tourism.

India Post’s more than 1.5 lakh post offices across the country, with 90 per cent of them located in rural areas, could be a potent weapon in revolutionising the government’s objectives if encashed properly, the panel said. In effect, India Post’s massive outreach into the remote, rural and unbanked areas and people with financial services could effectively be tapped to achieve the government’s own objective of last-mile financial inclusion at the earliest.

The move could urgently put a brake on India Post’s rapid downslide as a crucial communication and services lifeline among India’s rural folk and forestall its growing economic inefficiency in an aggressively competitive market powered by technology. The state-owned juggernaut has, in recent years, been dogged by lack of rationalisation of costs despite adding services such as money order, telegram, inland letters (all now discontinued) post cards, air mail, parcel delivery, speed post, postal insurance, passport services, and so on. More recently, post offices have taken on the work of MGNREGA-related wage delivery in rural areas through postal accounts. Arming the 164-year-old India Post with a fresh new goal countrywide that dovetails with the government’s socio-economic and financial objectives through the IPPB is expected to reinvent the communications behemoth, both in terms of social relevance and revenue.

By gradually increasing and widening the menu of services offered to the unbanked and under-banked, the IPPB is expected to usher in change. NABARD’s findings showed that only 7.4 per cent of the respondents in rural households used debit or credit cards to make payments in the last three months and only 16 per cent of the respondents used mobile banking in the same period. Sustained delivery and use of IPPB services to the financially-excluded groups is also expected to build a credit history that will allow easy risk assessments and facilitate better institutional borrowing by target groups.

By launching the IPPB after the Jan Dhan Yojana, the Modi Government is clearly aiming to achieve last-mile financial inclusion and complete financial literacy at the earliest. Kavita and women like her are likely to be direct beneficiaries, adding to a less deprived and financially robust India.