A Tale of Two Indias

It’s no longer business as usual 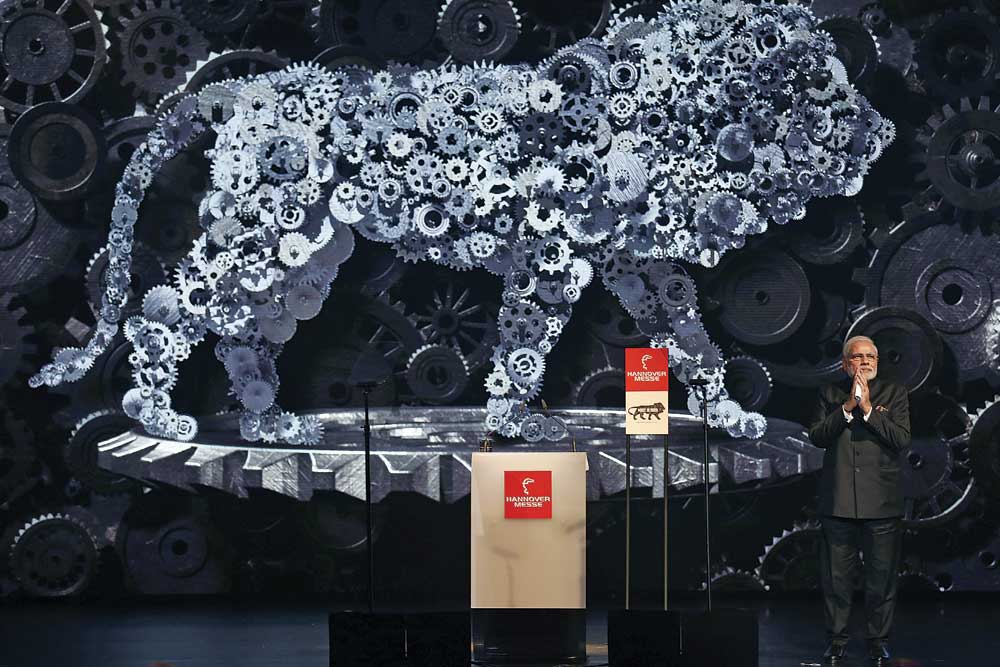 ON THE EVE OF the 2014 General Election, India’s economy was pretty much in the doldrums. The traditional cause of weakness in economic growth—low investment—was proving hard to fix. At the governmental level, the notorious ‘policy paralysis’ had sapped the energy of Indian investors. Outside the country, there was a sense of ‘India fatigue’.

In the years since then, many of those problems have persisted. The banking sector, for example, remains burdened with bad loans even as efforts are being made to relieve it. But in one sphere, the NDA Government has acted fast: sending out a welcome signal to foreign investors by improving India’s Ease of Business (EoB) rank. This has been a tough slog: India has risen marginally to 130 from 131 on the global chart in the 2016 edition of the World Bank’s Doing Business report. Persistent problems such as resolving insolvency and enforcement of contracts have proved a drag in the effort to raise India’s EoB ranking. But this has not disheartened the Government. A slew of legislation to fix banking and insolvency problems is in the works. On August 28th, Union Minister for Law and Justice Ravi Shankar Prasad mentioned the country’s progress in launching commercial courts, a much needed step to fix the broken contract enforcement system.

To an extent, this has paid off. Foreign Direct Investment (FDI) inflows have remained robust. Data from the United Nations Conference on Trade and Development shows that India gained FDI of $44 billion in 2016. On global FDI inflows, the country went up to No 9 last year from No 10 in 2015.

The trouble is that India is not a unitary black box where everything can be fixed by New Delhi. On top of that, the World Bank prepares its Doing Business report by carrying out surveys only in Delhi and Mumbai. This distorts the EoB picture. It is as if all economic activity takes place in these megapolises alone. Differences between various Indian states, cities and Union Territories and the efforts made by them to improve the business and economic climate are overlooked. In addition, there is no emphasis on how firms—the entities wooed by various states to come and set up shop there—interpret the details of EoB data.

To create a competitive ecosystem, getting an accurate picture of the prevailing economic conditions in these states is necessary. Almost all states want industrial investment and, with few exceptions, most have no expertise in formulating industrial policies— which are in vogue again—to attract investment. State-wise EoB data can serve the purpose of creating a user manual of sorts on the kind of reforms that are needed.

One part of that effort was visible on August 28th when the NITI Aayog—in collaboration with the IDFC Institute, a private think-tank based in Mumbai—released Ease of Business: An Enterprise Survey of Indian States. The report plumbs the responses of companies—3,326 manufacturing enterprises spread across all states and UTs (except Arunachal Pradesh, Mizoram, Lakshadweep and Andaman and Nicobar Islands). The picture that emerges is of ‘two Indias’, one a high-growth part of the country in the western region and a sprinkling of states here and there (Bihar is one example), and the other, a low-growth zone that lags in terms of economic output, productivity and, crucially, in fixing the policy environment needed to attract investment.

In key areas such as land allotment, construction permits, electricity connections, hours of power shortage, the low-growth states lag significantly behind their faster-growing counterparts. Some of these differences are revealing. For example, on the time taken in allotment of land for a new business—a major factor that drags down industrialisation in India—there is a remarkable gap between high and slow growing states. Most slow-growing states have been in the grip of populism for long, Punjab being the exemplar here. These differences are reflective of policy divergences between these two types of states.

The implications are clear: firms in high-growth states report fewer obstacles in opening and running a business as compared to the scenario in slow-growth states. Younger firms—a proxy for start-ups and technology firms—prefer to set up shop in the former.

When these differences are contrasted with where the bulk of employable people reside in the young age group of 20 to 45 years, then a truly disturbing picture emerges. High-growth India is simply leaving many difficult-to- govern states, especially in the northern part of the country, behind.

IS THERE A typology of states here that reflects the differences between slow and fast-growing states?

“I think it is not correct to picture states as losers and winners on the EoB front. What is more important is to further these strengths and minimise weaknesses. That is the rationale behind the EoB effort,” says Vivek Dehejia, a resident senior fellow at IDFC Institute who worked on the Survey. “The second report [of the Survey] will look at the issue of various EoB parameters among states at a much more granular level,” he adds, “It will be a ‘how to’ kind of manual for states on the kind of changes they need to make.”

If differences between states are a matter for concern, there’s an even bigger issue at hand. It is the Indian version of what’s often called the ‘Getting to Denmark’ problem. One knows that faster- growing states have a better investment record and also perform better on various EoB parameters. But which one leads to what? Does higher growth lead to a better EoB rank, or does a better rank serve as a powerful signal to investors to come to these states with their bags of money?

“There is a strong correlation between Ease of Business and economic growth, but it is statistically very hard to determine cause and effect in one direction,” says Dehejia, “The key point is there’s a virtuous circle here with a feedback loop where one feeds into the other. The important issue is to create an ecosystem that generates this virtuous cycle.”

One example of this unclear cause-and-effect sequence can be seen in the response of firms about electricity. The difference between the two types of states on getting electric connections and power shortages is one marker that distinguishes them in the report. This difference often arises because slow-growing states do not have enough electricity-generation capacity. Building power plants is expensive and most financially strapped states don’t have the required funds. So how does a poor state improve the situation? Does it invest in power stations that will ultimately lead to a better EoB rank? Or does it do something first to improve its EoB rank so that the necessary investment begins to flow in?

Much depends on how states square this circle. The World Bank measures various parts of the EoB in terms of what it calls the ‘distance to frontier’ score that varies from 0 to 100. The higher the score, the better the state does on a given variable. For example, some states do better on infrastructure, some are better at providing clearances. The best bet is to leverage the strengths and try to minimise the weaknesses. This is not easy. For one, most states are still caught in the old law-and-order mode of governance. Merely having a department for investment and a liaison officer can’t make the difference that is required. For another, the absence of economics expertise acts as a barrier to taking the right kind of decisions. Finally, compulsions of the political economy are much harder to negotiate at the state-level. Unlike the case of the Central Government, there is virtually no ‘distance’ between the governors and the governed. As a result, the ability of state governments to curb subsidies and use money for investment is very limited. As compared to the Centre, it is difficult for them to shape the policy environment. Yet, increasingly, state administrations are now being looked upon for most economic reforms to be carried out. The EoB story points to these contradictions.

The second volume of the Survey is expected soon. It will have a more detailed perspective on what states lack and what their strengths are. Meanwhile, there is plenty to do. The report notes that only 20 per cent of the firms that had started operations during or after 2014 said they had used a single-window system to set-up their businesses. Clearly, some additional effort has to be made to convey the reforms that have been carried out over the past years. One way to assuage investors is to try and communicate better with them. Some states try and do this by holding ‘investor summits’ where the Chief Minister is available for consultation to potential investors.

Three years ago, when the Narendra Modi Government came to power, many expected that economic reforms would be done with the swish of a wand. From undoing the pernicious legacy of labour laws to revising other regulations that stifle enterprise— some that date back to the year of India’s independence—the path of liberalisation has been strewn with obstacles. If anything, reforms at the level of states are even more difficult to carry out. But a detailed survey can inform their leadership what they need to do, and more importantly, what not to.