Time to Shatter the Money Illusion

The conjuror of this illusion, of course, is what we call ‘inflation’. And while American policymakers have managed to quell it, in India it still moves in mysterious ways 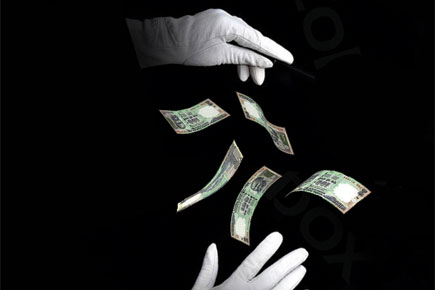 Number crunching season is upon us. And while analysts whip up a storm of figures drawn from the Budget to crunch—and torture, in some cases, to confess one view of the economy or another—it is also a good time to sit back, take a deep breath over the state of your own finances, and nag yourself about how much money you are actually putting away for the future. Tele-marketers selling pension schemes are already doing it, and rather shamelessly at that: their preferred pitch involves a modest sum you must invest every month, placed in contrast with a vast sum promised a few decades hence. What they fail to mention is what that cash would be worth after all those years. One can’t blame them, though, for they simply do not know. Nor, frankly, does anybody else.

What’s not known is assumed not to matter and what’s nominal is presented as real. It’s ‘the Money Illusion’ at work.

In the US, the phenomenon has earned its fair share of infamy over the decades since Irving Fisher first coined the term. His 1928 classic, The Money Illusion, is still a rewarding read. ‘As I write,’ the book begins, ‘your dollar is worth about 70 cents. This means 70 cents of pre-War buying power. In other words 70 cents would buy as much of all commodities in 1913 as 100 cents will buy at present. Your dollar now is not the same dollar you knew before [World War I]. The dollar seems always to be the same but is always changing. It is unstable. So are the British pound, the French franc, the Italian lira, the German mark, and every other unit of money. Important problems grow out of this great fact—that units of money are not stable in buying power.’

That, Fisher adds, is something ‘the general public’ is scarcely aware of. ‘Why this oversight? Why is it that we have been so slow to take up these fundamental problems which are of vital concern to all people? It is because of the ‘Money Illusion’; that is, the failure to perceive that the dollar, or any other unit of money, expands or shrinks in value. We simply take it for granted that ‘a dollar is a dollar’… that all money is stable, just as centuries ago, before Copernicus, people took it for granted that this earth was stationary, that there was really such a fact as a sunrise or a sunset. We know now that sunrise and sunset are illusions produced by the rotation of the earth around its axis, and yet we still speak of, and even think of, the sun as rising and setting!’

‘We need a somewhat similar change of ideas in thinking about money,’ concludes the Yale professor’s introduction, ‘Instead of thinking of a ‘high cost of living’ as a rise in price of many separate commodities which simply happen, by coincidence, to rise at the same time, we shall find instead that it is really the dollar, or any other money unit, which varies.’ The conjuror of the illusion in question, of course, is what we call ‘inflation’. Once exposed for the horror it was to Americans at large, US policymakers went after it hammer and tongs (in the shape of fiscal and monetary policies, Fed chief Paul Volker’s efforts being among the most effective). In India, alas, not only does the odd delusion persist, inflation still moves in mysterious ways (in spite of the Volkeresque efforts of RBI Governor Raghuram Rajan, one might add).

Cynics spy a loose conspiracy of sorts in the persistence of India’s price problems. Big borrowers are pleased by high inflation, they say, since it means they have to pay less of their loan money back in real terms (while adhering to an illusory payback schedule); and if the rupee loses less value than they’d counted on, some of them simply prefer to default. Big employers are also said to love inflation, for it allows them to offer their workers fictional pay hikes. Big corporations in general are seen to revel in the performance elation it assures: sales, profits, dividends, share prices, stock ops, all of it looks so much more exciting on charts with sharp inclines year after year.

The losers are regular folk who find their expenses rising inexorably, not to mention those huffing and puffing to save enough for their old age. But the fact that an illusion favours some and hurts others in itself is no evidence of a grand plot to enrich the rich at the cost of the rest. After all, a government that spends a whole lot more than what it earns could end up stoking inflation even if its earnest aim is to reduce poverty or raise infrastructure. It’s one of those tragic ironies. It’s also why a fiscal slip-up at this juncture, just as India adjusts to a less illusory economy, would be such a let-down.