Days in the Sun 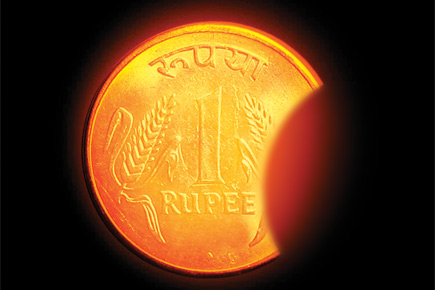 
India is on a roll. A prolonged spell of political stability, its young and energetic workforce, and eight good monsoon years have helped the economy log an annual average growth of 9 per cent. For three consecutive years starting 2013, it even clocked double-digit growth, making it the world’s third largest and second fastest growing economy. India is also the world’s fourth most voracious consumer market, with spend levels topping Rs 50 trillion. This figure has left the world rubbing its eyes in disbelief, thus boosting inbound McTourism—foreigners arriving just to see how the once-starved country is gorging itself on any and everything the world has to offer.

The statistics are clear. In the last ten years, an Indian’s average income has almost tripled, with disposable household income nearing Rs 3 lakh. That doesn’t yet mean bank cashiers are driving Porsches to work, but poverty is now history, as certified by the Central Statistical Office. Like statistics, all public decisions are now in the safe hands of the Great Indian Middle Class, which has swollen to an estimated 600 million, who share among themselves a record 1.2 billion cellphone subscriptions. The country also boasts of 20 million in the ranks of the super rich, and the Forbes’ Billionaire List has long been a monopoly of Indian names.

As in the past, India has its vibrant private sector to thank. Supported strongly by the country’s policy framework, such Indian firms as Reliance, Bharti, TCS and Infosys emulated Tata Steel in buying overseas companies several times their size, thus doing the country proud. The new breakout moment for India’s $375 billion infotech sector came in 2016 when TCS and Infosys snapped up IBM and Accenture respectively. In the telecom sector, with 1,204 phones for every 1,000 people in urban areas, the market began showing signs of stagnation. But the entry of 18 new operators in a span of four years, and the rollout of 5G services, has boosted business again. Business has been so good and future prospects so robust, that by 2018, the Government’s fiscal deficit was almost wiped out by 5G spectrum auctions alone.

In some other sectors, litigation and family squabbles were dominant. They continued to haunt the brothers Ambani, who topped the Forbes ranking in 2017 and have stayed there since, but an end to the issue seems in sight—since the Supreme Court reserved its judgement on the KG Basin gas dispute last week.

The colourful businessman Vijay Mallya has also had his share of highs this decade. In what many considered an audacious and overpriced deal, he bought off the struggling international airline KLM-Northwest in 2018. In a departure from tradition, perhaps forced by soaring fuel prices, a KLM flight flew around the Pittsburgh Balaji temple instead of the Tirupati temple in South India.

Over at Bombay House, headquarters of the Tata group, Tata Motors’ super cheap car Nano finally cracked the market in 2016—by when enough were on the road to give the company a decent market share. Jaguar and Land Rover scored well in the Middle East market for refusing to convert to electric power. Chairman Ratan Tata announced that his successor could be anybody, from any planet whatsoever, who can demonstrate familiarity with the Taj.