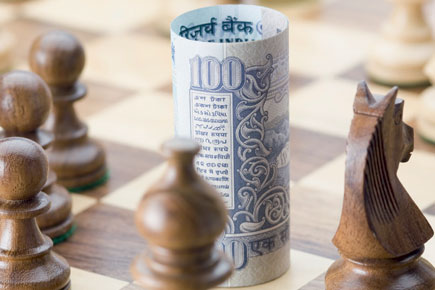 
It is rare for a finance minister to comment on the exchange rate of his country’s currency. India’s Finance Minister Palaniappan Chidambaram recently did. “I think the rupee must find a reasonable level,” he said, “its true level.” By this, all market players know he means a stronger rupee vis-à-vis the US dollar. It is the tactical focus of his plan to stabilise the economy. India’s immediate crisis, which also explains the threat of a sovereign down­grade by global credit rating agencies, concerns three yawning gaps: between ideal and actual prices (inflation), dollars earned and spent (current account deficit), and the Centre’s revenues and expenditure (fiscal deficit). All three are related in one way or another to the rupee in general and India’s burden­some import bill in particular.

Straightaway, a rupee that buys larger quantities from abroad means that much less foreign exchange spent on imports, which reduces the current account deficit. Of course, closing the trade gap is about boosting exports as much as containing imports. In theory, Indian exports need a soft rupee to prosper, but the past year has shown that a cheap currency does not help if destination markets are in recession. So the gains of a harder rupee outweigh the costs. “The level that the minister is referring to is around Rs 50 -51 to the dollar,” estimates Vivek Sharma, executive director, Ernst & Young, “And this desired level is important for the Government, as it brings down the import bill for crude oil.” This need not translate directly into sharply lower prices at filling stations, since retail prices in India are suppressed by subsidies, but less State expenditure on subsidies reduces the fiscal deficit (which is inflationary).

The rupee’s level is largely market determined, and for it to rise, global demand for the currency must go up too. For this, the Finance Minister is hopeful of increasing dollar inflows from overseas. This is made plausible by the US Federal Reserve’s latest bout of quantitative easing (QE3), which makes more money available, but it would still have to be India’s reforms story that attracts investment.

The rupee rose in response to the Government’s recent reform announcements, but has slipped back a little too. How sustainable is its rise? “It would depend on the longevity of foreign institutional investors’ faith in India’s reform credentials and the implementa­tion of reforms on the ground level,” says Sharma. On both these counts, if dollar inflows are any indication, doubts are still to be laid to rest