A Desire for Celibacy

She doesn’t live the life of a cloistered nun, but renunciation of sex was key to the spiritual journey she embarked upon in her late teens. 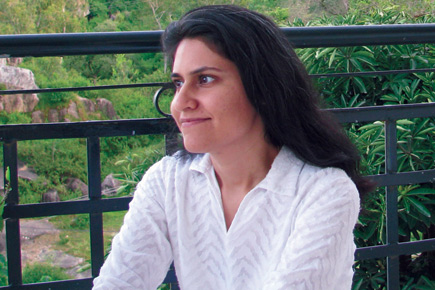 Renunciation of sex was key to the spiritual journey she embarked upon in her late teens.


Some like it hot, others prefer a warm togetherness, a handful are frigid and a few odd ones, like me, stick out like a sore thumb for just not being interested at all. In sex, that is, in case you hadn’t caught on. Please note that I have not clubbed myself with the frigid lot. That is because I perceive such people as having major personal or interpersonal issues—an aversion to the opposite gender, or discomfort with the concept of sexuality, or self-esteem problems. I have no such problems. My present relationship status—‘celibate’ (sadly, not an option on Facebook)—is an outcome of years of experimenting with spirituality. Allow me to backtrack to my childhood.

My earliest inclination towards spirituality showed at around age eight, when my parents discovered that I had a morbid fear of death. I would press my mother, waking her up at unearthly hours of the night, to tell me what happens when we die. Her answers, which were pretty God-centric, pacified me enough to put me to sleep again, but that’s about it. I received no lasting solace, and the fear persisted.

Some years later, around my early teens, I began thinking about vegetarianism, encouraged by my father who was thinking along the same lines. He shared a pamphlet he had been reading with me—just one line from it was enough to convert me into a die-hard veggie. As I recall, it read, ‘Would you still eat meat if you had to kill and disembowel the animal yourself?’ I was a sensitive child, and the very thought of killing an animal (even today, killing a mosquito is about as vindictive as I can get) horrified me. A vegetarian diet may seem at odds with celibacy. I mean, India has its fair share of vegetarians and hardly any are celibate. But I share this because the episode was part of a build-up. I was slowly growing aware and considerate of consciousness in other life forms.

It is my next milestone, during my late teens, that emerged as the turning point of my life. I developed a keen interest in experiencing the permanence of life, to identify with my inner spirit vis-à-vis being aware of myself as a body. I was in a relationship at the time, a twosome that had grown jaded and should have died a natural death, but for some reason remained alive, perhaps due to the propulsion of habit? My boyfriend’s presence was comforting, but the trappings of attachment, emotional see-saws and sex weighed heavily on my spirit. In my experience, nothing sucks out energy as rapidly and detrimentally from a soul as a relationship gone sour. In my case, it also prevented me from experiencing my true self, the spark within, as I was so caught up with all that had gone wrong in our relationship.

Enlightenment meant a lot to me, to the point that I felt incomplete without it. So I engaged with spirituality, choosing to learn meditation, the art of turning your attention inwards. My ‘ex’ did it too, professing, as many do, an interest in experiencing the realm beyond, until he found comfort in the arms of another, leaving me free to pursue my calling.

You might think that practising meditation is also a far cry from a celibate lifestyle. After all, plenty of people meditate to feel peaceful. I agree. But one of my earliest observations about spirituality and humanity is that most people are interested in spirituality (or religion, for that matter, even though the two are different) to enhance the quality of their earthly lives. While this is understandable, my needs, then and now, were significantly different. Unlike other spirituality enthusiasts, I was not content withdrawing to an inner space, to experience calm for a few minutes every day. I wanted to experience soul consciousness, whenever I wanted, for as long as I wanted, irrespective of where I was. I had a lofty ambition—I wanted soul consciousness to become my natural nature, and my physical identity to take a backseat. I say this to clarify my key motivation. I did not aim for celibacy as a lifestyle. Instead, my desire to experience the permanence of life changed my life. As I discovered over the years, when you experience consciousness, you feel such bliss that you don’t need anything else, including sex.

When I experience myself as consciousness, my body becomes an instrument—a means to live, yes, but not a means to achieve an orgasmic end. Existential bliss is a heady experience, far superior to any earthly delight. So it is but natural that in my early days, every high left me wanting more. Nonetheless, as I progressed, I battled residual emotions of the world I was slowly losing touch with—attraction, the feeling of being incomplete without a partner, sexual fulfillment and so on. Sometimes, these urges would be too strong to overcome. And I say in all honesty that rather than wallow in frustration, I indulged these desires, only to gather a few skeletons for a cupboard that I now have no use for.

I believe that introspection and studying spiritual texts, Taoism, holism, temple architecture and much more helped clear my path. One principle brought significant clarity to my mind, clarity being a great asset as it makes for better experiences as well as helps break old thought patterns. The principle is that the soul is neither male nor female. So, when you experience yourself as pure consciousness, you no longer experience gender-related compulsive attractions. You only experience the urge for sex when you identify with yourself as a physical body, male or female. The spirit within does not need another to feel complete.

This principle led me to realise, maybe as the sages of yore did while meditating in the Himalayas, that celibacy is not a means to enlightenment. Celibacy is simply a logical outcome of being aware of consciousness, your own and within life forms around you. The more aware you are of the permanence of life, the less attracted you are to fleeting sensual pleasures. Spirituality became easy after this experiential discovery, such that today, it is natural for me to experience consciousness.

“The whole point is about rising above the need for sex. It’s not about feeling frustrated.” This is something I’ve said to many friends, especially when they ask me if I get the hots for supposedly (in their view) good-looking guys. Of course, I’m not blind to physical attributes. Let’s just say I take different body shapes, facial symmetries and skin tones in my stride. I am neither judgemental of people over their appearance nor do I have any preference for or attraction towards a particular set of attributes.

The fact that I’m celibate does not preclude communicating with persons of the opposite gender, or make me shy away from physical contact like handshakes or hugging loved ones, male or female. I have male friends who understand where I am coming from. I think a lot of the people I meet are fazed by the fact that I don’t lead a monastic existence, and yet am celibate. As far as I’m concerned, my preoccupation with ‘reality’ led me into this realm. It, therefore, makes sense to lead a real existence, not closet myself behind the protective walls of a monastery.

Charu Bahri is a freelance writer and author of Sexual Dualism to Spiritual Oneness. Besides writing on diverse subjects, she enjoys working a few hours every day for a health charity. She lives in Mount Abu.