Do Men in Power Behave Badly?

The Political and the Phallic 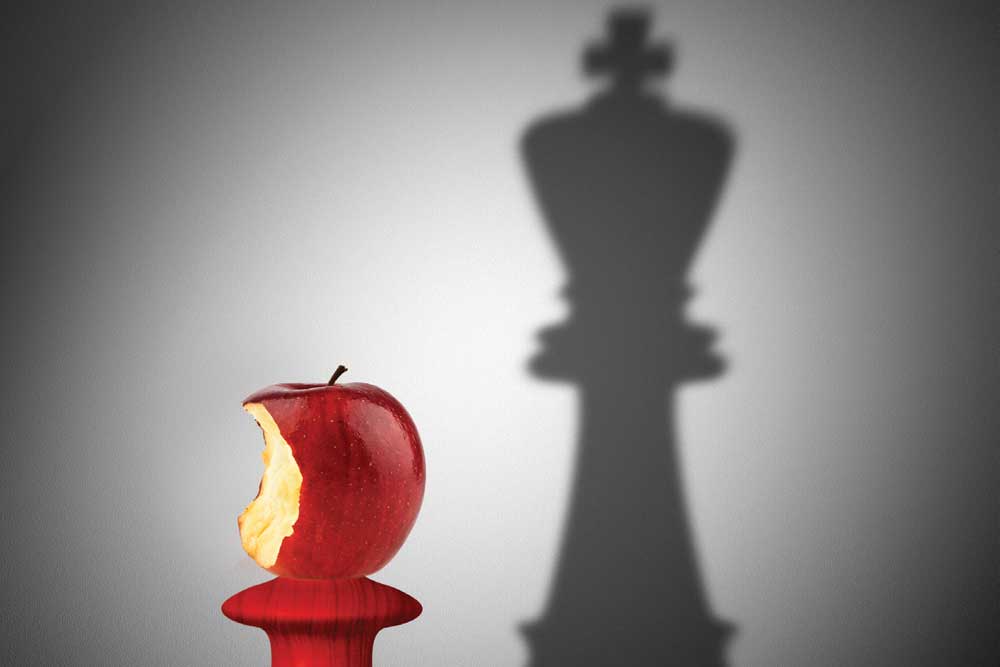 FATHER SCHEPERS QUOTED to us Blaise Pascal’s comment about the whole face of the world being different if Cleopatra’s nose had been shorter. The canny old Belgian Jesuit taught history at St Xavier’s College in Calcutta. When we were studying British history he emphasised that England would still have been a Catholic country if Henry VIII hadn’t insisted on marrying his “concubine”, as he called Anne Boleyn. Concubine was a deliciously tantalising word that conjured up exciting adolescent fantasies.

The turmoil it created left little scope to consider that the austerely celibate priest was arguing that history is made in bed in the Western world. In India it’s politics that is made in bed more often than our prudish posturing allows us to acknowledge. Some believe Jagjivan Ram might have been India’s first Dalit Prime Minister but for those naughty pictures of his son that Maneka Gandhi published in her magazine, Surya. The octogenarian governor who was landed with an unwanted son must have cursed the day DNA tests were invented. The Rashtriya Swayamsevak Sangh and Bharatiya Janata Party pundits who toppled a succession of pracharaks and other rising stars who had the temerity to enjoy themselves present the burly young Hardik Patel with a historic challenge.

They were more rational and less hypocritical in the world Father Schepers told us about. A flat-nosed Cleopatra would not have been able to seduce Julius Caesar. Similarly, a parrot’s beak of a nose may have put off Mark Anthony. However, Pascal’s simplistic view didn’t allow for the vagaries of individual taste. While England’s first Hanoverian king had a weakness for tall, ugly women, my Chinese Singaporean colleagues were shocked when Prince Charles married the present Duchess of Cornwall. Remembering the radiant Diana, they refused to believe beauty lies in the eye of the beholder. No matter what her looks, Camilla is the prince’s mehbooba.

As for the concubine, Henry’s lust for her may not have mattered from the Jesuit point of view if he went to Confession afterwards. But in his desperate search for a male heir, the Tudor monarch was determined to make an honest woman of Anne. That meant setting aside his older and less attractive but lawful and devoutly Roman Catholic first wife, Catherine of Aragon. Henry couldn’t do that without defying the Pope, rejecting Rome and embracing the Reformation. Father Schepers stressed this sexual origin of British Protestantism.

Not Protestantism alone but life itself. ‘I have never been able to distinguish the sexual urge and the urge to live,’ wrote Victor Purcell, a British colonial official, historian and Sinologist. There’s nothing new therefore about sexual predators lurking in dark corners of Indian universities, careers being made and unmade on Hollywood (or Bollywood) casting couches, and women popping out of the woodwork of Theresa May’s government to complain of being groped and grabbed.

Purcell would have approved of Lord Mountbatten who confessed, “Edwina and I spent all our married lives getting into other people’s beds.” Rumour had it the beds weren’t always of people of the opposite sex. Those around them in India—with the exception of the acerbic MO Mathai—insisted that whatever bed Lady Mountbatten jumped into, it wasn’t Jawaharlal Nehru’s. Pamela Hicks also maintains her mother and Nehru didn’t consummate their love. They didn’t have a chance, says Mountbatten’s matter- of-fact ADC, Freddie Burnaby Atkins, because too many people crowded round them all the time. The true desi spurns such a mundane reason. If they didn’t go to bed, it was not because she didn’t try to seduce him like a wanton memsahib, but because he was too devout a Hindu for carnal indulgence. Actually, the desi nurses the secret salacious conviction that they did. Nehru, after all, was English by education, Muslim by culture and Hindu only by accident.

People ignore sex in high places until newspapers and television tear off the camouflage. British cupboards rattle with skeletons that are seldom mentioned

One wonders whether it would have made any difference to anyone save the two principals if they had. Nehru was no stranger to romance. The Mountbattens were a dazzlingly promiscuous couple whose sexual exploits were the talk of London’s Mayfair. Not only did Mountbatten accommodate his wife’s serial infidelities, his attitude to Nehru even before the first meeting in Singapore (which is described in detail in my book, Looking East to Look West: Lee Kuan Yew’s Mission India) was marked by the utmost calculation. The term ‘honey trap’ doesn’t seem inappropriate.

‘The real key to the study of a life lies in a knowledge of the emotions and passions,’ according to Madras-born, Sandhurst-trained Frederick Lugard, governor of Hong Kong and governor- general of Nigeria. ‘Of these the sexual instinct is recognised as the most potent for good or ill, and it has certainly been so in my life.’ The reticence of biographers may have helped to burnish the larger-than-life image of their subjects but wouldn’t have met with Father Schepers’s approval as a historian.

Franklin D Roosevelt’s biographer Joseph E Persico is less mealy-mouthed about the women in the president’s life. ‘They form and reveal him,’ he explains, describing Roosevelt’s adoring if domineering mother; his homely wife, Eleanor; the devoted personal aide, Missy LeHand; and his great love and mistress for 30 years, Lucy Mercer Rutherfurd, who was Eleanor’s social secretary. John F Kennedy’s philanderings, including with Marilyn Monroe, were well known to the cognoscenti. “If I don’t have sex every day, I get a headache,” he told many visitors, including Harold Macmillan, but it was as much a secret as Roosevelt’s mistress so far as the public was concerned. Monica Lewinsky and Bill Clinton provided the media frenzy.

People ignore sex in high places until newspapers and television tear off the camouflage. It was of the outcry that erupts then that Macaulay said that there is ‘no spectacle so ridiculous as the British public in one of its periodical fits of morality’. British cupboards rattle with skeletons that are seldom mentioned. It was late in the day when the popular schoolboy song, ‘Lloyd George Knew My Father!/ Father knew Lloyd George’ was parodied to ‘Lloyd George Knew My Mother!’ to indicate the Bible-thumping prime minister’s womanising. Macmillan’s refusal for the sake of his political career to give his wife, Lady Dorothy—daughter of the Duke of Devonshire, who had a long-lasting affair with the Conservative politician, Robert Boothby—the divorce she wanted wasn’t talked about. Nor were Boothby’s adventures with boys. The regular brushes with the police of his ex-Communist friend, Tom Driberg, a Labour MP for 28 years and a notoriously promiscuous homosexual at a time when homosexual acts were a criminal offence, were hushed up. Margaret Thatcher had no qualms about wanting Cecil Parkinson as foreign secretary despite the illegitimate and handicapped daughter whom he heartlessly ignored by his secretary. Lady Thatcher argued that Anthony Eden’s womanising had not prevented him from holding the same post.

It is not all right to set national standards that are so unreal that, like prohibition or the ceiling on election spending, they only encourage dishonesty

It’s all out in the open now thanks to the so-called sex dossier in which Father Schepers would probably have detected the hand of either a profit-driven media or politically upstaged rivals, or a conspiracy of the two. Whatever the authorship, it lists lurid details of the tastes and activities of 40 of Theresa May’s senior colleagues. Some sent indecent text messages, others stored pornography in ministerial computers, groped female (and male) assistants and indulged in sexual blackmail. There’s even rape. When a Conservative party worker told the police her drink was spiked with “a date-rape drug” in a bar in the Commons, they said it was not the first such complaint. The dossier mentions a cabinet minister who liked sex with other men wearing women’s perfume. An MP with a drink problem tried to follow a young activist into her hotel room during a party conference. Other young activists were warned that rejecting sexual advances would damage their career. The dossier probably doesn’t reveal more than the tip of the iceberg of harassment and importuning to which young women at Westminster are subjected.

Beyond the sexual motivation that Father Schepers’ historical references underlined lay the power of the distaff side. He might not have been surprised by the Victorian housewife who didn’t want the vote because any woman worth her salt ensured her husband and son voted as she wished. Women who command don’t always do so through their charms. Persico mentions Roosevelt’s mother, Sara Ann Delano. Other historians reckon England may not have lost her American colonies if King George III had not been so pig-headed about living up to the “George be a king!” injunction his mother constantly dinned into his ears.

For all the gossip with which Delhi once buzzed, we don’t know if Indira Gandhi similarly instigated Sanjay or whether it was he who egged her on. His mother, who was his source of strength, probably admired his enthusiasms too much to curb them. Siddhartha Shankar Ray recalled an incident when Sanjay defended cutting corners on the grounds that every businessman did so. “Every businessman isn’t the grandson of Jawaharlal Nehru and the great grandson of Motilal Nehru!” Ray warned. He claimed the polite admonition had the desired effect.

The West being less mindful of rank, Margaret Thatcher’s son Mark, Sanjay’s closest international counterpart, faced five legal actions in the US, and Revenue investigations in both the US and Britain. One can understand Lady Thatcher’s moving speech at Mrs Gandhi’s funeral, saying that as a mother and prime minister she understood exactly what the Indian leader had experienced. Her understanding may have been tinged with envy of the flexible rules, obsequious officials and lickspittle politicians who protected India’s princeling.

Her egregious son seems to have been an even greater bully. “Don’t you realise who I am?” was his customary response to not getting his own way. “Look, I am Mark Thatcher,” he yelled at an American waitress who didn’t serve his table first. “I don’t care if you’re Mark Twain, you take your turn like everybody else,” she retorted. Clive Whitmore, Lady Thatcher’s principal private secretary, is quoted as saying, “Mark was driven by greed and reluctant to pass up any opportunity.” Indians will not be surprised to learn Whitmore added that Lady Thatcher had “an air of resignation about it all, but was indulgent towards Mark”. She “knew well what he was up to, but the mother found it difficult to be tough with him”. Sounds familiar? What is not so familiar is that after scandals and complaints by senior civil servants, Sir Denis Thatcher, the prime minister’s husband, advised Mark to go abroad to avoid suggestions he was using his mother’s name to make money. Those who knew Feroze Gandhi claim he would have been as particular, if not as effective.

I have no idea if there’s any truth in the sex CD about Patel. Whether there is or not, remembering Sanjay Joshi, KC Kannan and KN Govindacharya and Uma Bharti, I think an end should be called to this moral blackmail in the name of purity. It may have been all right for Gandhi voluntarily to choose to sublimate his sexuality, although the psychological cost to his partners must have been devastating. It is not all right to set national standards that are so unreal that, like prohibition or the ceiling on election spending, they only encourage dissimulation and dishonesty. It will take a brave man to stand up to the cant, hypocrisy and posturing of Indian life and frankly acknowledge there is no virtue in pretending to deny the call of the flesh. That man could mark a turning point in Indian politics. 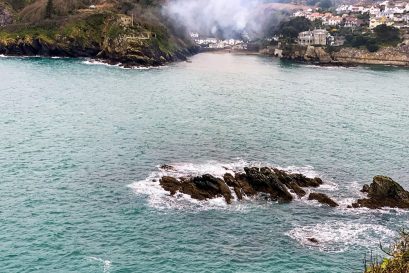 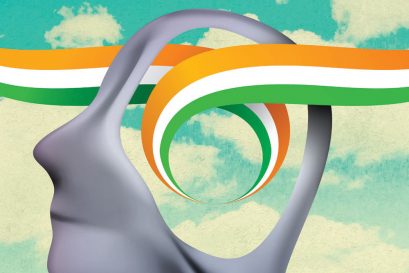 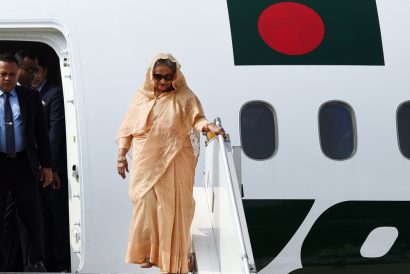