The excesses of state intervention in India have been justified in the name of Gandhi. That’s because he has often been reduced to a face on a currency note, or a remembrance fetish twice a year 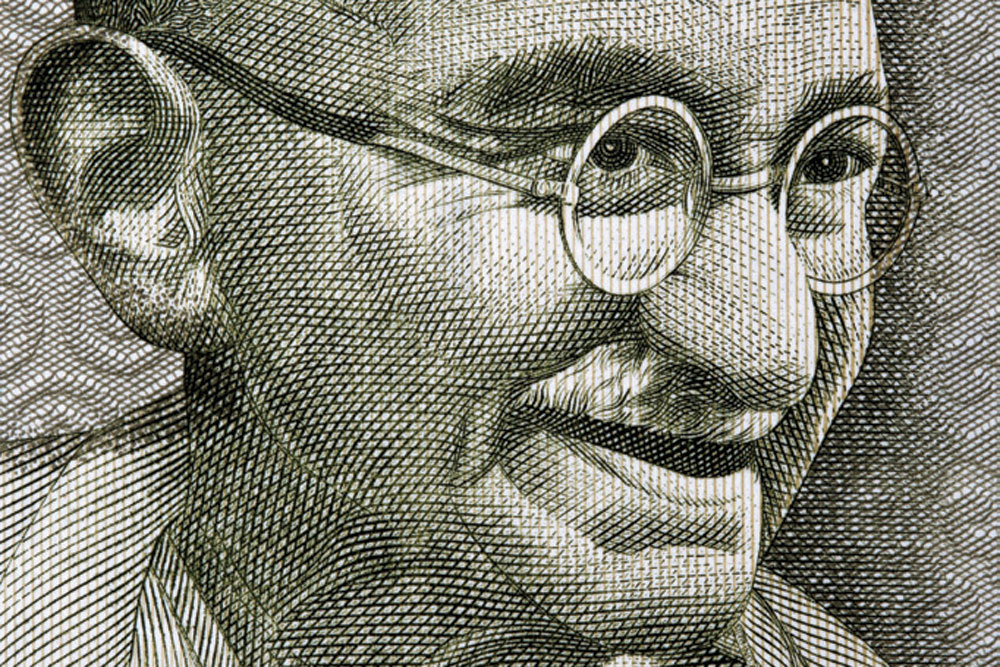 
IN 1944, A BOOK WRITTEN BY SHRIMAN Narayan Agarwal was published. This was titled The Gandhian Plan of Economic Development for India and Mahatma Gandhi wrote a foreword. The timeline is important. In 1931, the Karachi resolution of the Indian National Congress mentioned an economic and social programme that would be driven by the state. In 1938, this led to the National Planning Committee being formed and that, eventually, led to the Planning Commission. This was the path of socialism and state intervention, though not as extreme as the 1944 MN Roy-driven ‘People’s Plan’. At another extreme, in 1934, M Visvesvaraya wrote a book that advocated dependence on the market. The much-publicised Bombay Plan (of 1944-1945) was, contrary to what one might think, quite forthright in accepting state intervention and state controls.

What did Shriman Narayan Agarwal, endorsed by Mahatma Gandhi, have to say? ‘Merely copying Western plans, whether of the capitalist or the socialist type, will not do. We must evolve an indigenous plan with its roots firmly in the Indian soil. Well-organized and powerful Village Communities have been the distinguishing feature of India from times immemorial… But, of what avail shall such material prosperity be, if the people lose their soul, their spirit of freedom and self-government? Economic Planning, therefore, should necessitate the least amount of State control and coercion. That Government is best which governs the least. What, then, is the alternative? The solution lies in simplicity, decentralization and cottage industrialism.’

Many books have been written on Gandhian economic thought: by Shriman Narayan Agarwal, Bidyut Chakrabarty, AK Dasgupta, Amlan Datta, Peter Gonsalves, Joseph Cornelius Kumarappa, Narendar Pani, Ram Swarup and many others I don’t know of. In popular perception, Gandhian economics has been reduced to swadeshi, khadi, self-reliance and self-sufficiency, small-scale and village industries, Sarvodaya, non-materialism and sundry other things. Mahatma Gandhi wrote a lot, over a fairly long period of time. Therefore, it is always possible to find a quote, such as from Hind Swaraj, to straitjacket Gandhi’s views and perhaps even ridicule them. For example, here are some quotes from Hind Swaraj:

‘The railways, too, have spread the bubonic plague. Without them, the masses could not move from place to place. They are the carriers of plague germs. Formerly we had natural segregation. Railways have also increased the frequency of famines because, owing to facility of means of locomotion, people sell out their grain and it is sent to the dearest markets. People become careless and so the pressure of famine increases.’
‘We have managed with the same kind of plough as existed thousands of years ago. We have retained the same kind of cottages that we had in former times and our indigenous education remains the same as before. We have had no system of life-corroding competition. Each followed his own occupation or trade and charged a regulation wage. It was not that we did not know how to invent machinery, but our forefathers knew that if we set our hearts after such things, we would become slaves and lose our moral fibre.’

‘It is machinery that has impoverished India. It is difficult to measure the harm that Manchester has done to us. It is due to Manchester that Indian handicraft has all but disappeared. But I make a mistake. How can Manchester be blamed? We wore Manchester cloth and this is why Manchester wove it… Machinery has begun to desolate Europe. Ruination is now knocking at the English gates. Machinery is the chief symbol of modern civilization; it represents a great sin.’

There are more in the same vein.

Hind Swaraj was written in 1908. So there was a context. Mahatma Gandhi could also be inconsistent. In a preface to a subsequent edition of Hind Swaraj, Mahadev Desai wrote, ‘What is a common feature of all the other appreciative reviews of the book [earlier editions] is in the reviewers’ opinion Gandhiji’s unwarranted condemnation of machinery…. Replying to a question whether he was against all machinery, Gandhiji said: ‘How can I be when I know that even this body is a most delicate piece of machinery? The spinning wheel is a machine; a little toothpick is a machine. What I object to is the craze for machinery, not machinery as such. The craze is for what they call labour-saving machinery… For instance, I would make intelligent exceptions. Take the case of the Singer’s Sewing Machine. It is one of the few useful things ever invented, and there is a romance about the device itself.’ ‘But,’ asked the questioner, ‘there would have to be a factory for making these sewing machines, and it would have to contain power-driven machinery of ordinary type.’ ‘Yes,’ said Gandhiji, in reply. ‘But I am socialist enough to say that such factories should be nationalized, State-controlled… The saving of the labour of the individual should be the object, and not human greed the motive.’’ This conversation was in 1924.

I think reducing Gandhi’s views to these stereotypes misses the point a bit. Mahatma Gandhi spoke of Ramarajya. Mahatma Gandhi was deeply steeped in Hindu dharma. There are four yugas in a mahayuga cycle: satya/krita yuga, treta yuga, dvapara yuga and kali yuga. As one goes down the cycle, dharma progressively declines, by a quarter. In satya yuga, people were naturally virtuous. There was no need for kings, counterparts of today’s state. Kings were required to punish the wicked and protect the virtuous. Therefore, in satya yuga, the state was dysfunctional. Strictly speaking, Rama was from treta yuga. However, if one reads descriptions of the kingdom when Rama ruled, people were naturally prone to dharma. There were only minor deviations. In other words, the treta yuga of Ramarajya approximated satya yuga. That’s the reason Gandhi’s exhortations were moral ones, they did not involve the heavy hand of the state and the rule of law. The state is an external carrot or stick. Swadeshi, khadi, self-reliance and self-sufficiency, small-scale and village industries were internal voluntary principles. These didn’t require the external carrot or stick. Living, speaking and writing in kali yuga, Mahatma Gandhi was reminding us of an ideal satya yuga, where the state becomes redundant.

There is a little more. Every society has a governance structure, a system of decision-making, of even resource allocation. Though no ideal capitalism exists anywhere in the world, that template leaves everything to the market, that is, the individual. Though no ideal socialism/communism exists anywhere in the world, that template leaves everything to the state. These are two polar extremes. Our texts describe and prescribe a different template, one that we have forgotten about, though bits of this survived even as late as the 19th century. Some decisions are taken by the king/state, some decisions are taken by the individual/household, but a large number of decisions are also taken by the community. Anyone deeply immersed in the texts cannot but be struck by the fact that Hinduism has a third template, one that isn’t socialism and one that isn’t capitalism. For instance, the maximum retail price, skill development, clamping down on unfair and restrictive business practices don’t require state intervention. These were done by shrenis (the best English translation is guilds), one instance of community action. Ishta (sacrifices) and purti (civic works) were done by both the community and the individual. This explains the community-driven emphasis on self-reliance, self-sufficiency, villages and rural industrialisation. Add to that the individual’s dharma, also described in the texts. Dana (donations) were natural; they didn’t require the stick of corporate social responsibility. Moksha (emancipation) is for exceptional people. For ordinary individuals, the texts prescribe a right balance between the three other human objectives (purusharthas) of dharma, artha and kama, without excessive emphasis on one of the three. Stated simply, since Gandhi was so immersed in dharma, I don’t think it is possible to understand his beliefs without also being immersed in dharma. Those who have sought to equate his views with state intervention have sought to exorcise dharma from Indian life and have misrepresented him. Before anything else, Gopal Krishna Gokhale advised Mahatma Gandhi to extensively travel throughout India, which he did. Anyone who travels through India will appreciate the extent to which notions of dharma are deeply ingrained.

If one is immersed in dharma, regardless of whether one believes in Vedanta or not, one also realises how insignificant one is. Therefore, one ceases to make attempts to change the world. For thousands of years, the world has existed without that specific individual and will continue to exist for thousands of years more. Hence, one deduces one can only change one’s own self, the core of Gandhi’s beliefs. Everything else flowed from that. This is the antithesis of state-driven mindsets, where one seeks to change the world through state action. Unfortunately, the excesses of state intervention in India have been justified in the name of Mahatma Gandhi. That’s because Gandhi has often been reduced to a face on a currency note, or a remembrance fetish twice a year. On his 150th birth anniversary, one hopes more people read, and understand, him.