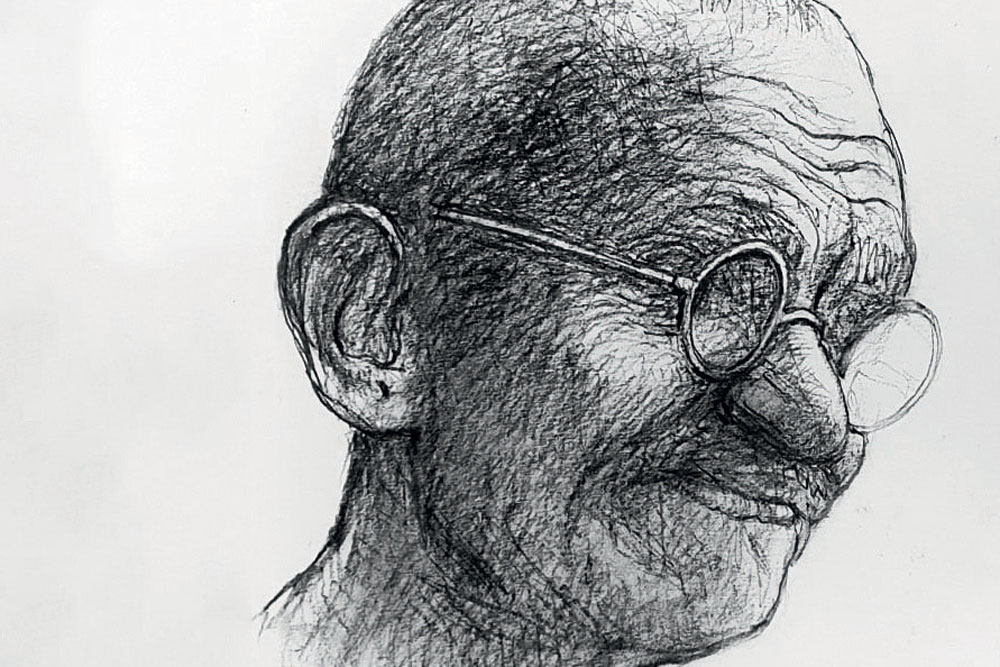 
In this season of commemorative excess, we should be ideally talking about the banality of invocation. To remember Gandhi, to return to one of those newly reprinted or annotated volumes to seek the most appropriate Gandhi quote, is to remain true to a habit. And Gandhi is an enduring one, necessary and least demanding. The moral system he built, through writing and living, is still an inspiration for the slogan-maker; in the country that shaped his thinking, it means very little. To bring a bit of Gandhi to our political behaviour, to apply a Gandhian thought on the daily routine, is to succumb to the temptations of the idealist. It is to deviate from the received notions of modernity. He could win the argument with the Empire, but the moral guide to freedom, individual as well as political, has virtually no practical relevance to the liberated. On his 150th birthday, he scores as an intellectual enterprise. Gandhi is to be written, not lived.

He lived his life as a lone rebel, in a world that tested him, challenged him, tormented him, and teased him. He engaged with its lies and tantalisations, its amoralities and, of course, its beauties. He was in a constant argument with everything he experienced as a naturalist and an intellectual, as a man and a mendicant, as a fighter and a pacifist. He went against the zeitgeist, political as well as cultural. He was leading a non-violent war on imperial terror, with ‘truth’ as the defining motif of his resistance, when, elsewhere in the world, violence was the only truth in the systems ideologies built. When ‘liberators’ of a different kind built Auschwitz and the Gulag, here was the first and last philosopher activist of ahimsa, putting his own inner imperium of truth against the Empire. Gandhi wrote: ‘Ahimsa is a comprehensive principle. We are helpless mortals caught in the conflagration of himsa. The saying that life lives on life has a deep meaning in it. Man cannot for a moment live without consciously or unconsciously committing outward himsa. The very fact of his living—eating, drinking and moving about—necessarily involves some himsa, destruction of life, be it ever so minute.

A votary of ahimsa therefore remains true to his faith if the spring of all his actions is compassion, if he shuns to the best of his ability the destruction of the tiniest creature, tries to save it, and thus incessantly strives to be free from the deadly coil of himsa. He will be constantly growing in self-restraint and compassion, but he can never become entirely free from outward himsa.’

Suffering is the aesthetics of Gandhian struggle. To suffer is to remain focused on the pursuit of truth. Suffering, first idealised by the Buddha, became a political pursuit in Gandhi. And he was one man for whom there was no separation between the public and the private, the political and the personal—he was the one without a secret. The suffering, as a political drama, was spectacular, a performance that borrowed nothing from the history of resistance. Its originality confounded his colonial tormentor—and even his colleagues and interpreters.

For the ultimate freedom fighter, the real battlefield was within. For the Buddha, the first ascetic, suffering was the only truth. So it was for the ascetic who perfected what Václav Havel would have called “the power of the powerless.” It was the divinity of being alive. As Tridip Suhrud, a scholar who has dedicated his mind to Gandhi, writes in his brilliant introduction to The Story of My Experiments with Truth, ‘Steadfastness to Truth, even unto death, requires immense and inexhaustible faith in God as Truth. Yet, Gandhi would confess that such perfect knowledge, realisation of perfect Truth, might not be possible so long as we are imprisoned in a mortal body.’ For the ultimate truth-seeker, suffering was, to borrow the philosopher’s term, ‘being in the world’.

The world is still curious about this man, and it is a world where ‘truth’ is a part of the populist’s neologisms. Once in a while, a part-time Gandhian would catch our attention. When Barack Obama—the Candidate, not the President—mesmerised America, a dash of Gandhi added to his poetic flourish. The bestselling prophet on the stump, and the post-racial reconciler America has been waiting for, could not have done without aphorisms ghost-written by Gandhi. Even if it was a campaign conceit, the candidate America thought was reliving the dream of Martin Luther King invoked an appropriate god. But it was Havel, in his writings about truth and dissent, who made Gandhi a philosophical ally in the struggle against power.

The ‘apolitical politics’ Havel practised, as a dissident in a Stalinist vassal, was very Gandhian in its emphasis on ‘living in truth’.

Today, the most famous Gujarati after Gandhi follows the manual of the Mahatma in his civic campaign. And in 2024, this Gandhian offensive against our bad habits could be Narendra Modi’s political slogan with an apolitical resonance. When certainties are being swept aside by new nationalist-redeemers, the elasticity of the Gandhian vision comes handy. There will always be a Gandhian piece of wisdom to make your politics not retro-cool but smart and urgent.

As a prolific writer and diarist, Gandhi’s output was as voluminous as the expanding Gandhian studies. He wrote his life, and I would say the truest Gandhians are those who are still reading him and writing his story. Even as they multiply, Gandhi remains an unfinished book, a half-read page, and still waiting for you. That is the greatness of stories never fully told. 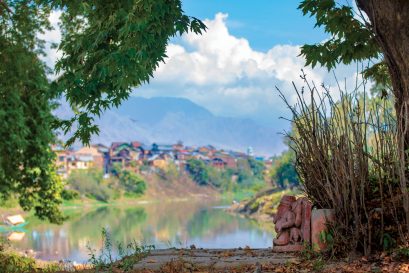 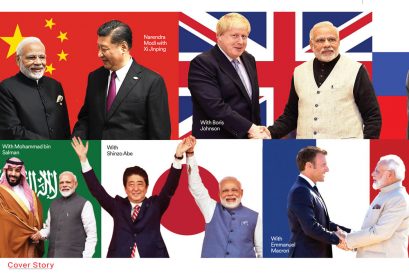 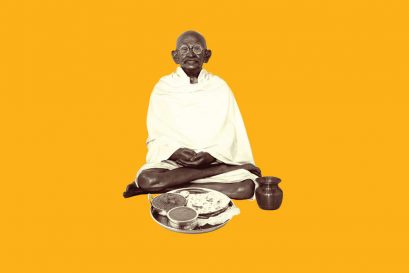 Our correspondent’s experiment with the Gandhian menu