The Rewards of Prudence 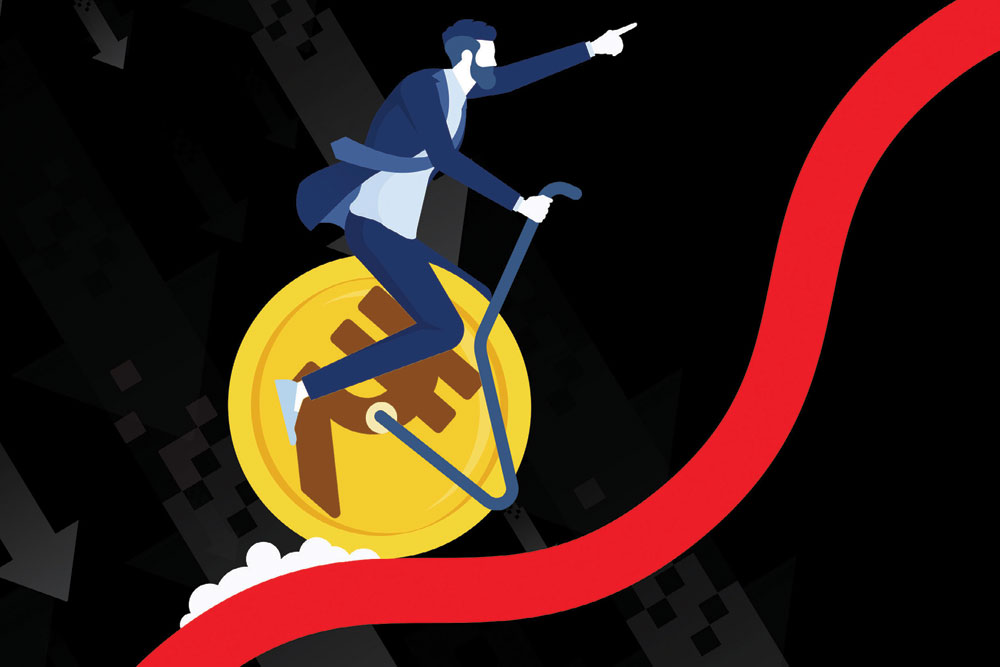 
THERE ARE THREE ways to look at India’s economic performance and its potential future: one can be positive to the point of being partisan; or one can move in the opposite direction and give a negative gloss on the outcomes. The third perspective is to stick to the facts and describe what has transpired (and what is likely to happen in the near future). Very often, the third is bound to veer towards the positive or the negative side given that economic facts are, after all, the result of human—often political—choices. But in the partisan commentary that now dominates India, it is hard to find the third perspective.

What India can achieve in 2023 and beyond must take into consideration the multiple shocks that have hit the world since 2020. First came the Covid-19 pandemic and then, in 2022, the war in Ukraine. The world is yet to recover from the two. India was not immune and bore the brunt of disruption. But then it did something else: it managed its economy in a cautious manner. Today, while the world totters between high inflation and a potential recession, India has not only managed to grow at 8.7 per cent in 2021-22. In 2022-23, it is expected to grow anywhere from 6.8 per cent (RBI’s estimates) to 6.9 per cent (World Bank, revised estimates, December 2022). These figures stand out when compared to the sclerotic performance of the global economy and its key drivers.

In 2023-24, the global economy is expected to grow at 2.7 per cent, down from 3.2 per cent in 2022-23 (according to IMF’s World Economic Outlook projections issued in October 2022). India is expected to grow at 6.1 per cent during this period. The Reserve Bank of India (RBI) estimates that in the first quarter of 2023-24 (April to June, 2023) India will grow at 7.1 per cent and at 5.9 per cent in the second quarter. These upbeat projections are part of the consensus that sees the world economy slowing down in the first half of 2023-24 and then picking up steam in the second half of the year.

The war in Ukraine, the second major shock to hit the global economy, has not left India unscathed. But compared to other emerging markets, India is better positioned to bear the stresses and strains from that shock. A World Bank report issued in December—‘Navigating the Storm’—noted that “India’s relative resilience comes from its solid economic fundamentals, significant foreign exchange reserves, available policy space and prudent macroeconomic management.”

India’s external vulnerabilities stem from two causes: its dependence on oil imports and the dwindling export potential. The two are inversely related. As the global economy gains strength, export growth picks up: as was evident during the superlative performance during 2021-22 when Indian exports crossed the historic $417 billion mark. But at the same time, the price of crude oil goes up. That ends driving up India’s trade balance and, in turn, its current account balance. The World Bank report noted that for every $10 per barrel increase in oil prices, India’s current account deficit (CAD) increases by almost 0.4 percentage points of GDP. In contrast, when global growth goes down, oil prices, too, cool down. That helps check fuel inflation, an important driver of overall inflation in India.


The overall result, at the moment, is not unfavourable for India. In case global growth goes down—as it is widely expected to—India will be in a relatively better position than other emerging markets. A one percentage point reduction in global growth will cause India’s merchandise export growth to slow by 1.5 to 2.5 percentage points. A one percentage point decline in growth of the US economy is associated with a 0.4 percentage point reduction in India’s growth. The effect is around 1.5 times larger for other emerging markets. Similar spillovers can be seen in the case of the European Union (EU) and China. This analysis is from the World Bank.

While this situation could not be foreseen a year ago, India was not sitting idly. In the last two years, it has aggressively negotiated and put in place Free Trade Agreements (FTAs) with the UAE and Australia. In the case of Australia, the India Australia Economic Cooperation and Trade Agreement (ECTA) is a ‘mini FTA’ of sorts while negotiations for a much larger deal are likely to commence soon. These deals, while not as comprehensive as a global deal, are likely to stand India in good stead during times when trade pessimism and global growth take a hit.

The key to India’s relative insulation from global economic headwinds lies in its prudent macroeconomic management since the pandemic hit the world. The effects of that prudence are one big reason behind India’s expected economic growth in 2023-24. The differences in how the world handled the economic effects of the pandemic and the steps taken by India have become evident steadily over the past year or so. This has led to a hot—and often bitter—debate between economists. Ranged on one side are those who say that India’s inability or unwillingness to undertake a fiscal stimulus has led to a “permanent scarring” of its economy. The output that was lost during the pandemic is lost forever.

On the other side are those who argue the government acted prudently and saved India from the ill effects now visible in a large clutch of economies.

Back in the summer of 2020, most countries—at least those who could afford them—undertook various economic stimuli. From the US to Brazil and from Britain to Germany, countries spent anywhere from 8 to 10 per cent of their GDP to prop up their economies. Within a year, this led to a major bout of inflation. The US launched three stimulus packages from March 2020 till March 2021, totalling $6.4 trillion. This had consequences: in 2020, inflation in the US stood at 1.4 per cent; it rose to a dramatic 7 per cent in 2021 and continued at the same pace in 2022. This forced the US Federal Reserve to increase interest rates from 2022 to control inflation. Many other central banks across different countries were also forced to increase interest rates. These coordinated efforts are responsible, in no small measure, for the slowing of the global economy.

India’s trajectory was very different. From April 2020 till the end of the Pradhan Mantri Garib Kalyan Anna Yojana (PM-GKAY) package in December, India spent money sparingly. Money was made available for distributing food to the poor. But the overall spending pattern did not see much actual outgo from the government’s coffers. The result was that inflation in India had very different causes: these were largely due to supply shocks in the wake of the war in Ukraine and not any fiscal stimulus. Virtually all imported commodities—fertilisers, crude oil, intermediate goods and raw materials—led to ‘imported inflation’. The situation has eased on some of these commodities, such as crude oil. On others—such as fertilisers—India is taking steps to ensure long-term supplies at reasonable prices. In the meantime, the prices of fertilisers have not been allowed to rise. This is important to ensure that there is no cascading price increase in foodgrains. But this has come at a cost: India’s fiscal deficit remains elevated. It is expected that the budgeted figure of 6.4 per cent may not be breached. But this is an illusion in many ways. A better—and broader—deficit measure is the Public Sector Borrowing Requirement (PSBR). That figure is close to 10 per cent of GDP.

THERE ARE INCIPIENT signs that the government is trying to restore macroeconomic balance. The ending of PM-GKAY in December is likely to provide some fiscal relief. The temptation to increase government spending to spur the economy is ever-present in India. But with a
10 per cent PSBR, the government does not have the space to increase spending. Growth at 6.6-6.8 per cent is sufficient given the domestic and external constraints.

This is the last full year of the government before the Lok Sabha polls in 2024. As the Budget nears, the pressure to ‘spend and win’ will become inexorable. Over and above that, the opposition has used promises of freebies to win elections. In Himachal Pradesh, the promise of restoring the Old Pension Scheme (OPS) has helped Congress win the election. The same demand has been made in many other states. These and other promises are bound to affect the Bharatiya Janata Party (BJP) government, even if it publicly denies that.

India finds itself in a difficult situation. In 2023, growth is likely to be better than that in other countries even if it remains poor in terms of what India needs. Elevated deficits, public debt and a major portion of revenue going towards interest payments limit the government’s ability to spend and push growth. What can be said clearly is that this will be a tough year when the government will have to balance between macroeconomic stability and increased political pressure for greater spending. How the government squares this difficult circle will determine growth and other economic outcomes in 2023.