By pandering to the prurient fantasies of Malayali men, Kerala’s popular culture has abetted misogyny in life and politics 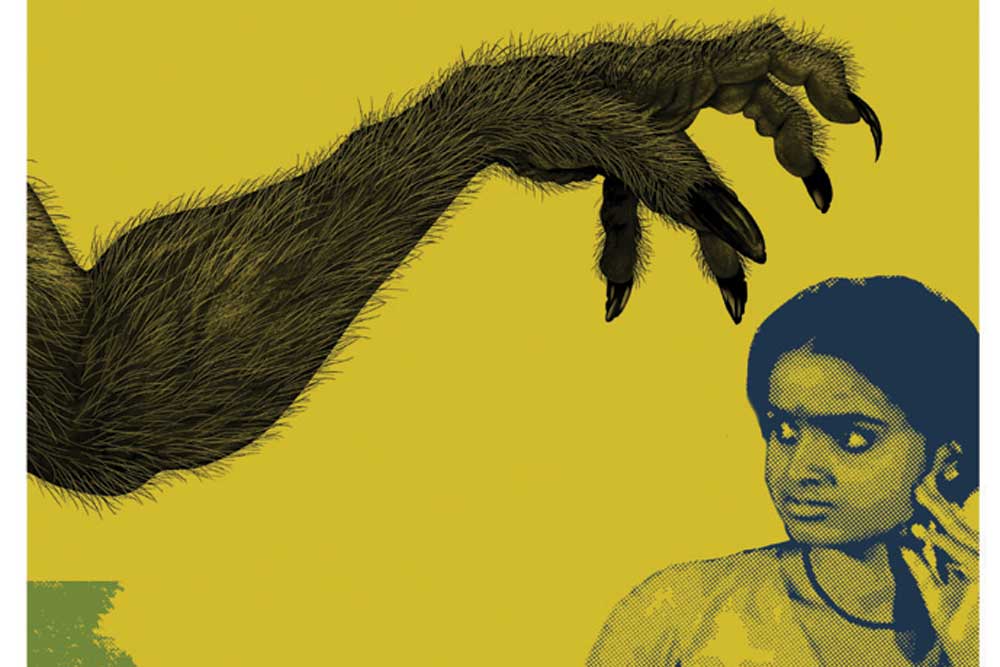 WHAT IS IT ABOUT the Malayali male that attracts equal parts respect and scorn? Normally, expectations from Kerala, a state that enjoys high social indicators, some of which are on par with Nordic countries, are that it is a fairer and far more egalitarian society compared with the rest of India. The sex ratio, the number of women compared with men, is above 0.99, a coveted figure even for advanced countries. Simply put, there are more women than men in the southern state, a rare feat in India. Many families here continue to follow the matrilineal system, as in times of yore. All of this ignites a hope that this is a society well suited for gender equality, where men respect women and vice-versa.

Which is why the case involving actor Dileep and the efforts of an umbrella film association headed by the grandees of the Malayalam film industry to bring him back into its fold have kicked up such a row. Isn’t this gross injustice and betrayal of a faith in this society known for elevated life indices?

Well, it has never been a secret for those who knew it from inside: far from engendering a level-playing field for men and women, the Kerala film industry has, like similar industries in the country and elsewhere, exploited and harassed women to whet the male sense of entitlement. Women who are victims are often conditioned to keep silent while perpetrators walk away with impunity.

An evocative scene from a 1986 movie by the gifted director Padmarajan has actor Thilakan, who plays the role of a ruthless stepfather in the movie, tell his step-daughter’s lover, played by Mohanlal, that “now you can take her”. The braggart tone is an affirmation that ‘I have had her and now you take her’. That statement partially sums up the Malayali male’s perpetual fantasy about a woman—that since she had been intimate with him, she is now worthless.

In olden days, mostly among Kerala Brahmins, deciding the destiny of such a female meant a fortune for the family that had to arrange for smarthavicharam, an impeachment of sorts, of the woman who was found to have slept with multiple men on the sly. Priests and other high-and-mighty individuals of the time would arrive from near and far, feast for weeks or even months as if there was no tomorrow before arriving at what they would pronounce as a suitable punishment for the woman who was found to be promiscuous. It was a mockery of a ritual that exposed male voyeurism of the worst kind; for all their serious visages, the gathering was of dirty old men, and all they wanted was to hear from the horse’s mouth who did what to her.

That was a time when untouchability and ‘unseeability’ were practised freely in the region that later became Kerala with the unification of three Malayalam-speaking regions in 1956. Some decades earlier, Vivekananda had toured the place and called it a ‘mad house’. In this mad house, there was no untouchability or unseeability after dark. Caste distinctions withered away when it came to carnal indiscretions of upper-caste men who also had no shame in imposing the most grotesque tax of all—the infamous ‘breast tax’—on women of lower castes who were disallowed from covering their chest, especially if an upper-caste male happened to pass by. These women were obliged to remove any upper-body garment on seeing a man of social privilege, the lecherous lout who had to count on luck not to trip and fall as he swaggered on, leering with a stiff neck.

Patriarchal privileges in a society that is largely matrilineal endure and flourish, but women are no longer ready to take things lying down

This persisted for centuries. A typical Malayali male—if not the most atrocious of starers—is someone who affects the demeanour of a stud as a woman passes by. Once his eyes have had their fill and the lustful fantasy in his head is done, he often bites his lips—something that I remember Dileep would do in his movies—and looks left or right with the finesse of an eye-yoga practitioner, his face crinkling as he utters some monosyllables to friends while massaging his lower thigh under a hitched-up lungi. ‘Piece’, ‘charakk’ (commodity), ‘sadanam’ (thing), ‘case kettu’ (a term of disparagement with no specific meaning) are some of his utterances once he finally sits down and shakes his legs as if he’d had Viagra ham cuts and steel chips for breakfast. He doesn’t hesitate to borrow some memorable lewd gestures of his favourite film stars either.

It is another matter that resorting to such behaviour is the worst that common Malayali men will do about their repressed sexuality—unlike, say, in other parts of India such as Punjab or Haryana, where some of their peers rape women out in the fields or molest female members of their own families within homes. But Malayali men are prone to measuring themselves in absolute terms. As one myself, I am perhaps more ruthless with my own kind than my north Indian wife would deem just or necessary.

I assume a lot of it can be put down to life imitating art. For instance, dialogues in Malayali movies are generously adopted to silence women in real life. It is as though the whole male movie fraternity—writers, directors, actors and all—had been racking their brains and juicing their creativity only to run down women. Without naming the films, one can safely say that a particular superstar would arouse the loudest cheers inside a cinema hall if he played the role of a cop and trashed an upright but stern female colleague with misogynistic comments employing a despicable medley of English and Malayalam. Odd as it may sound, careers have been built over it. Female bashing is an industry by itself, and no so-called Malayalam superstar can escape blame. A raft of films with male chauvinists in lead roles have been box-office hits even as recently as a few years ago, prompting producers to make sequels and prequels. Of course, changes are visible now with young men and women coming together to question the status quo and alter the narrative, to ring out the old and bring in the new.

Malayalam literature, too, had been a slave to that ugly habit, with a powerful section of male writers, some of them icons, penning stories as though they had unfinished business with spurned entreaties. ‘That she isn’t with you is her loss’ happens to the most recurring theme. Movie adaptations of such works are revelries in misogyny, with women despised for being foxy and scheming while all they did was to say ‘no’. Revenge for rejection consists of a litany of cuss words targeted at women as a whole, a proposition that unfortunately finds instant and steady applause.

Is it life imitating art or art imitating art? One wouldn’t know, but real- life examples of noxious levels of masculinity are always on display.

KR Gowri Amma, who turned 100 recently, said Dileep needs to be thrashed. A former CPM veteran, she knows only too well what it is to be a target of male anger. She had famously said that if the lathis of policemen had reproductive abilities, she would have been pregnant in jail. She was referring to the British Raj of the 1940s and the Congress rule of India’s early years of freedom.

Within her party, too, Gowri Amma had to face the brunt of misogyny for being a woman who stood up to men, a crime that in the Malayali scheme of things deserved no mercy. The CPM went to the polls in 1987 with her as a mascot to pull in the votes of women and OBCs. After the party won, she was sidelined, leaving her bitter. She was denied chief ministership and she attributed this to a ruse by the then party patriarch EMS Namboodiripad. Amid heated exchanges once in the Kerala State Committee of the CPM, she referred to EMS, who was often addressed as EMS or EM, as Namboodiripad, his Brahmin surname. The son of EMS, who was also a member of the panel, responded furiously, using a pejorative that referred to her OBC caste. Gowri Amma later described the party’s state panel as a ‘Kaurava sabha’ (gathering of Kauravas from the Mahabharata). Certainly, more than anything else, it was the masculine resentment against a rebellious woman that triggered such remarks inside an organisation considered progressive.

Susheela Gopalan, wife of the CPM icon AK Gopalan, also had to a face a similar ordeal at the hands of a then-upcoming party leader who accused her of having been a woman of low morals, for no reason other than to shout her down. The experiences of women in other parties in the state are similar, if not worse. Complaints have surfaced against Congress and Hindutva leaders of exploiting women and then trying to hang a bad name on them.

Patriarchal privileges in a society that is largely matrilineal endure and flourish, but women are no longer ready to take things lying down. Signs are that it’s the men who will have to blink first. The state will be all the better for it.