A Toolkit for the Post-Truth World

If you care about democracy and liberty, stop distorting the undistorted 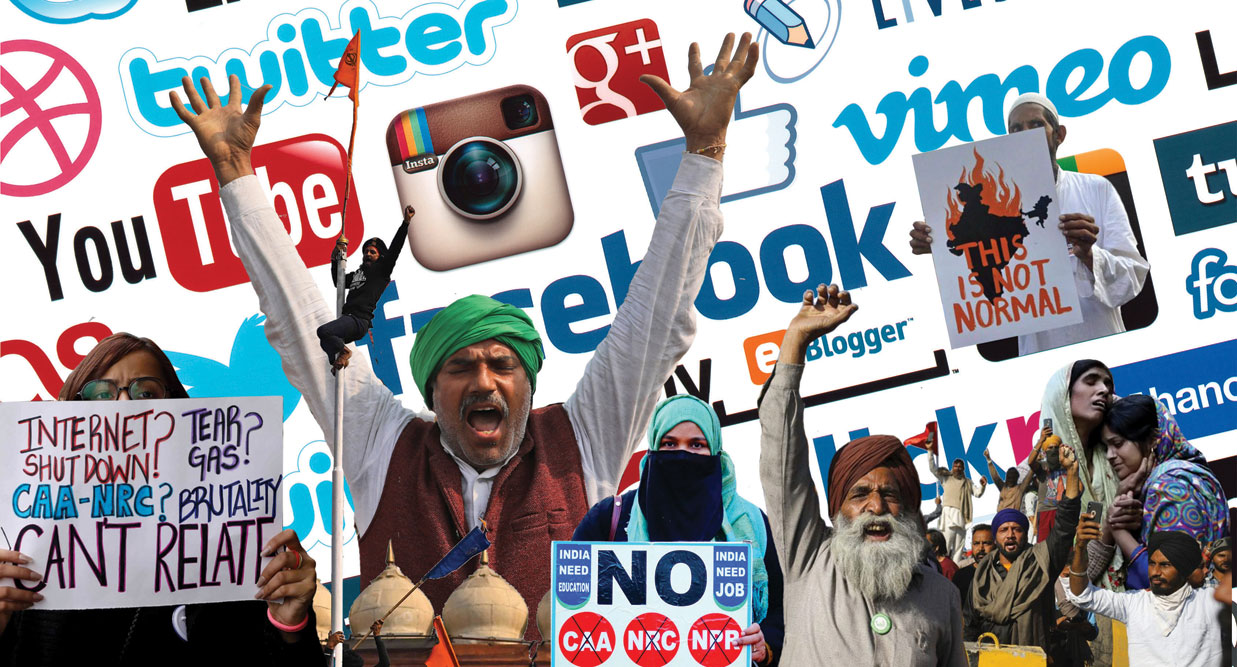 
LET US ACCEPT a few things first. One man’s toolkit is another’s treason. Or enabler of fascism, depending on which social media echo chamber one is a permanent resident of. We have all turned into cheap label-makers. Social media was supposed to be this great harbinger of democracy, a platform that would give a voice to the voiceless, usher in our neighbourhood Arab Spring. The mobile phone camera was touted as the biggest political tool of the 21st century. You could shoot what the state or a state mouthpiece did not want you to see and put it up on your Facebook or Twitter account, becoming what professional journalists more than often could not: the demolishers of status quo.

But somewhere down the line, something went awry. One doesn’t have to go far to see what we have done with this modern razor in the hands of us modern monkeys. And it is not only about what one gets to see on family WhatsApp groups: the doctored videos, untruths like Nehru’s father being a Muslim, the hubris of the so-called greatness we have supposedly achieved in recent years. It is also largely about distorting the undistorted: the conspiracy theories about how the Government may have orchestrated the 2019 Pulwama suicide attack for political mileage, the clean chits to those who emphatically said that the ‘war’ will continue till Bharat ki barbaadi, ignoring the religious leitmotif in protests just because there is also a Bhagat Singh poster around.

The war on social media is a war against what does not suit your confirmation bias. In the constantly shifting goalposts of morality and ethics, one thing is kosher today and could become a tool to berate individuals who have a different point of view, reducing them to the enemy of the day.

At present, perhaps the most astute example of such selectivism pertains to the narrative around the first anniversary of the riots in northeast Delhi. In the re-sharing of old pictures and re-plugging of archival articles, the systematic erasure of one part of the story becomes evident.

There have been multiple interviews of the controversial BJP leader Kapil Mishra who, in February last year, stood next to the district police chief, asking him to clear the roads in the area (of anti-Citizenship Amendment Act protestors), failing which “we will not listen to anyone afterwards.” While some rue that no action has been taken against Mishra, the same people first went into denial about the alleged role in the riots of the local Aam Aadmi Party councillor Tahir Hussain. Last year, during the riots, as videos surfaced of his terrace being used by a mob to launch attacks on the Hindu households in the vicinity, the deniers first said that Hussain was not present there. When video evidence established his presence, they said he was just acting in self-defence as he did not want to meet the same fate as Ehsan Jafri, a prominent victim of the 2002 Gujarat riots. It is on social media only that some of these videos surfaced ultimately, tilting the narrative in the other direction.


The war on social media is a war against what does not suit your confirmation bias. An example is the narrative around the first anniversary of the Delhi riots. In the re-sharing of old pictures and re-plugging of articles, the systematic erasure of one part of the story becomes evident

In Shiv Vihar, one of the worst-affected localities in northeast Delhi, the hacking and burning of a 20-year-old Hindu sweet shop worker at the hands of Muslim rioters was merely passed off as a footnote. There was absolutely no scrutiny on how, in the middle of a ‘pogrom’ against them, a people managed to get inflammable liquid and tonnes of stones to burn down and destroy Hindu-owned properties. When some pointed this out, they were immediately dubbed as cohorts of the BJP IT cell.

We see this play out repeatedly, manifesting in different forms. Consider the case of the farmers’ protests on Delhi’s borders. For weeks, the farmer unions had been trying to project a movement neutral of any religiosity. Many detractors had accused the leaders of playing into the hands of the Khalistani separatist elements. Though Sikh religious slogans became the leitmotif of the protest, the leaders took care to portray that their protest was a revolution of sorts, inspired by Bhagat Singh and other revolutionaries of yore. If one walked through the city built on Delhi’s border with tractors and other vehicles brought along by the farmers, it was not unusual to see stickers or posters of ‘Sant ji’, as many Khalistani sympathisers call the slain Sikh extremist Jarnail Singh Bhindranwale. But the overall sentiment was that, a few elements apart, the movement was one of farmers with genuine concerns about the Government’s agricultural reforms. The infrastructure they were able to build quickly—round-the-clock langars, giant water filters, medical and communication camps—raised suspicion among many of funding (by disgruntled Khalistani elements abroad), but this got sidelined in scenes of solidarity and how thousands had come of their own volition as they felt the new farm laws would harm them.

But then the events on Republic Day changed everything.

WHILE SOME ASKED valid questions about how the Government allowed protestors to reach the Red Fort and unfurl a religious flag on its ramparts, many justified the breach of peaceful protest, saying ‘revolutions’ did not happen under laboratory conditions.

But we know now how it opened faultlines which, in the light of history, are difficult to fill. After January 26th, many on social media were seen posting things like ‘another 1984 is required’, alluding to the anti-Sikh pogrom of that year. It is in the wake of such polarisation and the inability of the police top brass to offer directions to the force on the ground that situations arise when they are seen walking with one group of rioters, attacking the other. State paranoia, as displayed in the case of Disha Ravi, does not help things either.

It is unfair to put individuals on social media gallows simply because they hold different views. The cancellation of reputations, as attempted recently in the case of E Sreedharan, is a case in point

Now that a Delhi court has granted bail to Ravi in the toolkit case, it is pertinent to pay heed to what the judge said: “Citizens cannot be put behind bars simply because they disagree with the government.” The judge in this case, Dharmender Rana, is right. Similarly, it is unfair to put individuals on social media gallows simply because they hold different views. The cancellation of reputations, as attempted recently in the case of the metro legend E Sreedharan, is a case in point.

While it can be argued that the merits of bail were paid heed to in Disha Ravi’s case and not in the case of, say, Safoora Zargar (arrested in the Delhi riots case), in the same way, we cannot have two ideas about what constitutes justice and what does not. While it is okay to depend on police chargesheet in the Kathua rape case, it somehow becomes problematic in other cases where your idea of justice does not match that of the state. You believe the police when they say Rinku Sharma was killed in a brawl, but disbelieve them when they say the lynching of Junaid in Faridabad in 2017 also happened due to a fight.

The point is simple. In the post-truth world, the only way to stay on the side of the truth is to cease being part of lynch mobs, whether they are on the road or on Twitter. Calling out what passes for truth is important, but what is perhaps more important is to stop blackballing facts that are unpalatable to your own belief system.