Rumble in a Political Jungle

How much longer before India too falls prey to the darker side of conservation? 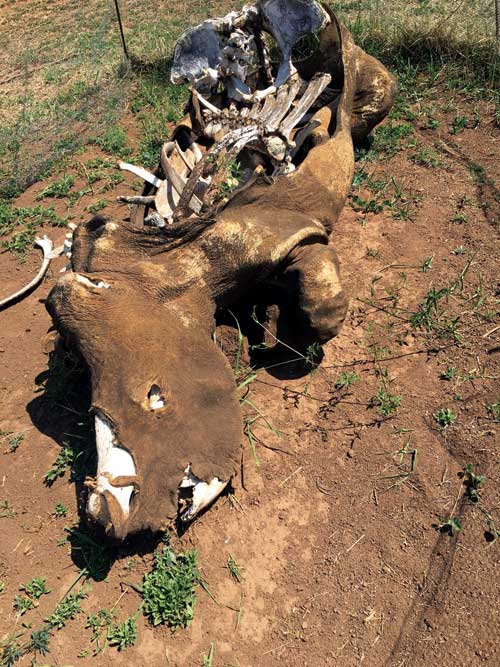 THE WORLD DOES does not congregate in grey pinstripes once every three years to contemplate selling handguns to children or for legalising speed, but it does convene to horse trade the teeth of elephants and the horns of rhinos with great gusto. The Chinese and the Japanese revel in Asian diplomatic finesse as they send their top foreign-service officers to negotiate international trade in ivory, rhino horn and tiger parts. The Japanese join the Norwegians and Icelanders to do the same on rights to trade whale parts. Namibia and South Africa, with a smaller assortment of other Southern African Development Coalition partners, grandstand shrilly about selling their natural resources (read elephant, lion, rhino) to the highest bidder. The Caribbean nations go with the Japanese, the rest of Africa goes against southern Africa, and the Latinos stick together when discussions come up on timber and birds. In this political jungle with its shifting venues, the US and the European Union trade barbs and sides, weighing in on countries and topics that suit their own national interests.

I am referring, of course, to the United Nations Convention on International Trade in Endangered Species of Wild Flora and Fauna, one of the oldest and largest groupings of nations to discuss conservation of species or, more precisely, the regulations that should monitor global trade in animals and plants. The meeting was set up in the early 1970s as a mechanism to protect species that were in danger of endangerment, but over the years has changed colour to discuss livelihood and poverty, corruption and criminality. In this political jungle I have wandered for nearly three decades and here I have learnt the by-laws of the forest. Might is Right, the Fittest Survive and Nature is Red in Tooth and Claw. Clichés, each one of them, but oh-so-apt when it comes to negotiating the future of endangered beasts. There are but a handful of countries that vote consistently for endangered species and I am part of the Indian delegation only because the country is yet to be swayed by the darker politics of conservation and in many ways represents the lobby of true conservation.

But then, what is true conservation? The Indian ethic is preservationist. Emperor Ashoka, filled with remorse after the human carnage he inspired at Kalinga, spread the word of Buddha in India 2,300 years ago. Among other things, he decreed a ban on the killing of certain animals and birds and levied fines from those who dared to disobey. He put this up on stone pillars throughout his empire. The first attempts at enacting wildlife legislation in the country, perhaps in the entire world, had been set into motion. If a section of historians is to be believed, you could extend the wildlife conservation history of India back by two hundred years, when Vishnugupta, popularly known as Chanakya, penned his Machiavellian treatise, Arthashastra, in guidance of Ashoka’s grandfather, Emperor Chandragupta Maurya. An entire chapter in Arthashastra is on the conservation of elephants and elephant forests, gajavanas in Sanskrit. Many years later, the historian Trautman mapped out the gajavanas as envisaged by Chanakya. The first protected areas of the world, it turns out, were in place 2,500 years ago. But something significant had happened during the two centuries that separated grandfather and grandson. The pragmatism of Chanakya (‘Elephants are required to guard your kingdom, oh King!’) had given way to the value-based outlook of Ashoka (‘formerly in the kitchen of Beloved of the Gods, King Piyadasa, hundreds of thousands of animals were killed every day to make curry. But now with the writing of this Dhamma edict only those creatures, two peacocks and a deer are killed, and the deer not always. And in time, not even these three creatures will be killed’ ).

MANY YEARS LATER, the words of Gautama Buddha, as espoused by Ashoka, were taken up in a political struggle. Mahatma Gandhi used ahimsa as a weapon against the colonial British and won. Translate that into wildlife conservation and it emerges that India protects every living being except rats, mice, one bat, and the crow. Let a few hundred years pass, Ashoka would have decreed, and even these would not be killed anymore.

In complete contrast are the utilitarian views of Southern Africa. “Use it or lose it,” President Mugabe had thundered in 1997 on the subject of species conservation. President Zuma said much the same thing in 2016, but with less of an oratorial flourish. Livelihoods and poverty alleviation were the buzzwords, and if elephant teeth and rhino horn provided the basis for it, why not? As long as the species itself was not in danger, conservation (preservation had become a bad word in the global animal lexicon) allowed utilisation. Not just tourism, which is an all-pervasive utilisation of our natural resources, but consumptive utilisation. The theory of sustainable utilisation— use what nature provides you with abundant caution— is difficult to scientifically refute. So, you can hunt lions as long as there are many of them or sprinkle shark fin in your soup as long as the seas are teeming with them. After all, most of the world uses the same theory when it comes to plants. So what separates flora and fauna? The ethical sensibilities of Ashoka? The world, it seems, has not heard of him, or does not care.

“Do you want to see a poached rhino?” Charlie whispers into my ear during a break. He is a Zimbabwean singer who I had met at the ivory burn in Kenya a few months earlier. He had sung to the leaping flames as Kenya burnt its entire stock of ivory and rhino horn to show the world that wildlife is not a commodity to be traded in and that these species are disappearing even as we speak. Presidents Kenyatta, Museveni and Ali Bongo had convened the meeting, spoken in impassioned tones about stopping poaching and tapped their heels to Charlie’s beat at an evening do. In Kenya, he was a hero. Just as everyone who cheered the burning of ivory was. In South Africa, he was just another wannabe singer. The mood was of utilisation.

“What nations do when they burn millions of dollars of natural resource when millions of people are starving is not conservation,” thundered an old and respected head of Swaziland’s wildlife, “it is just irresponsible!” He broke into uncontrollable sobs as he spoke of guards who had laid down their lives to protect the rhinos. Guards and their sacrifices were invoked by the Gabonese head of delegation as well. The first made the point that unless you sold rhino horn, you could not finance conservation. The latter pointed out that with illegal poaching and smuggling being rife, doing anything to stimulate trade was suicidal for the species and the guards who were protecting the species. Who was right? I decided I might as well go with Charlie to the private game reserve he had mentioned.

The rhino had been poached months ago, its spine hacked at two places by a panga (local machete), its horn broken off the bony boss that set it on its nose as an absurd evolutionary decoration, and the flesh long consumed by vultures and bacteria. A small barbed wire fence guarded it. From what, I did not know. Perhaps it was just a marker. At the Askari private game lodge, they wanted tourists to know what a poached rhino looked like.

Less than a kilometre away, a rhino couple wooed each other in the shade of an acacia. These were White Rhinos, the southern subspecies which is still surviving reasonably well. Fifteen thousand animals, which for rhinos is very good, I am told. The northern subspecies of the White is down to three animals, one male and two females. The western Black Rhino is extinct. Other subspecies of the Black, put together, number less than 5,000. The Greater One-Horned Rhino of India and Nepal number 3,000. The Sumatran is less than 200 and the Javan less than 100. Rhinos as a taxon seem on their way out. And we still cannot make up our minds whether to let them keep their horns or chop them off?

At Johannesburg, during the latest edition of these conservation trade parleys, many animals were listed on Appendix I, which provides for a trade ban that protects the animal from all legal exploitation internationally. Pangolins, thresher sharks, mini mantas and silky sharks all got that extra protection. Proposals to downlist the White Rhino and African elephant, mooted by some countries in southern Africa, were defeated. But attempts to list the lion and the elephant failed. Amidst the clamour for science and logic by both sets of parties indulging in brazen politics and emotional one-upmanship, and negotiating with the Chinese late into the night on the uses of tiger bone, I was left wondering about the depravity of the human soul.

I cannot be certain how much longer the Indian stance of non-utilisation of animals will hold up, such is the level of human-animal conflict inside the country. But I do know that, for as long as it does, I can at least stand head held high in such international conclaves where wildlife and morals are traded assiduously by communities of forest dwellers, conservationists and nations alike. And that is saying something.