×
Columns | ELEPHANT IN THE ROOM 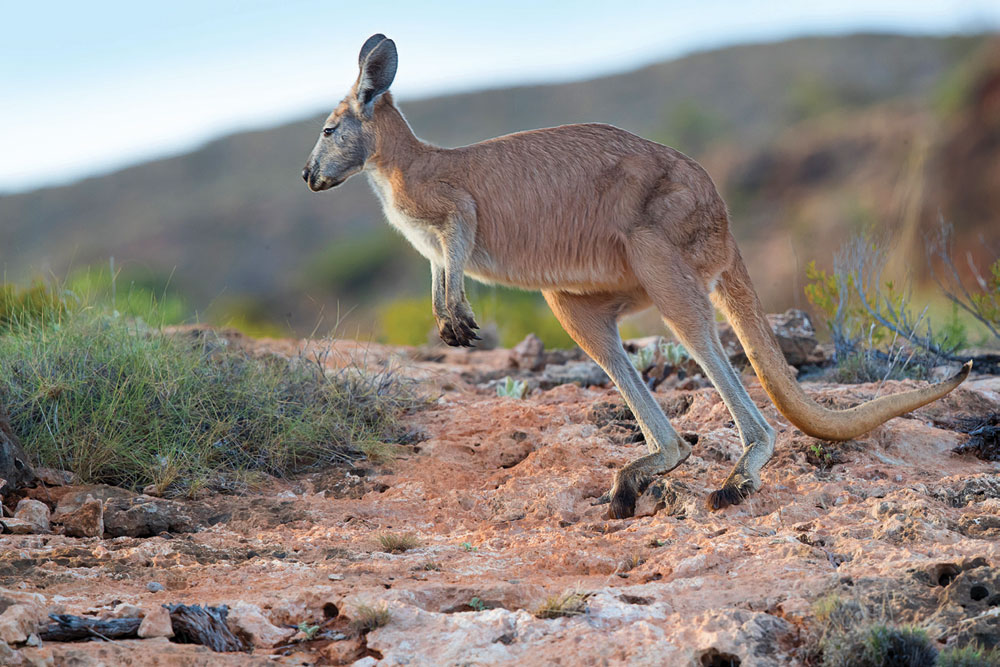 THE SUN WAS up, Down Under, and hung like a ripe Pandanus fruit off its west coast at Ningaloo. Directly below the solar gaze, a dusty dirt- road hugged the sea, barely a mile from the coral-blue breakers. At the jetty, a few whale shark tour boats had just pulled in and a gaggle of wet visitors were piling into dark blue mini-vans that mimicked the spotted, giant fish that we had been watching all morning. An osprey couple hung onto a metal pole. The sea breeze that ruffled the osprey’s feathers into an excitable crest also blew a few silver gulls across the face of the van. In a few moments, the van was on its way and inside, a complement of scientists and conservationists compared notes on the day on the water. The swimmers had seen whale sharks and turtles, manta rays and a tiger shark. Those who did not venture underwater had still seen the mysterious dark shadows of the giant whale sharks surrounded by minute humanity breathing through tiny green plastic spouts. As the whale-watching boat hung close by, a pod of inquisitive bottlenose dolphins had tumbled and careened around the vessel in a display of wanton frolic. In the distance, a humpback whale had blown a double spout that had got everyone up on deck. Back in the van, stories were being exchanged. Outside, dust puffs blew red and white plumes onto brown banks of spinifex grass. Crested pigeons scattered prettily and little corellas screamed in delight as the van picked up speed.

As we went around a curve, there seemed to be a rustle in the warm wind a few hundred yards to the right. A shadow seemed to materialise in an instant and careen towards the van. “Roo!”, screamed a passenger, “Watch out!” The driver jammed on her brakes and from the corner of our eyes we saw a creature hopping with a massive leap across the windshield clear the width of the road, before launching off across the landscape. The van had erupted into excited screeches emanating from clearly a group of international visitors. The weather-beaten Aussie at the wheel, cussed softly under her breath and then picked up speed again. “Far too many of them, mate,” she seemed to say.

Down Under is where everything is topsy-turvy or so it is drilled into those living north of the equator. You throw things away from you and they have a good chance of coming back and hitting you on the belly-button; throw water down the wash basin and it is supposed to whirl anti-clockwise draining down the sluice. However, the only contra-naturum paradoxes hat interested me were those exhibited by the creature that had erupted across the windshield of the vehicle that I was travelling in. More than the boomerang, even more than the eucalypt tree, the kangaroos and their near relatives have dominated the Australian continent in a way that has captured the imagination of the visitor and the ire of the resident. So what are these wondrous beings and where did they come from?

Ask most Australians who claim familiarity with the kangaroo and the name of Captain Cook as the person who discovered the animal might crop up. And what a spectacular mistake that would be. Cook, who sailed with the Endeavour in 1770, wrote of discovering the kangaroo thus: ‘After a march of many miles, they discovered four similar animals, of which two were chased by Greyhound of Banks. The animals escaped by leaps and bounds in the thick, tall grass to disappear. These creatures do not walk according to Banks on four legs, but jumping like a jumping mouse on the hind legs quickly forward’. Nowhere do we know for sure that Cook even saw the animals. The person he quotes as seeing the animals was his scientist on board, Joseph Banks, who described the animals, “as large as a greyhound, of a mouse colour and very swift.” The animals were drawn by Sydney Parkinson, the artist on board and Cook’s name of kangaroo, derived no doubt from the tongue of the Guugu Yimithirr aborigine clan, stuck to the entire family. We do know, however, that Cook was not the first person by far, and not even the first European to have seen the kangaroo. A hundred-and-thirty years earlier in 1620, Franciso Pelsaert, captain of an ill-fated Dutch East India company ship, Batavia, saw wallabies with joeys in the pouches of the mother and surmised that the young grew from the nipples of their mothers, like fruit upon a blossom. This in all possibility was the Dama Wallaby, but the news was soon forgotten after the Batavia sunk off the eastern coast and the Eastern Grey Kangaroo seen by Banks became the one that lent its name to all kangaroo kin. But the discovery by Pelsaert or Banks or Cook was like so many other colonial whimsies: the sighting by a western White man of an object that was novel to him and described by him in the English language. Recently, excavations in the Pilbarra, not all that far from where the Common Wallaroo or Euro Kangaroo first made its appearance across the windshield of my vehicle, have shown aborigines to have feasted on the remains of giant kangaroos at least 20,000 years ago! This makes the alleged discovery of the kangaroo by the western eye as absurd as the discovery and naming of the Victoria Falls for the empress by the intrepid explorer Livingstone in southern Africa!

But back to this amazing being that leapt into the Australian continent many millennia ago, and into my own imagination just a few years ago. There are three things about the kangaroo that have kept my eyes peeled out for them whenever I found myself travelling in Australia. I have seen them in city cemeteries in Perth, amidst the pines of the Blue Mountains, the rugged Cape Range and the tropical forests of Kakadu. I have watched the large Red Kangaroos and compared their giant silkiness and long eyelashes to the rough ubiquitous Euro Wallaby that had startled my van driver only a few days earlier. I have seen both the Eastern and Western Grey Kangaroos of wetter temperate regions, which incredibly till 1970, were thought to be the same species, till genetics sprung them apart. I have recently had big-eyed Quokkas beg tidbits from me in a café on Rottnest island, watched black-flanked Rock Wallabies shelter in their sandstone crevices and seen the graceful Agile Wallaby hop amidst bulky Antilopine Wallaroos in the Northern Territory. All the while, three things that I had read in Tim Flannery’s seminal book Chasing Kangarooskept me chasing them.

If Pelsaert thought joeys grew from the nipples of female roos, he was wrong. But the reproductive anatomy and physiology of the kangaroo could have fooled the best of observers. For the kangaroos are the only being in which the scrotum precedes the penis in a living animal. I say in a living animal, because in many mammalian foetuses, including our own, this is the default position and the scrotum descends to its current position as part of foetal development. In the kangaroos, this seems to be the preferred final positioning. Equally interesting is that the females possess two and sometimes three vaginas. The third opens up only if and when a virginal female kangaroo gives birth and hosts only the birth canal! Even more wondrous, is the nipple fidelity that joeys show to the four nipples that each female possess inside her pouch, feeding only from one chosen and thereby enlarged nipple. If the mother chooses to have another baby within a year and has both young feeding on different nipples, she produces milk of different nutritional values from both nipples. In the Eastern Grey, the female also has the ability to manipulate the sex of offspring. A younger jill has more daughters and an older one more sons, allowing more time with daughters than with sons who have a tendency of roaming away early. With this extraordinary biological precision feeding and maternal control over gender, the kangaroo proliferates in numbers.

But an increase in sheer numbers would be defeated by space if the animal could not cover the vast arid distances of Australia. And towards that great immigrant aim, the animal has developed the second feature of my fascination. The ability to hop. The world record in a single long jump by a man is of 29 feet which he achieved by a long run-up followed by an aerial launch and an ignominious extended feet-first thud into a sand pit. The Red Kangaroo, in comparison, can flex its hind limbs and leap 25 feet with absolute ease. Now repeat it in quick succession. Humans cannot hop thrice at over twenty feet and even the triple jump (hop, step and jump) men’s world record of 60 feet has not been broken for over two decades. The Red Roo can cover 75 feet in three straight hops and not land on its bottom! And as if this extraordinary locomotion which has been proven to be the most energy-efficient means of covering distances is not good enough, it has recently been shown that the muscles of the legs also act as a piston that aids in digestion by contracting the abdominal wall in its backward movement even as it leaps! A fantastic innovation for survival, to say the least.

Finally, the most interesting of queries. Did the marsupial evolve in Australia? Today, most of the world is covered by non-marsupial mammals. We see only the small family of possums clinging on in the Americas that bear resemblance to the large diversity of marsupials in Australia and New Guinea and this should make the marsupial an Aussie invention, should it not? Recent palaeontology turns this whole theory upside down. The world’s oldest placental fossil has been unearthed in Australia and the world’s oldest marsupial one in the Americas! What then if the marsupial was a South American animal that died out across vast swathes of the northern world but survived in Australia due to the absence of carnivores and the placental mammal was a Gondwanaland invention that travelled globally and dominated the world while dying out in Australia as the kangaroos took over?

Flannery talks of the last 5 million years of Australia as the ‘Age of the Kangaroo’. At least 70 species of kangaroos exist today and at least 57 million individuals of just the four largest species populate the continent. While the average Australian is unimpressed by the omnipresent roo, preferring to run it over, or eat it as a burger, it is left for the cognoscenti in that country and the goggle-eyed, mammal-crazy visitor like me to appreciate what is perhaps the most successful large herbivore to survive on earth today.