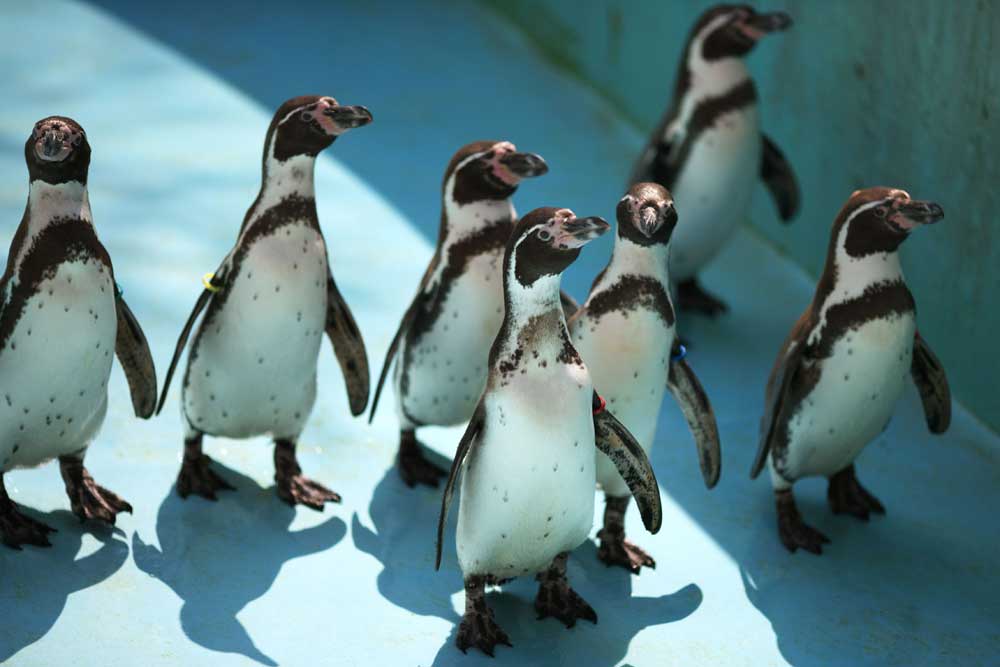 IF EVER THERE were a mutation in the genes of penguins and they eventually became conscious beings and, as conscious beings, decided to write a history of their species, one of the chapters would be an epic journey made by eight of them to the city of Mumbai in the country of India. The Humboldt Penguins should actually have arrived from the South American coast, but being participants in a movement called globalisation that humans unfurled, these eight were residents of South Korea when they took the flight to Mumbai.

The journey, as penguin scribes would tap on their laptops with their flippers, was not epic for the distance it covered or the numerous adventures along the way because there were none—they were all in refrigerated boxes for some hours—but rather it was remarkable for the extraordinary time it took from when it was decided that Mumbai must house penguins, to the birds actually setting foot on city shores: a total of seven years. And this they would attribute to a body called the Brihanmumbai Municipal Corporation.

Why it took so long is something they would not really go deep into because history only comes in headlines. They wouldn’t understand the sudden whim of a political party called Shiv Sena to see penguins in a hot tropical city that nature never imagined for them. Or the idea that there must be a tender floated for every purchase and in the beginning no one would really apply for the penguin contract because the terms insisted that a veterinarian be supplied along with it. Or that Rs 70 crore would be spent on this bird- brained idea in a place where squalor and poverty stare from every corner.

Penguin historians will gloss over these details since it is not germane to the main thread of the story which will be picked up after the landing of the birds. The purpose of their journey, to be exhibits at a zoo, would be delayed since the grand enclosure—a chilled temperature- controlled residence—would be months away from completion even as they arrived. And so the penguins would stay in a small quarantined area. Since a government contract is only an indication of intent and never a promise of action, it is here, tucked away from the eyes of the world, that these eight penguins would spend their time mulling over existential questions: is there a meaning to life if you are promised a zoo and given a cage; what is the point of great endeavours that get mired in paperwork and incompetence; were they better off as Koreans or Chileans; what is home; what is country; would they have to apply for a house under the Maharashtra Housing and Area Development Authority if the government just forgets about them? And it is in the pondering of such questions in the vast absence of hope that the first spark of that mutation would be lit, which would change the species forever.