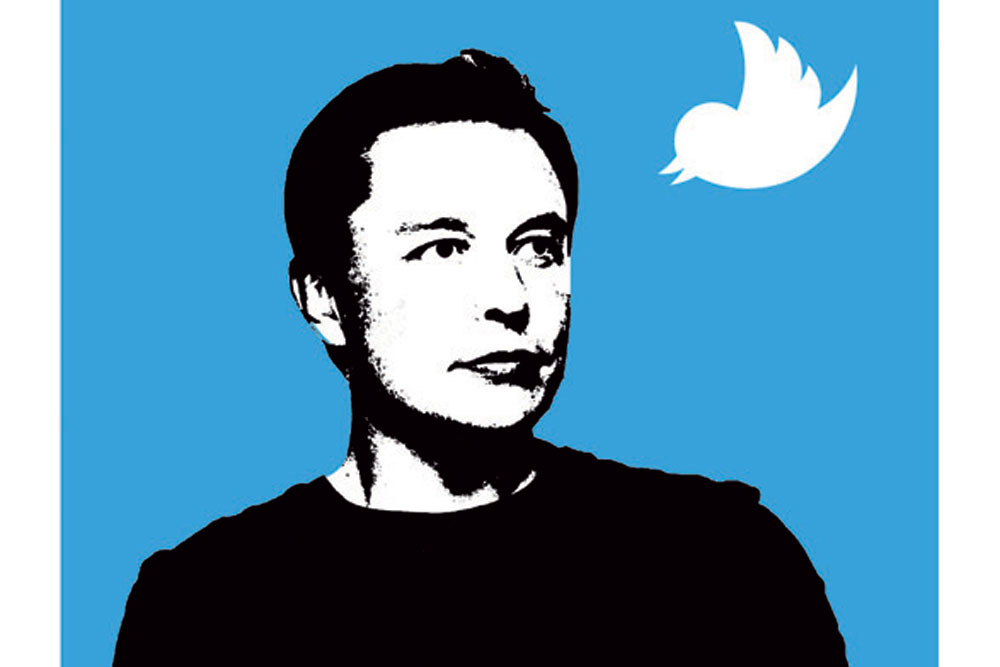 WHEN YOU CAN conquer the world, and trample on it with the relish of a troglodyte who feels like Bonaparte, with just 280 hurried characters, from the drabness of your mental isolation, free speech is a scandal. In that moment of unaided empowerment, you are not what you hate to be; you are what the fever of fleeting power makes you. A revolutionary who has just built on the ruins of the lie a new empire of truth. A moralist who has just laid the foundation of a new order of justice. An ethical assassin who has just ended a false life in politics. A defender of what is right; a debunker of everything that diminishes humanity. Speech is free when what is spoken is approved by your conscience. Speech is defensible when what is spoken is targeted at those who don’t belong to the world you guard. Freedom is a necessary dispute you can afford if the righteousness of your legion is intact. Freedom is a sham only when the others stick to their convictions. Freedom is an expression as concise as 280 characters, and as precise as what pieties and hatred dictate.

The rules they have set, the moral system they are desperate to build, make conversation the ultimate power. They include subterranean soldiers of ideologies and peddlers of loftiness, denizens of the Higher Circle and the lowest in the hierarchy of the mind but armed with sentences mined from the deepest recesses of hate. They include idealists who still believe in the power of persuasion, in the nobility of arguments that increasingly find no place in the traditional media, and arsonists who believe only in the redundancy of reputations. They inhabit either the sewage system of opinions or the safe houses of entitlements, the glass houses or the echo chambers. Those in power, fair-game democrats and paranoid autocrats alike, listen to that disembodied voice, and it still unsettles them. In that voice they trace the masses they cannot control, not even with their own official storytelling on the same platform. Mobilisations on social media, particularly on Twitter, threaten them with the vague intimations of the alternative. They invoke ‘national interest’ when they make laws to control and contain, ban and banish, as regimes whose sense of power is matched by the fragility of their confidence.

Out there free as in free speech is a self-serving contention.

Twitter has not helped. The trouble began when it started miming its user, acquiring moral traits from the conversations swirling on its platform. When ideology returned to politics with a vengeance, dividing the arena with Manichean clarity, Twitter, the medium, became the message. It cancelled out voices that defied the social behavioural code of progressives. Twitter, the House of political enlightenment, moved votes of no-confidence against powers that deviated from the uplifting pieties of identity politics. It marked what is right and who is disposable. It jumped straight into the culture wars that defined the Trump era, countering the impulses of populism with the moral absolutism of a street-fighter. Even as it provided the biggest stage for the culture war, it could not resist the temptation to influence the outcome, to manage the war cry. When everything was sacred, who else was more qualified than Twitter to erase the profanities, and to decide what constituted the profane? Instead of letting its users change the world, Twitter took it upon itself to reorganise the world. That is exactly what some revolutionaries turned tyrants did in the last century.

Was it the beginning of social media as a moral potentate?

Along came Elon Musk. The cult billionaire who could not remain indifferent to the culture wars, he wanted to restore ‘free’ as a worthy adjective to ‘speech’ on social media, on Twitter certainly. An avid user himself with eighty million followers, he is the post-Steve Jobs visionary in Big Tech with a mind that wanders into areas beyond his expertise. He is the non-Trump billionaire who would like to revoke the Siberia handed out to the former president, one of Twitter’s superstars, by the social media platform for his wrong politics. He wants to reform Twitter—free it from the woke spectre—with the same passion with which the platform wants to change the world. Already one of its major shareholders, he thinks he can conduct a full exorcism only by owning it. Twitter’s resistance to Musk’s offer today is the kind of conversation that makes Twitter the ideal platform for a heady whirl of ideas, unrestrained by moral correctness. Wrong politicians may relish Musk’s libertarian idealism, but Twitter’s resistance against free speech and the natural laws of the free market is very Soviet.