The rule of the home kitchen 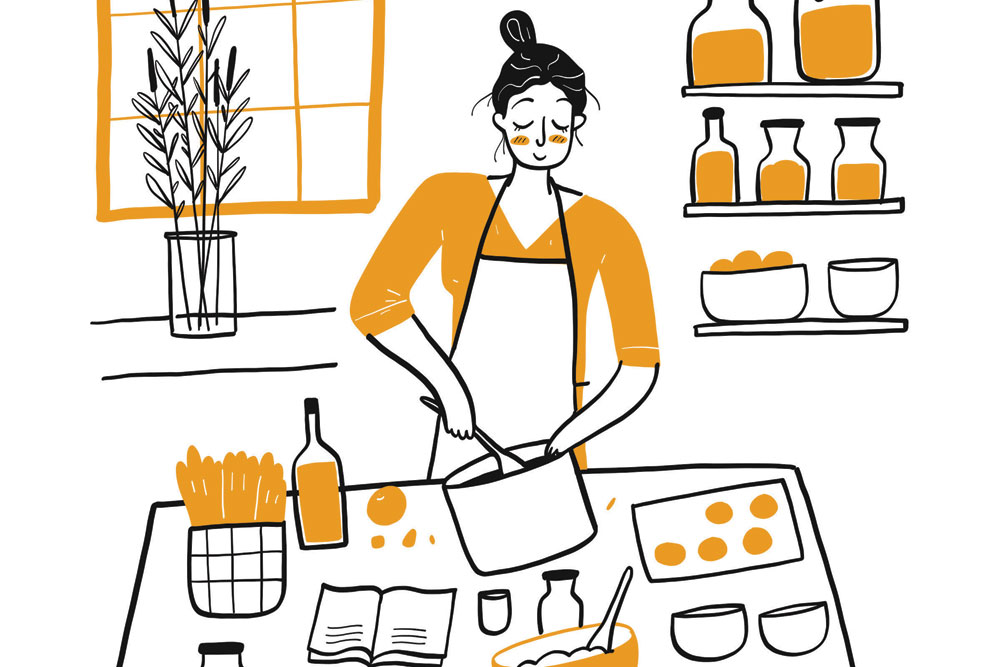 
At the end of another year of Covid and lockdowns, it is not surprising that India’s food trends in 2021 were driven by healthy and local dishes that were hygienically prepared, with an emphasis on eating at home, or ordering from home kitchens.

In the Godrej Food Trends report of 2021 released in April this year, Rushina Munshaw-Ghildiyal wrote that the pandemic-induced isolation caused a pivot in dining in and dining out. For the first time, the home kitchen drove the trends in the Dining Out industry rather than the other way round. “How and what we shop for, what and from where we order in, what media we consume, where we travel—all our food decisions outside the home in 2021 will be driven by the home kitchen,” she predicted, and that’s what happened.

Other predictions of the experts interviewed for the report also came true. These included: explorations of all things ‘Desi’ and more heirloom recipes, valuing regional and home-grown flavours, and more emphasis on buying fresh local fruits and vegetables. These trends were reinforced, especially after many parts of India went through a horrific second wave from March-July 2021. As writer Anubhuti Krishna points out, the northern and central Indian consumers for the first time warmed to the idea of ordering from home kitchens created by chefs. A change from the pre-pandemic fascination with exotic cuisines, and eating out in flashy restaurants. In South India, Ruth Prabhu highlighted innovations in pantry staples—kayak jam, smoked boot Molokai, stone-ground powders and cooking pastes, and sandwich mixes.

The pandemic also democratised fine dining, bringing it to the doorstep of middle-class India. Fine dining establishments cut their exorbitant rates, offered large discounts, and many chefs in smaller cities and towns worked out of their own kitchens, experimenting with traditional recipes and giving it ancient and modern spins.

The post-pandemic consumer, Munshaw-Ghildiyal says, will be choosy about shopping and dining out. The restaurant industry has to find ways to meet these new demands, redesign kitchen and restaurant spaces, enforce its health and hygiene standards and its packaging and food delivery systems. But this industry is also struggling, with at least one in four restaurants permanently shut due to Covid. During the worst part of the second wave this year, Zomato found that 83 per cent of the restaurants were not open for business.

While other parts of the world have experienced a similar slowdown, the post-pandemic challenge for eateries in the West like the US and UK, is to attract staff back. In India, we may be moving to a hybrid model where dining out will hobnob with ghost kitchens (kitchens where professional chefs prepare delivery-only meals).

In India, as we emerge into a world where we live with Covid (once this new Omicron variant is sorted out), the bouts of social isolation we have experienced will induce a greater desire for experiences outside the home. I predict that eating-out and small catered parties will trump eating-in for those who can afford it. What will be interesting to watch is whether our health-obsessed behaviour will continue in the coming years. At least in 2022, in the dying stages of the pandemic (fingers crossed), the emphasis on hygienically prepared meals by trusted chefs and restaurants will continue.

Other predictions in the report—the rise of veganism, a shift to vegetarianism, and the move away from street foods—will probably be confined to small groups but won’t constitute a trend. A majority of Indians eat meat and fish, so it is going to be difficult for them to switch to a vegetable-only diet especially if the meats are available from trusted sources. One only has to look around in cities like Delhi, Mumbai and Bengaluru to see the crowds around street vendors selling paneer kathi rolls, kebabs, chicken curry and egg parathas, and also the huge popularity of online fish and meat portals. There will be a shift though, in the way meat is packaged and sold to wealthy urbanites and millennials. Online portals will see more competitors but trusted local butchers will continue to flourish.

In the restaurant space, digital and hybrid restaurants are here to stay. As Alex Canter, the CEO of Nextbite and Ordermark points out in a Forbes magazine article, globally, the hybrid restaurant is here to stay. So existing and new start-ups would be hybrid, and would have to factor in online ordering, delivery and pick-up as part of their daily routine. Globally, digital ordering represents 28 per cent of the restaurant business today as compared to 10 per cent in pre-pandemic days. In India, a BCG report predicts that the online food industry will become an $8 billion market by 2022, doubling from $4.35 billion in 2021. Online ordering apps like Zomato and Swiggy have become extremely popular, and are slated to grow further, with Zomato tying up with Uber’s food delivery network.


In the restaurant space, digital and hybrid restaurants are here to stay. So existing and new start-ups would be hybrid, and would have to factor in online ordering, delivery and pick-up as part of their daily routine

One of the reasons for the popularity of these apps is the variety of cuisines on offer. The question for the budding and established restauranteur is whether restaurants that specialise in single cuisines will do better than those that offer a range spanning north and South Indian and Chinese. Are we going to see a shift away from the Woodlands, Moti Mahal and Saravana Bhavan models that offer multiple cuisines? Will there be more region-specific, home-chef and curated meals on offer? The 2021 trends highlighted by Munshaw-Ghildiyal’s report suggest that will be the case.

In 2017, Swiggy’s survey on the most popular dishes ordered online included seafood in Delhi, North Indian food in South India, momos and baked rosogolla in Kolkata, street food like chaat and pav bhaji in Mumbai, and Chicken 65 in Hyderabad. But the top all-India dish was biryani. The love of biryani, a one-pot dish, affordable and with a longer refrigerated life, continued during lockdown. It was the most popular dish online, followed by masala dosa, paneer butter masala and chicken fried rice. Pizzas and momos were also popular, as was gulab jamun, the most favoured dessert. In January 2021, Swiggy reported that Bangaloreans ordered the healthiest dishes such as millet khitchri, corn sandwich, multigrain masala dosa and Mexican burrito bowl.

These dishes tell us something about our hybridity and pluralism when it comes to food. There was a move recently by some groups to claim poha as Indian and to taint biryani as a Mughal import. Both dishes are made with rice, both are part of cultural practices that have little to do with religion, and both dishes have been welcomed in a land that is the melting pot of many cuisines. Biryani is prepared in myriad ways that soak up a particular region’s cultural and local flavours. Hence the variety of biryanis on offer—Hyderabadi, Avadhi, Mughlai, Malabar, Goan, Sindhi, and Thalassery (Kerala). Dare one hope that biryani’s popularity indicates the impatience of urban India with these divisive moves?

Another interesting aspect of the popular dishes is that apart from pizzas and desi Chinese (favoured by the millennials), the other dishes are predominantly local in origin and flavour. The desi aspect of Chinese cuisine indicates that a foreign dish will be popular if the flavour profile is tweaked to cater to Indian tastes.

It has been mentioned before in earlier columns and in other research that India’s taste profile favours negative pairing of spices in a dish, that is, each spice performs a unique function, and two spices performing the same function are not usually found together in a dish. So if two spices share the same flavour profile (for example as souring agents), only one of those will be used in the dish, not both. Southern European (which includes Italy) and Korean cuisines too favour a negative pairing. Hence the popularity of pizzas (no doubt sprinkled with chilli flakes). One of my favourite pizzas has an ample sprinkling of green chillies, and one of the best risottos I had combined spicy green chillies with mushrooms.

While the reports on food trends focus on the middle and upper classes, the pandemic viscerally brought home to us the plight of the poor, especially the migrants who had to trek back to their villages during the lockdown. The misery and hunger of the poor has intensified in the pandemic, which deprived many of their livelihoods. It will take years for them to overcome these setbacks.

During the pandemic, one heard many stories of good Samaritans among the non-poor who sent food and money to civil society organisations that were distributing these to the poor. One hopes that this attitude will continue in the new year since the poor need even more help to emerge out of the pandemic-fuelled fugue.