I miss a dear friend who was also a teacher 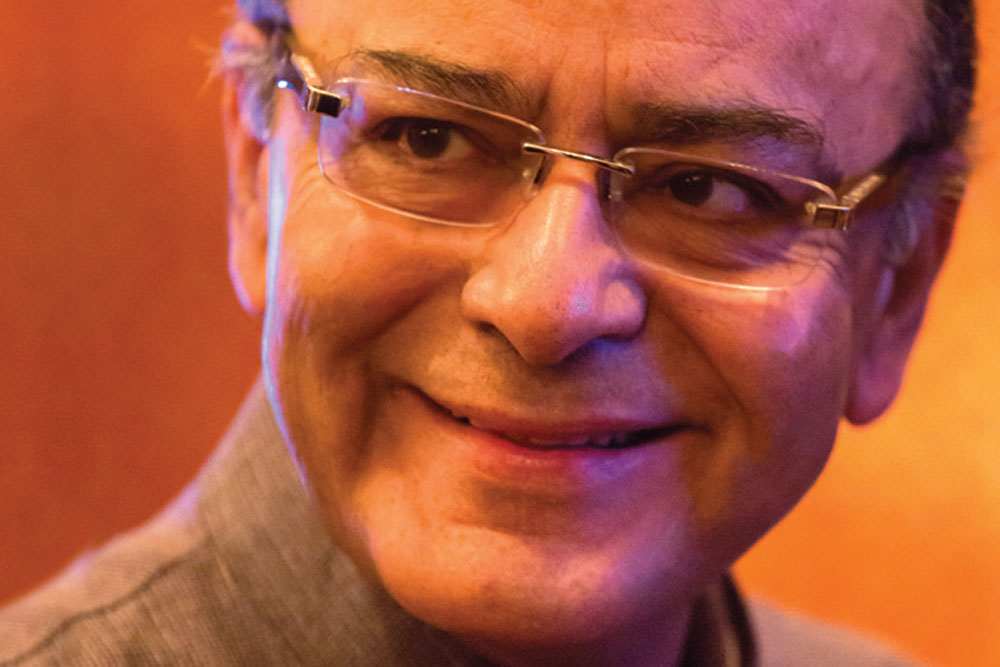 
FOR THE SO-CALLED ‘gentlemen in residence’—as the hostellers of St Stephen’s College used to be referred to in those days—there were multiple choices available three hours before dinner. The more athletic types and the lot that saw the college as an island, the destination was invariably the college café—a sanitised environment that served the legendary scrambled eggs and mince chops. A few, the bridge aficionados, clustered around the veranda of the Mukarji East extension, immersed in their cards and quite oblivious to the world outside. And, finally, there were a handful of us for whom the evening was incomplete without the mandatory gossip sessions at the University Coffee House, then located at the rear end of the vice chancellor’s office and the administrative offices.

The period 1972 to 1975, the lovely years I spent as an undergraduate student in Delhi, were exciting if you related to the outside. The Naxalite movement, which had captured the imagination of an earlier generation, had fizzled out in bloody disarray. Indira Gandhi was on a political high but the representatives of the Congress on the campus were seen as dodgy and undesirable. The Akhil Bharatiya Vidyarthi Parishad (ABVP) controlled the Delhi University Student’s Union but the Jana Sangh appeared too retrograde for those of us who wallowed in a confusing blend of neo-Marxism, the individualism of Ayn Rand and getting to a foreign university.

It was a strange blend of conviviality that defined the evening regulars who sat purposelessly in the narrow Coffee House extension puffing away at unfiltered cigarettes and drinking endless cups of coffee priced at 27 paise per cup. There were odd eccentrics who spoke to no one and one of whom was thought to be a police informer. There were the odd women students from Miranda House and Indraprastha College, accompanied by a lucky few and always the object of envious glances. There were some from the neighbouring Physics and Chemistry labs who kept to themselves. And, finally, there were the English-speaking Stephanians and a few from Hindu College who joined us. The Coffee House was a ritual and an addiction.

It was in the Coffee House that I got to know Arun Jaitley, then a student activist and a prominent figure in the ABVP. He used to appear quite regularly in the company of fellow Delhi University Students Union (DUSU) activists but invariably detached himself from that group to come and sit with us. He was unlike the other student netas in every respect. He brought to the table real political gossip and endless stories of the political world we were completely detached from. He was an accomplished debater and that granted him instant access to our snobby and intellectually pretentious world.

Almost single-handedly he demolished our aesthetic misgivings over the Jana Sangh and by the time the Jayaprakash Narayan movement entered the campus, many of us were intellectually at least at ease with mainstream Indian politics. He became the bridge to a political world we would otherwise have walked away from. It was a role he performed with style, conviviality and wit throughout his life, whether in opposition or in government. A natural raconteur, his knowledge of public personalities was encyclopaedic, as was his knowledge of law and cricket. His friendship cut across every political divide and for him, most ticklish political problems seemed prone to some negotiated settlement. His patience and persuasive skills were most in evidence during the interminable rounds of discussions that preceded the passage of the Goods and Services Tax (GST) in Parliament—and that too unanimously.

Arun’s approach was quite novel. He had an uncanny knack of ferreting out what an opponent actually believed and detaching it from his public position. His approach was to convince the other person that a blend of pragma­tism, logic and experience demanded they resile from a rigid position and accept a commonsense solution. The Government, for its part, would be willing to not merely bear the political costs of the reforms but also compensate the states for any possible loss to the exchequer. In subsequent days, many economists were critical of the initial GST for incorporating too many tax slabs and not going far enough. What they completely ignored was the deft political negotiations that were involved in bringing about a broad con­sensus. I often wonder if the GST would have become a reality had it not been for Arun’s negotiating skills which were complemented by his complete grasp of an infuriatingly complex subject.

Narendra Modi’s complete depen­dence on Arun’s negotiated approach to many complex and seemingly intractable political issues created an erroneous impression of him being essentially a backroom manipulator, an impression fostered by those who equated politics with grandstanding. Yet, Arun’s approach was a product of circumstances. Till fairly recently, the Modi Government suffered from a deficit of numbers in Rajya Sabha. This naturally meant taking many of the opposition parties along and, predictably, it meant quiet negotiations, reach­ing out to chief ministers and accommodation on completely unrelated fronts. The departure of the Telugu Desam Party from the treasury benches, for example, was almost averted. It eventually failed, not because the Centre was unresponsive to the demands by the Andhra Pradesh government, but because N Chandrababu Naidu believed that Modi was likely to lose the 2019 election and he wanted to be on the winning side. He read the tea leaves all wrong.

There was another facet of Arun that was also in evidence in his political career: his accom­plishment as a strategist. I had the good fortune of observing him at very close quarters during the Gujarat Assembly elections of 2002 and 2007, the Karnataka Assembly elec­tion of 2008 and the General Elections of 2009 and 2014. Each election involved different sets of challenges and different approaches. Where Arun excelled was in creating the narrative that would dominate the election, especially if it was complemented by the BJP organisa­tion on the ground. He applied himself quite rigorously to the preparation of the publicity material for the campaign, interacting closely with the creative agencies. Unlike many of the BJP politi­cians who either took an organisational perspective or reduced elections to a cluster of local-level alignments, Arun believed that the overall mood had to be shaped by a sharply focused approach. He was a sick man during the 2019 Gen­eral Election but despite this concern, his interventions were sharp and fo­cused. In his daily interactions with the spokesmen and other BJP publicists, he kept harping on the importance of not letting the opposition set the terms of the debate. He was sharp in his criticism of those who stepped out of line and his advice to all netas was instructive: “You don’t have to respond just because some reporter shoves a microphone before your face.”

There were two other features of Arun’s election management skills that stood out.

First, he was among the few politi­cians who knew how to read the reports by pollsters and, more important, how to use that data to fine-tune the overall strategy. He repeatedly warned the poll­sters that their job was not to give him good news but an accurate feedback. He was particularly upset when he discov­ered—after the results were declared—that he had been fed very misleading reports by the resident pollster.

Another feature of his election management was his success in build­ing a team, papering over cracks and motivating people. In the 10 years the BJP was in opposition after 2004, Arun was deputed as the election-in-charge of various states. He was quite clear that his job was not to go on stage and deliver speeches—that was left to the local leaders—but to ensure that the campaign was on track and that local rivalries didn’t jeopardise the campaign. He was always the invisible face of the election, but always the main strategist.

There were always sniggers from his party colleagues and others of Arun’s special relation­ship with the media. He was unquestionably a favourite but for a simple reason: he explained policy and he put develop­ments in context. These were interspersed with one-liners that were both witty and often quite devastating. These were the reasons why the moment he stepped into the Central Hall of Parliament for a cup of coffee, he was surrounded by journalists of every description. He provided a one-stop briefing that was invaluable.

Arun often found the reporting in the media tendentious and he was irritated by baseless tittle-tattle masquerading as information. But he was shrewd enough to recognise that the media played a big role in shap­ing perceptions and even disseminating information to the party faithful. He used the media and the media in turn relied on him. It was a complex relation­ship that was often misunderstood.

Arun’s main contribution was his ability to bring a large measure of nuance into the political arena. He did it with style, finesse, humour and on the strength of human relationships built over decades. A year after his death, we feel his absence deeply.

For my part, I miss a dear friend who was also a teacher.