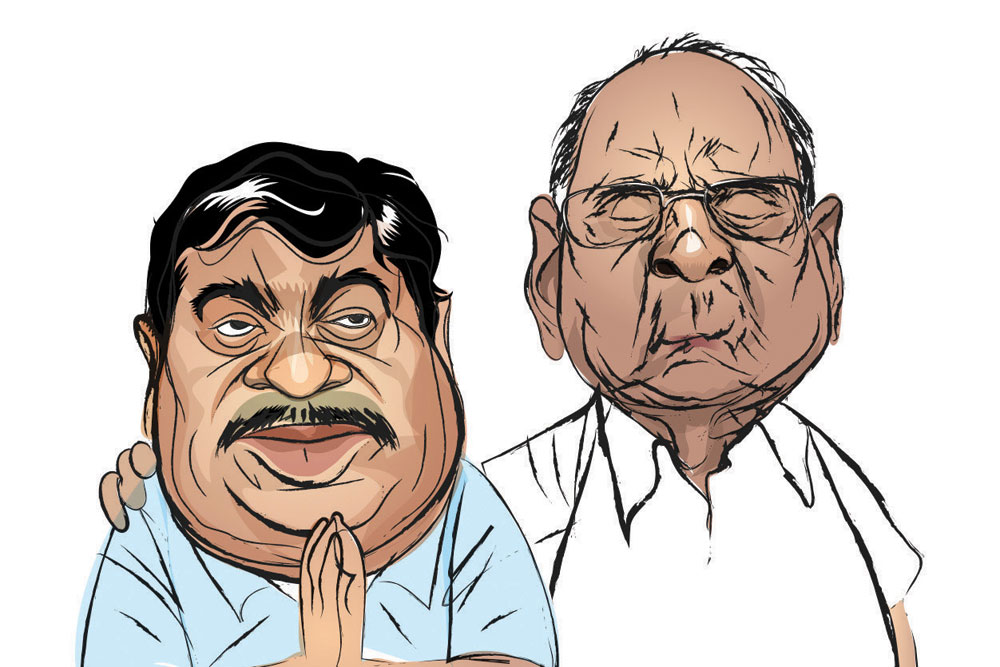 
It is a rare moment when you find a leader from one political party praising another in the opposing camp, that too when the individual is a prominent member of the ruling party at the Centre. And yet, this is what happened recently during an event in Ahmednagar in Maharashtra when Sharad Pawar showered praises on Union Minister Nitin Gadkari. The NCP supremo said many ministers lay foundations for projects that never materialise, but Gadkari is a man of action, someone under whom the Ministry of Road Transport and Highways has gone from just 5,000 km of completed work to over 12,000 km now. Never known for saying something without some secret design in mind, Pawar’s praise has naturally sparked a lot of speculation.

If you may have noticed, Kanhaiya Kumar was in a red top and Jignesh Mevani in a blue kurta when they formally joined Congress recently. This is because the choice of colour was meant to reflect their political backgrounds. Kanhaiya wanted to represent his leftist background with his red top and Mewani, the blue of Dalit politics.

Success of the alliance’s government in Maharashtra and the Shiv Sena’s recent unequivocal praise for Indira Gandhi have got many wondering if the Sena is trying push out Congress as the leading member of an anti-BJP alliance for the 2024 General Election. When Varun Gandhi supported the farmers’ movement and condemned the Lakhimpur Kheri incident, the Sena immediately supported him and called him Indira’s grandson. When his cousin Priyanka Gandhi went to Lakhimpur Kheri, it again harked back to Indira, calling her the granddaughter of the late Congress leader. Incidentally, Sena founder Bal Thackeray was one of Indira’s fiercest critics during Emergency. 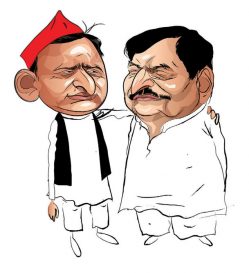 It is no secret that Akhilesh Yadav and his uncle Shivpal Singh Yadav do not get along. During the 2017 Uttar Pradesh (UP) elections, Shivpal’s activities were known to have hurt his nephew in several seats. With the crucial 2022 UP elections around the corner, Akhilesh wants to call a truce. He has offered his uncle seven seats, but the latter is believed to have demanded a minimum of 30. If he does not have his way, Shivpal is believed to have threatened that he will field his own candidates under his own party symbol. Sources in the Samajwadi Party (SP) say Akhilesh is upset and many within the party point to the large bungalow Shivpal has been provided in Lucknow, the Z-plus security he enjoys, and they wonder if Shivpal has a tacit arrangement with Yogi Adityanath.

After the recent skirmishes between the Centre and farmer groups, the Maharashtra cabinet called for a day-long bandh. It is believed that the state police tried to get shops closed and people away from the streets. But the bandh got a lukewarm response, especially in Mumbai, where the city’s famed work culture ensured people still stepped out to get to their offices and stores. Sharad Pawar and a few other politicians are believed to have been upset about the bandh call. According to the buzz, these leaders pointed out that not only does it set a bad precedent for a state government to call a bandh within that state but that it is crucial for businesses and offices to get all the support they can after the Covid-induced economic disruption.

Priyanka Gandhi, who started her agitation against the Adityanath government from Varanasi, plans to visit all the districts of UP. But her visit to Lucknow isn’t just about the agitation. She is also trying to work out an alliance with SP. Akhilesh Yadav, however, is believed to be not too keen on such a tie-up this time round. BJP’s strategists are watching the proceedings closely. An improved Congress performance in UP won’t be such a bad thing. It would only divide the anti-BJP vote bank.

Before his untimely death, Madhavrao Scindia was an important Congress leader. In an earlier time, Congress would have marked his birth and death anniversaries with several grand events. But that has now changed with his son Jyotiraditya’s switch to BJP. On his death anniversary recently, all that Congress did was release a book on him in Bhopal. BJP, however, organised a bhajan sandhya in his name in Gwalior.

Bahujan Samaj Party (BSP) supremo Mayawati is in a fix. It is no secret that unlike in the past she has somewhat softened up to BJP now. She even publicly declared that if her party came to power in UP next year, she would not impede the development work in Varanasi, Ayodhya and Mathura, some of BJP’s pet projects in the state. But this soft line is unlikely to endear her to the state’s Muslim voter. The Adityanath government’s diktat banning the sale of meat and alcohol in the Mathura-Vrindavan area, which has affected many Muslims who depend on the meat business, has only further antagonised the community. Can Mayawati navigate this dichotomy, seeking the Muslim vote while also going soft on BJP?

Business, Not As Usual

With the West Bengal elections now long done and dusted, Chief Minister Mamata Banerjee is keen to put political rivalries behind her and focus on the state’s industrial growth. When she learnt that the Adani group was interested in investing in the Haldia port recently, some local leaders approached her, asking her to stop the group from entering the state. But Banerjee is believed to have told them that for the state’s development, all industrialists are welcome.