The Return of Ideology

There's an ideological method in Trump's madness, and at its most fundamental level, it's all about what constitutes national identity 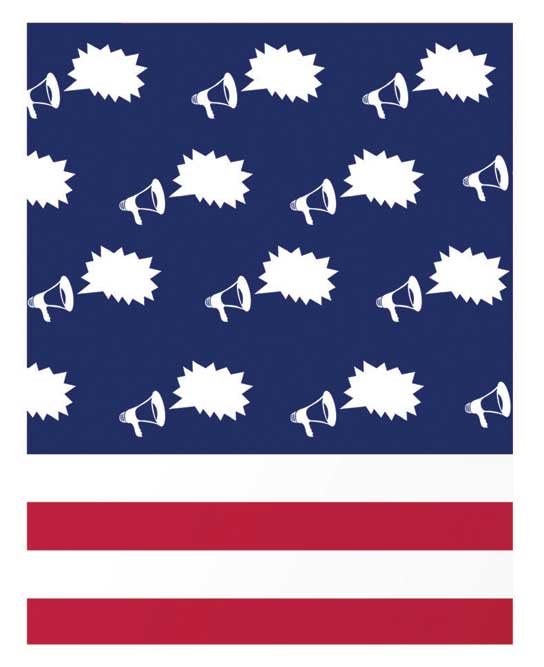 THE NEWS FROM the afterworld is alarming, unless you are a Trumpian cheerleader or some other variation of the nativist. In this world, the struggle for ‘Greatness’ and ‘Firstness’ eclipses the last vestiges of dignity and decency in politics. This world, as received wisdom goes, is born after the death of truth and fact; it’s born in the ruins of reason. It is the bastard child of emotion and fantasy. Liberals and other such noble souls, repelled by the nausea, are already fleeing this world and taking refuge in the echo chamber of angst-ridden refuseniks.

This kind of initial upheaval is unprecedented in modern American presidency. To a large extent, the circus in Washington has contributed to it. And liberal media alarmism has given it an end-of-civilisation urgency. A more sobering look at Washington—and beyond—will tell us that Trump in power is an imperfect manifestation of ideology’s comeback. Beneath Trumpism and other glory-driven nationalist movements, no matter from the extreme left or right, simmers the ideology of the new New Man. We know what happened to the old New Man, assembled from the ideals of socialism. History was cruel to the most ambitious artefact of ideology, that beguiling lie.

In retrospect, ideas of the free man did not get an uninterrupted passage in the post-ideological world. The so-called ‘clash of civilisations’, played out in the wreckage of communism, brought out the raw furies of nationalism in the Balkans and elsewhere, and it rhymed with hatred. The transfer of power, or the assertion of the individual, was not as velvet as it was in Havel’s Prague. It was bloody, divisive, but freedom nevertheless. Maybe such ruptures were inevitable in the larger narrative of liberal democracy’s triumph over the pretence and pathologies of ideology.

If there was one still on the rise, it was God’s ideology. Islamism did not replace communism as the new faith in power, but in its fantasy of the perfect tomorrow on earth; and of course in its bloodlust, it was equally ambitious. Today, it is not the physical reality of the Islamic State that threatens the world. Its disruptive powers as an inspiration for jihadi groups continue to be a bigger threat to global stability. That said, in the world without the Berlin Wall, it was not ideology that changed our lives in the most dramatic ways, for better or worse, but ideas. Even as the Wall retreated in the minds of the liberated, man extended his freedom in a globalised society by stretching the limits of technology.

Were we getting cosier in a la-la land where ideas and people moved so effortlessly to create a fragile idyll, unaware of the telluric current of resentment? The new angry man was waiting for his moment. Ideology, this time, arose not from the book but from television bites and newspaper headlines. It was not grand theologies of salvation but revisionist tidbits of marginalisation and colonisation that swayed the 21st century proletariat in America and Europe. Revolution does not repeat itself as tragedy or farce; it is always as hope exaggerated by the impatience of the underclass. And in its vanguard is always a man who mobilises fear in the struggle for Greatness.

So Trump, or for that matter a Geert Wilders in Holland, is not all circus. There is an ideological method in his madness, and at its most fundamental level, it’s all about what constitutes national identity. Back then, such doubts were made redundant by a total repudiation of the individual for the sake of the collective. Now, such questions are challenging notions of national character. It is this new consciousness that powers the anti-immigrant sentiment in Trumpistan and other such resentful places elsewhere. The soothing liberal idealism of we-are-a-nation-of- immigrants, evocatively brought out by the recent ‘flameout’ cover of the New Yorker, is being countered by the alternative of a shared value system rooted in religion and community. Are nations formed of just demographics? Or are they shaped by common affinities and the moral inheritance of a people? The struggle for an answer is the struggle of our times, and it is not just American, it is increasingly every nation’s, including India’s.

Liberals are in thrall of their historic battle against the man who has no right to be president. What they don’t realise is that if it is not this man, then it will be another. Out there someone is more than a Muslim or a Latino or an African American or a Hindu or a great-grandchild of a European immigrant—someone moulded by the emotional, moral and cultural covenant with the nation. The new revolutionary may not have got the perfect spearhead, but he is winning the argument for—and against—power.