The new revolutionaries are democracy’s most rewarded children 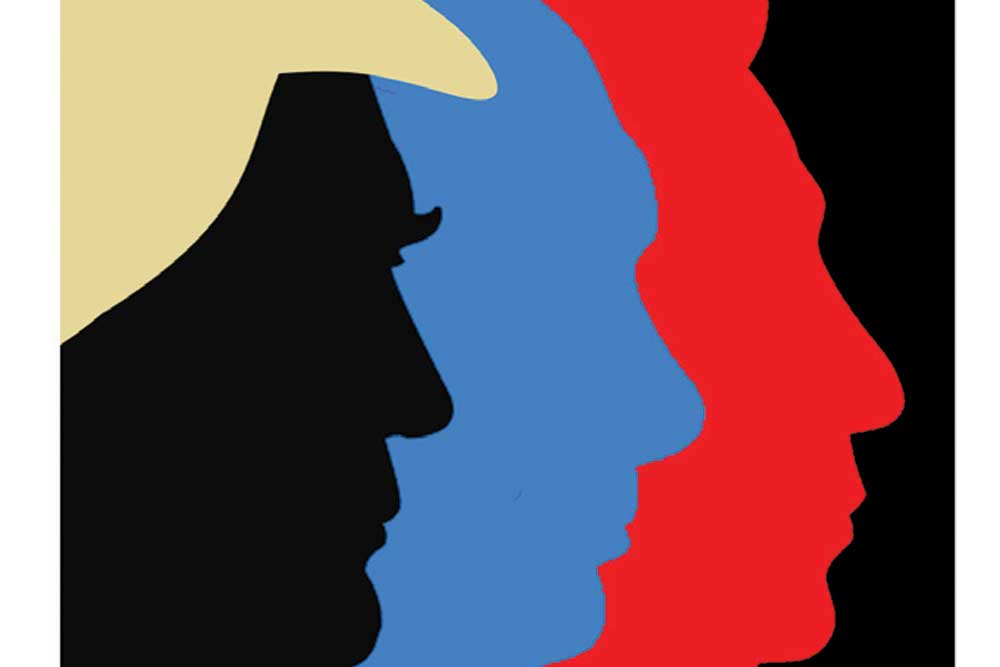 ONE HUNDRED YEARS ago this month in a cold night, Vladimir Ilyich Ulyanov, wearing an ill-fitting wig to disguise his identity, walked the longest distance in his life, but the storming of the Winter Palace in Petrograd was less dramatic than what was written in the mythologies of the New Man. The transfer of power from the post-Tsarist provisional government headed by Alexander Kerensky to the Bolsheviks was, in the words of the liberator himself, “as easy as picking up a feather”. Lenin went on to build history’s biggest Empire of Lie.

Empire-building was a process that validated the supremacy of one man, keeper of the only truth, over the masses, which need to be directed towards happiness. Lenin began it: the Unquestionable Power of the One. Where gods and monarchs failed, the most accomplished mind of mankind wanted to succeed: heaven had to be built here and now, on this benighted earth. So it was a historical necessity to banish questions, and make the apparat—the Party—pervasive. He was the First Totalitarian, the Originator, and he created the structure on which the Great Terror of Stalin would be played out. Lenin’s genius, long before ‘evil’ was deployed as an adjective to it, was traced by a sycophant, as quoted in a brilliant new biography by Victor Sebestyen, to the shape of his skull: ‘The structure of … (Lenin’s) skull is truly striking. One has to study him for a little while to appreciate its physical power, the contours of the colossal dome of the forehead, and to something that I can only describe as a physical emanation of light from its surface.’

In communism, immortality is constructed to perfection by formaldehyde and the embalmer’s chemicals. State-supervised necromancy keeps the Lenin cult alive even today. And ‘a physical emanation of light’ from the surface of many rare skulls illuminates global power today. Only revolutionaries die; revolutions don’t. In Moscow today, nationalism breeds nostalgia. Lenin’s tomb is a necessary reminder of Russian exceptionalism, which is today Putin’s political badge. For the autocrat of the twenty-first century, the promise of a Great Tomorrow requires the invocation of the Glorious Yesterday.

The new strongmen, invariably, borrow from the original, certainly in the matter of the organisation. The maximum leader can’t do without the apparat. In Beijing, communism may be a misnomer but the Party is an overwhelming reality. A smooth running of social capitalism needs the party network, Leninist to the core. The new Helmsman has already begun the project of his own immortalisation, for he knows that his successor is unlikely to avail the embalmers’ services. As the Xi cult aspires to be as powerful as the Mao cult, the Party, unforgiving and omniscient, stands guard.

Still, the Revolution is elsewhere, and the strongman born out of it has many names: populist, nativist, outsider, insurgent… Donald Trump may be a reckless anti-Establishmentarian in power, and the aesthetics of which may assault not just liberals but blue-blooded conservatives as well. But behind his insurrection lies the truth of popular resentment against the institutionalised Left and Right. The working class of America doesn’t get a Lenin; they get a different kind of revolutionary who is not guided by the Book. Fear of the future permeates his politics. So he promises to make America “great again”. The new revolutionary doesn’t need ideology. Pure demagogy will do.

Elsewhere in Europe, the ideological middle is shrinking. Moderates who cater to liberal instincts on issues such as immigration, unrestricted globalisation, shared global destiny are losing the ground, the plight of Angela Merkel being a good example. The new extremist asks the question: Who are we? That is the winning populist’s default position. As John B Judis writes in Populist Explosion, ‘Calling these parties and campaigns ‘fascist’ can make for effective politics. It does bring out what is most toxic about these movements—their scapegoating of other nationalities and religions and in Trump’s case, too, the encouragement of thuggery—but it is not helpful for understanding their actual role in contemporary history. Calling them fascist exaggerates the danger they pose— they don’t threaten to wage war or disband parliaments.’ They are democracy’s most rewarded dream sellers.

One hundred years ago in Russia, Lenin launched the biggest dream of the twentieth century. It took more than seven decades—and countless unmarked graveyards—for the living to realise the folly of it all. Out there, someone is still manufacturing dreams for the disenchanted, but revolution today is popular in its true democratic sense.