The Fall of Man

And a new moral system in the making 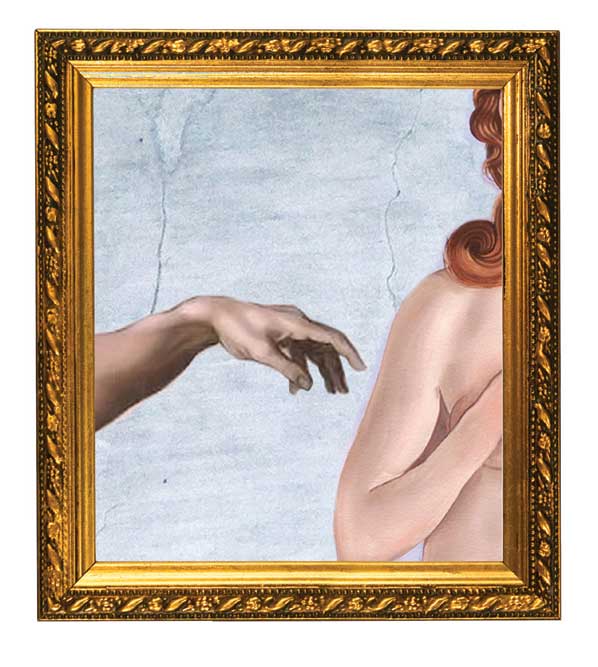 THE UNZIPPED MAN in power is an image that reinforces the gender stereotype of our times. Good journalism and bolder women have come together to shame and then banish him from the limelight. The guy who still lingers in memory after the evening is not the gentleman who flirted with elegance, or the one whose gallantry was straight out of a Jane Austen novel, but the Lothario in pinstripes who prowled and pawed in the shadows. When apologies came, it was all blamed on bad biology. A curable crime. Look, I’m undergoing treatment, trying to tame the beast. And, as more and more victims return to that distant day of terror, it looks like the beast has names other than Harvey Weinstein. It has been photographing beautiful women in the nude and demanding oral sex in a trunk, a subliminal creative expression. It has been putting its hand on her bare knees in the course of a professional conversation. It has been falling over star-struck boys. And it has given a new name to the power centre of parliamentary democracy: Pestminster. Welcome to the sleazegeist.

Who’ll castrate the beast? That’s the question the new feminism, buoyed by hashtags and confessions, is asking. And every ism, for its assertion and perpetuation, needs an Evil Other. It’s necessary, even customary, to sustain the argument, to magnify the victimhood. Here, they didn’t have to invent one. They just needed to step into the office space, a hotel room, a film set, or anywhere the man presided. It was, not just in popular imagination but even in the architecture of domination, masculinity that defined power. In the most dominant ism, one that swayed an entire century, and is currently confined to places of faded machismo or paranoid nationalists or comic strip adventurists, the phallic was the preferred aesthetics of power. Above the man in the Kremlin soared the granite structure in its overpowering drabness. The revolutionary kitsch was built on masculine realism.

That ism in an overcoat is an archival piece today. Capitalism has won the argument, and power has shifted from the party room to the boardroom, where the glass ceiling has been cracked but not shattered yet. If she tries, the guy is there to bring her down, or to give her a leg up, inappropriately, it’s been revealed. In the new narrative of retrospective confessionals, the male in authority is a sexual predator for whom what mattersmore is not dignity or decency but a biological imperative. We have come to a stage where moral policing—well, it’s already been legitimised— alone can contain his reign. Man, he’s in a pathetic state.

His fall has brought a new moral order in work places and elsewhere. Peace cannot be maintained when so many bullies are running around looking for a place to ejaculate. These are dangerous times, for, as The Spectator has written in its recent cover essay by Lara Prendergast, ‘A new schism is opening up between men and women.’ Provoked by the tone of the new feminist movement, the writer says, ‘Think of it as a new sexual reformation. Five hundred years ago, Luther posted his 95 theses on the door at Wittenberg: today, prominent women have begun issuing edicts about appropriate male behaviour. Like Luther, these women think it is their mission to change the world.’ Is it the change we need? The Spectator’s fear is not out of place: ‘This new sexual reformation may leave women feeling safer in a domestic environment—surrounded by other women —or chaperoned when out in public. So what started off as an attempt to give support to abused women mutates into a movement that undoes everything women’s rights campaigners have fought for. Men, too, may cut themselves off, retreating into the company of other men, and we will be back where we were a century ago. How’s that for a sexual revolution?’

It’s the Spectator, so don’t be alarmed. The Decline of Man and the possibility of an era of segregation in places where till the other day he could put his arm around a colleague without being called a creep are the inevitable markers of a new moral system in the making. The sacred feminine is set against the profane male. The power of profanity is out there on display, in the highest office of capitalism. The crotch-grabbing showman is in power, and do the freedom fighters need a symbol more repulsive than a priapic presidency?