The Fall of Man in the Age of Anger 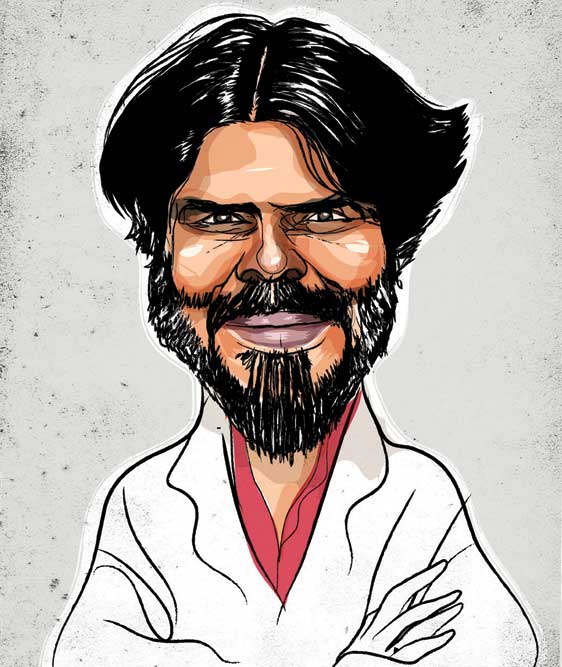 SOMETHING WENT TERRIBLY wrong in the 21st century. It began by shattering the idyll of liberal democracy in a world where the Iron Curtain had migrated to the minds of nationalist comrades in Asia and Latin America— and, mostly, it was more comic strip than Stalinist horror. It was the morning after the Age of Lie, and we were still recovering from the bloody aftermath of the post-communist identity crisis in the Baltics and elsewhere, hoping that the argument over freedom would not demand more graveyards. We were wrong. Someone else was reading the Book, another aggrieved revolutionary who found his Finland station in Afghanistan’s Mount Jihad. Everything changed after 9/11, even the idea of the Islamic revolution itself. As the legacy of Ayatollah Khomeini waned as a global force, in spite of Iran’s nuclear ambition and political persecution at home and destabilisation project in the neighbourhood, the cult of Osama bin Laden spawned the war on fear. We have not won that war yet.

Meanwhile, a new revolutionary emerged, and he wore a balaclava. In the updated version of video jihad, the killer, whose backdrop has shifted from the mountains of Afghanistan to the deserts of Syria, held the butcher’s knife to the camera, and before him knelt the victim in orange robes, the man a journalist or an aid worker, the colour of his dress a reminder of Guantanamo. The Islamic State, in its geographical ambition and ideological depravity, was—and still is—a reaffirmation that global terror does have a religion. It also shows how the free world lacked the kind of moral clarity it required to take on political Islam. Even as ‘freedom fighters’ of the Caliphate intensified their war in Europe—Paris was the favoured destination—the West was far from being a united front in its response, whether intellectual or militaristic, to terror. The Islamic State as a physical reality is unlikely to survive; it will continue to be an inspiration for aggrieved romantics from the ghettos. Anger feeds on ideologies that promise a world better than this wretched place without justice, and the jihadi is being promised much more.

Politics would catch up with religion in the promise race. It always did. Wasn’t communism, in its promise of heaven on earth, as ambitious as Christianity? The evangelism of populists, across Western democracies, is sustained by the idea of Greatness. What we consider the possibilities of modernity are, in the mind of the angry nativist, the imperatives of multiculturalism. It has become increasingly impossible for the nativist to be at home in a globalised world, where the movement of everything except his own dreams has become easier. In an unequal world, he felt alone and abandoned as everyone else around him—the immigrant, the politician, the bureaucrat, and the plutocrat— thrived. His resentment lay stagnant for a very long time, beyond the grasp of traditional parties. The Left lost the underclass as much as the Right lost the culturally disenchanted. Enter Trump and his variations in Europe. The new populist defied the old ideological divisions as he tapped the swelling resentment of the century. His ascent was directly proportional to the fall of the Establishment politician.

Today the cult of the enlightened individual is being challenged at gunpoint by bad ideas of common good, as if you are experiencing the backlash in an echo chamber of history

Anger has become the unifying theme of the century so far. It brings the cut-throat jihadi and the me-alone populist into the vanguard of a nascent century. The politics of justice, whether it is the secular or religious variety, is built on the grievance of the abandoned, and it further illustrates how a broken society can make the return of ideologies easier. The gospels of the newly armed Greatness seekers set the stage for a new class war, and the echoes of the old war-cries cannot be missed if you are as good a reader of history as Pankaj Mishra. ‘After a long, uneasy equipoise since 1941, the old West-dominated world order is giving way to an apparent global disorder. Anglo-America no longer confidently produces, as it did for two centuries, the surplus of global history; and the people it once dominated now chafe against the norms and valuations produced by that history. Some of the most acrimonious debates today occur between people whose lives are marked by the Atlantic West’s still largely unacknowledged history of violence, and those who see it as the apotheosis of liberal modernity: the region that since the Enlightenment has made the crucial breakthroughs in science, philosophy, art and literature, and made possible the emancipation of the individual from custom and tradition,’ he writes in the very beginning of his new book, Age of Anger: A History of the Present (Juggernaut, 404 pages, Rs 699).

As a ‘stepchild of the West’, Mishra’s intellectual affinities are divided, but, as you turn the pages of this animated history of ideas, it is not hard to find the provenance of evil. Turn the back pages of Europe’s intellectual history, as Mishra does with such panache rarely seen in contemporary narrative non-fiction, and you will realise how irredeemably trapped the world is in its own inheritance of ideas. He is not just seeking a remedy for the present ‘global civil war’. Leave that job to op-ed pundits. He is taking us on a conducted tour through the ideas and arguments of the last two centuries that played out the illiberal instincts of the West. By so doing, Mishra, as usual, is consciously breaking away from ‘the simple-minded and dangerously misleading ideas and assumptions, drawn from a triumphalist history of Anglo-American achievements that has long shaped the speeches of statesmen, think-tank reports, technocratic surveys, newspaper editorials, while supplying fuel to countless columnists, TV pundits and so-called terrorism experts.’

In his defiance of modernity’s received wisdom, one philosopher comes handy: Rousseau, historian of the heart. The 18th century Geneva-born French thinker was the first to highlight the discontents of the commercial society: the Enlightenment man, or modernity’s first man, was, essentially, an outsider in the crowd, his freedom subordinated to the whimsies of the state. Rousseau, himself an outsider in the salons of Paris, found the ideal state in ancient Sparta, where the communitarian mattered more than the individual. Today, as Mishra implies throughout the pages of his book, the cult of the enlightened individual is being challenged at gunpoint by bad ideas of common good, as if you are experiencing the backlash in an echo chamber of history.

The history of the present, a term originally used by the diplomat-scholar George F Kennan and later by Timothy Garton Ash, is a preordained text we are condemned to play out. What makes this text an indispensable addition to the canon of intellectual histories is not just the urgency of its argument but the delightful march-past of writers, from Herzen to Heideggar, from Giuseppe Mazzini to Ian McEwan, from Osip Mandelstam to Thomas Mann. The individual entangled in history has always dominated the European imagination, but it takes the dissenting voice of Enlightenment’s stepchild to redeem him from the swamplands of anger. Mishra, one of our most elegant prose writers at work today (he loses the cool and gives in to visceral hyperbole only when writing about right-wing India), closes the argument by canonising Pope Francis as the most influential public intellectual of our time. Isn’t it a consoling irony that the archetypal enemy of Enlightenment provides a moral rejoinder to the fallen individual in a globalised society?

It is consoling only if we mortgage our future to the intellectual demands of the past. Only if we have already lost faith in the possibilities of individual spirit in strengthening the social contract.