Éric Vuillard, the 2017 winner of Prix Goncourt, returns to the pathologies of the past in what could be the smallest novel—and one of the most powerful-- ever written on the Nazi project 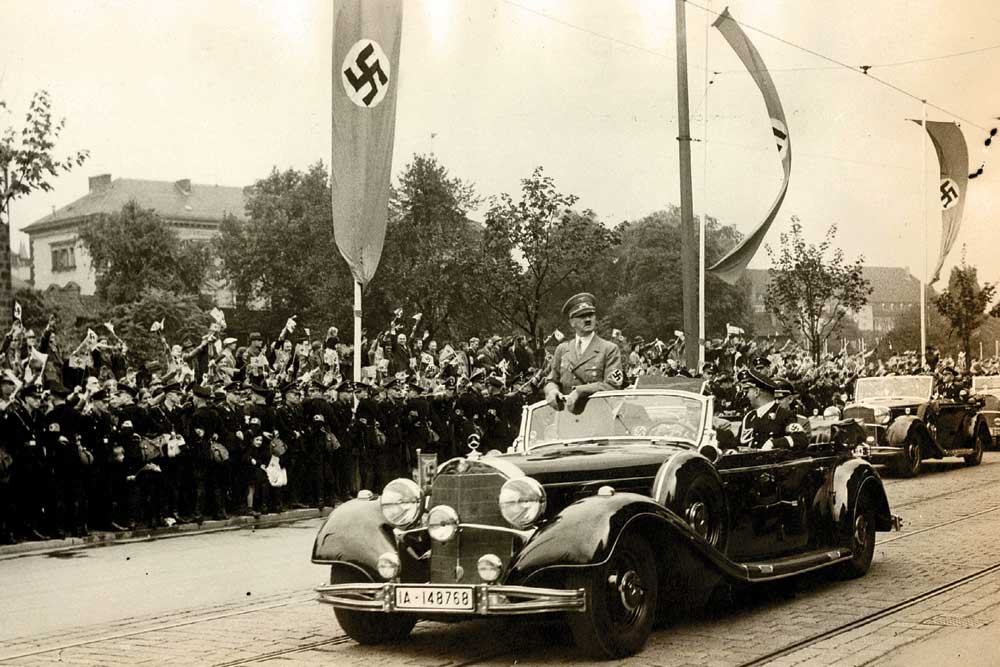 FOR SOME OF the finest European novelists, ‘historical’ is an adjective made redundant by a sense of ‘being in the world’. The past is a permanent entrapment, irredeemable; and the rite of memory is what makes art an obligation, an intimate urgency of the living. The Jewish experience and World War II have altered the geography of freedom—and of cruelty. They have changed fiction, too. There could have been no poetry after Auschwitz, but when it did sprout on the charred earth of Europe, it carried within it all the abandoned sighs of a people. We re-read a Primo Levi or a WG Sebald to realise how a resonant word like ‘Holocaust’ still remains a throbbing incomprehension, and in the words of the historian Timothy Snyder, as ‘history and warning’. Words continue to return to the embers of memory, for the past demands so much from European fiction.

Éric Vuillard returns to the pathologies of the past in what could be the smallest book ever written on the Nazi project. The Order of the Day (Other Press, 132 pages, $21.95), winner of the 2017 Prix Goncourt, France’s highest literary award (its prize money is €10), is big on what it says in epigrammatic black humour that reminds us of vintage Kundera. The annexation of Austria—condensed in the vocabulary of dehumanisation as Anschluss—on March 12th, 1988, is the premise, but Vuillard, who is also a filmmaker, shuttles between a series of set pieces of grotesquery that makes us laugh and cry. Evil is not just banal; it’s a shared experience, a joint venture of the good, the grand, and the comical.

The novel opens with choreographed solemnity, set on February 20th, 1933. The grandees of German industry—among them Gustav Krupp, Albert Vögler, and Wilhelm von Opel—enter the palace of the President of the Reichstag for a secret meeting with Hitler, the new chancellor. First Hermann Goering strides into the salon to set the tone, to outline the future, and to solicit participation. ‘He mumbled a few words of greeting, then immediately launched into the upcoming elections, on March 5. The twenty-four sphinxes listened closely. The electoral campaign would be crucial, the President of the Reichstag announced. It was time to get rid of that wishy washy regime once and for all. Economic activity demanded calm and stability. The twenty-four gentlemen nodded solemnly. The electric candles of the chandelier blinked; the great sun painted on the ceiling shone brighter than before. And if the Nazi Party won the majority, added Goering, these would be the last elections for ten years— even, he added with a laugh, for a hundred years.’ Now the new chancellor makes an entry, thanks everyone, and in his thirty-minute speech, rages against weak governments and communism—and asks ‘every entrepreneur to be the fuhrer of his own shop’. In the end, the grandees pledge millions to the Nazi mission. Their business legacies are still ‘here, there, everywhere, in all sorts of guises’: ‘Our daily life is theirs. They care for us, clothe us, light our way, carry us over the world’s highways, rock us to sleep. And the twenty-four gentlemen present at the palace of the President of the Reichstag that February 20 are none other than their proxies, the clergy of major industry; they are the high priests of Ptah. And there they stand, affectless, like twenty-four calculating machines at the gates of Hell.’

Hell is built by one man’s fantasy, and at the site of construction we see unlikely volunteers. Vuillard is a master re-creator of mannerisms missed by historians. In November 1937, Lord Halifax, Britain’s Chancellor of the Exchequer, will make a courtesy call on Goering, the father of the Gestapo, and the two men will go on a hunting trip. Halifax, ‘the old fox, cannot have missed Goering’s raving egomania. He might even have witnessed him suddenly letting go the wheel of his convertible and shouting into the wind! Yes, he must have divined the horrifying core beneath the pasty, bloated mask.’ When the Englishman meets Hitler, he mistakes the Führer for a lackey. Later, he would write in his memoir that ‘he simply hadn’t bothered looking up: all he had seen was a pair of trousers and two shoes.’ Halifax conveys to the German that England is fine with the Reich’s plan on Austria. Halifax, the apostle of appeasement, doesn’t believe that the powerful force of nationalism and racialism is ‘either unnatural or immoral’. It is in the minds of men—appeasers, collaborators, conspirators, cowards, vacillators and jokers—that Vuillard raises his little monument to the frailties that spawned evil.

In the run up to Anschluss, there’s this meeting between the Austrian Chancellor Kurt von Schuschnigg and his host, the Führer, in the latter’s home, the Berghof, in the Bavarian town of Berchtesgaden. Schuschnigg is caught between awe and anxiety, the intimidated vassal occasionally distracted by the garish furnishing. At one point, the screaming Führer asks him what the contribution of Austria has been. The guest, desperate to pass the test, says Beethoven. Hitler says no, he’s German. He’s right, but the Austrian chancellor stammers, “But he’s Austrian by adoption.” Schuschnigg leaves without staying for dinner, as a man who has surrendered before the invasion. His legacy will be steeped in ambiguity and moral evasion even as the scholar-politician leads a post-War second life on an American campus.

The Order of the Day is inhabited by such comically etched characters in a performance that shifts from pure farce to nihilistic fury with amazing ease. As German tanks roll into Austria, a farewell luncheon is in progress at Downing Street, London. The Reich’s ambassador, Joachim von Ribbentrop, is returning home to take up a higher position, and Prime Minister Neville Chamberlain is playing the perfect host. The German also happens to be Chamberlain’s tenant in London. Ribbentrop is in his element, as storyteller and connoisseur. In the middle of lunch, as Churchill, one of the guests, writes in his memoirs, a Foreign Office messenger enters and delivers an envelope—and the mood changes. The host becomes impatient, and the guest gets more animated about French wines. Chamberlain has just been delivered the bad news from Vienna, but Ribbentrop is enjoying the lunch too much to leave. Once in their limo, the Ribbentrops ‘had a good laugh at the trick they’d played on everyone’. They had just kept the British prime minister distracted.

On March 12th, 1938, as Austria falls, the invasion itself has a touch of the farcical. The tanks break down, and Hitler looks at the stalled war machine with contempt from his Mercedes. German efficiency will finally save the day. Vienna becomes the first victim of the Nazis’ global ambition, where Jews are dragged across the street, and where suicide becomes the revenge of the marked. Hitler’s grand entry into the city is pure Chaplin. ‘He screamed in a German very close to the language later invented by Chaplin, full of vituperations, in which they could make out only a few scattered words: war, Jews, world. The multitudes roared.’ Cruelties of history are followed by stage-managed endorsements. The story of the Anschluss—the prologue to the extraterritorial terror played out by the Führer and his maniacs—is the co-authorship of evil as well. No good men come on stage when Europe waits for the intervention of sanity. They all opt for Chaplin’s script even before Chaplin could imagine it. The Order of the Day is such a powerful piece of writing that the laughter it evokes holds our tears back for another bad day. The day that makes history immediate.