It’s that time of the season when… 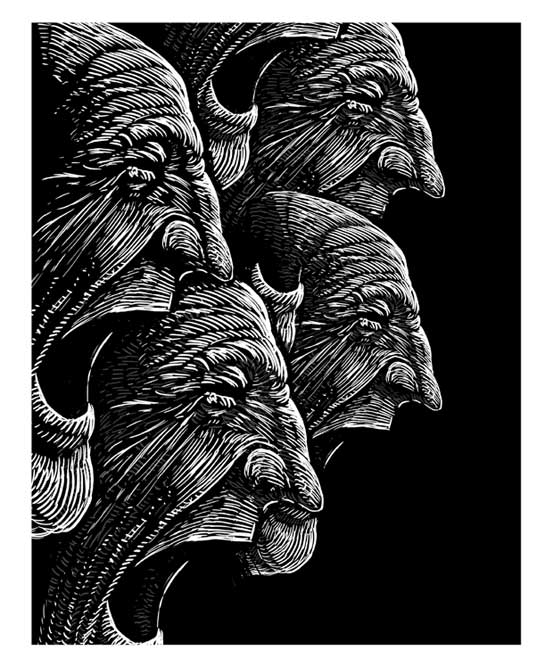 …premonition casts a darker shadow over the op-ed pages where a wilful suspension of dissent prevailed for long, as if to speak up was to commit blasphemy, to give oneself to the internet lynch mob, to isolate oneself as a heretic worthy of being burned at the digital stake; and where the fear of being frowned upon by the one whose name shall not be mentioned ran between the lines;

…dissenting savants have regained their words, shed the last raiment of fear, and written the last phrase that an irredeemable regime deserves, a regime, as the newly liberated pundits tell us, that has outlived the vote—and, more significantly, their initial endorsement;

…the political obituary, the eleventh-hour dissenters’ last act of bravado, shows an aversion to the normal, defines change in terms of comfort and status quo, and takes particular offence at initiatives that imagine a future beyond an inherited mess in the marketplace and in taxation;

…Demonetisation rhymes with demonisation, no matter if the same people sought by news cameras for the perfect queue on election days queued up outside ATMs too, without complaining, vindicating the truth that the credibility of the politician who takes the boldest—or most unpopular— decision matters, that we have come to take this attribute for granted after suffering a decade of vacillation and vandalism in governance, briefly guided by apparatchiks still in their Soviet make-believe;

…GST is a crime against those who stood by the BJP through its best and worst of times, and, strangely, this invention of evil comes after years of intermittent wails over the labyrinthine tax structure of India;

…no one among the re-armed conscience keepers of the wretched Republic bothers to acknowledge that power and corruption, two naturally interchangeable items in Delhi for so long, no longer go together in the Government, a definitive cultural shift which alone should make this regime the most answerable—and responsible—one in India so far;

…‘polarisation’ has become a word, to borrow from the nationalist-populist’s vocabulary, weaponised by the madmen of the cultural right and abused by the lofty men who badly need, in their scheme of identity politics, a ghetto of communal victimhood to play out their secular ideal, which, in practice, is as preposterous as the old socialist ideal that created a poster- worthy golem in the name of the New Man, even though the New Secular Man is a project destined to fail in the face of the slogan-free secularism of me and you;

…one man is not living up to the ideals and aspirations of the disillusioned class, erstwhile cheerleaders and attention seekers who wanted him to be a Reagan, a Lady Thatcher, an Abe, or at least a Manmohan Singh, but never a socialist with capitalist pretensions, even while he remained true to himself by refusing to play the script of others, showing no eagerness to please the pundits;

…the Prime Minister, without saying so in too many words, without playing the glad-hander, without resorting to the ideological mushiness of compassionate conservatism, has maintained India, whether it’s the sixth or 16th biggest economy in the world, is a poor country where the state cannot retreat from welfare, though it cannot claim a good track record either;

…what matters is not the pantomime of the alternative, performed by a disparate cast of provincial potentates, redundant patriarchs, fratricidal princelings, and, of course, the last custodian of family values, whose political worth is at a historical low, but the undiminished popularity of one man whose India is a place where the poor and the young have not yet abandoned hope;

…India, in spite of all this, remains a land without justice for many, women and children mostly, and it’s the violence of the countryside, romanced by poets and politicians, abetted by the insensitivity, indifference and hate that drive politics in the hinterland, irrespective of the flags they carry, that makes it so cruel;

…the politics of hate continues to invent an enemy, for, without one, the entire enterprise of ideologies, from the left or right, can’t exist, and whether we call it the Revenge of the Nativist or Rage of the Loony Nationalist or Order of the Outsider or whatever, ‘Who Are We?’ resonates in politics across the world;

…you can reread Steven Pinker or Yuval Noah Harari and be reassured by the progressiveness of the day and the data-driven arcadia of tomorrow, or pick up any number of screeds that tell us about the redundancy of democracy, the inevitability of the strongman, and—this is closer to the truth—the liberal crack-up;

…the struggle for lost dignities and good taste in political life should be more important than the louder, nastier struggle for rights because freedom should not be an idea professed by those who live in lies—to dissent is to live in truth, as one of its great heroes wrote.