Divine Comedy by the Hoogly

In The Cauliflower, a novel about Sri Ramakrishna Paramahamsa by Nicola Barker, the most daring... 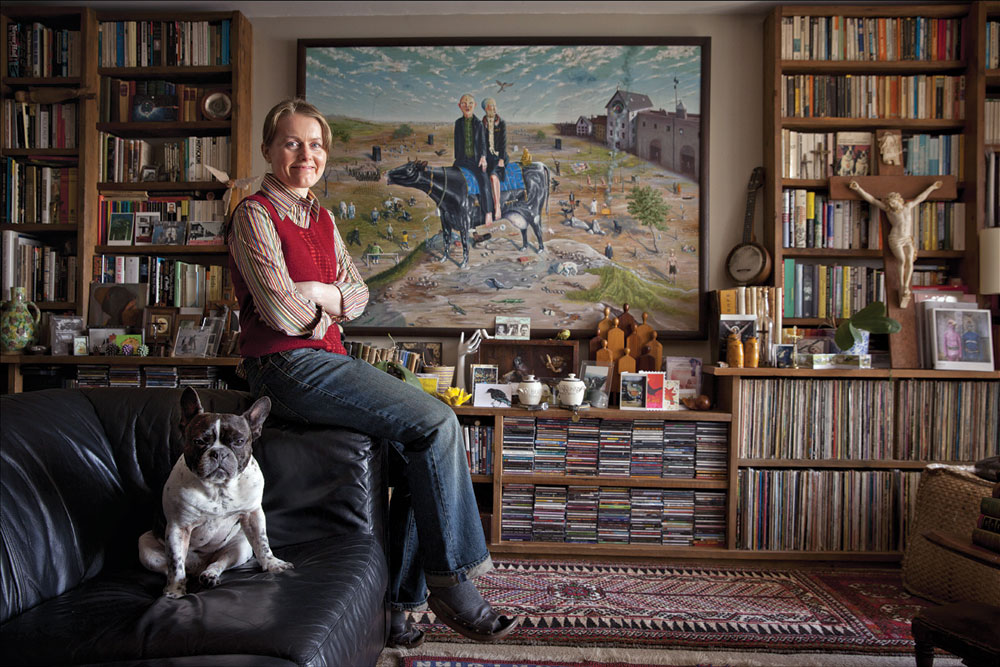 WHEN FICTION enters the autonomous space of faith, it humanises the sacred, and the profanities of inquiry become as engrossing as the possibilities of belief. Jesus’ dream on the cross in Nikos Kazantzakis’ The Last Temptation is perhaps the most intimate portrait of the crisis of being the chosen—and more daring than the Gospels, of course. Kazantzakis was no god slayer; his imagination only liberated a Jesus trapped in the certainties of scriptures. The freedom of fiction gets a further uplift in José Saramago’s The Gospel According to Jesus Christ, where even the immaculate conception is denied divine sanction, and where the Son of God is a man torn apart, and the cross does not bring an end to his disillusionment. It is faith that shelters some of the most conflicted souls, and it dreads sunlight falling on them. Imagination does not— and cannot—alter the scripture, but shatters its autonomy, and the consequences are not always good for the writer. One novelist who knows how bad this could be is Salman Rushdie, in spite of the truth that The Satanic Verses is a masterwork that explores faith (or the loss of it), death and transmigrations with the kind of magical panache that unnerves those who have built their careers on the simulated solemnity of religion. Still, faith is a storybook, and the stories are more rewarding when they are retold by a writer as good as a Saramago or a Rushdie.

Or a Nicola Barker. The Cauliflower ® (William Heinemann, £16.99, 328 pages) employs all postmodern structural devices—multiple voices, kaleidoscopic scene shifting, haiku and authorial asides, and theatrical as well as cinematic props—to tell a life story in all its mystical, magical human extremes, and the voice, which varies from page to page, is a mixture of irreverence and fascination, awe and appreciation, scepticism and wonderment, and it is so energetic that the pages— over-italicised, over-punctuated, and even blank—fly. Maybe it is as much a whirl as the life portrayed. In the beginning itself, Barker says: ‘This is the story of an unlettered sage who spoke only in a rudimentary and colloquial Bengali—described by some commentators as a kind of abstruse haiku. A curiously effete village boy who stammered. Who didn’t understand a word of English. Who went to school but wouldn’t—yes wouldn’t–read. At a time when the world was ripe with a glossy new secularism— bursting at the seams with revolutionary ideas about science and knowledge and art and progress—this singular individual would tie his wearing-cloth around his hips with an expanse of fabric hanging down at the back to simulate a tail (and him a respectable Brahmin—a temple priest), then leap—with beguiling agility—from tree branch to tree branch, pretending to be an ape. No, worse. Worse even than that. Believing himself to be an ape.’

This is a novel so frantic in its cleverness, so breathless as it races to keep pace with Sri Ramakrishna, the mystic of 19th century Bengal, a guru who would not like to be called a guru, a priest at the Dakshineswar Kali temple in Calcutta who, possessed by the Mother Divine, is in permanent ecstasy, the ultimate ascetic. Or, is he that easily definable, this ever transforming avatar who will not abandon the play—lila—for a second on the pages of Barker? The journey of Shabhu Chandra who is Gadadhar Chatterjee from the village of Kamarpukur to the Goddess’ sanctorum is marked by the demands of the divine and the madness of being the chosen, by suffering and submission, by renunciation and denial, and, when Barker is at her best, by the freedom of being the lone occupant of that space between faith and reason.

The divine Ramakrishna—the glowing, giggling, dancing, oracle of Mother Kali—is brought to life in the awe-struck narrative of his nephew and personal assistant Hriday. He is Uncle’s protector and servant, and he is convinced that such devotion and proximity have made himself an extension of the divine. He is the one who watches the ecstasy and agony of Ramakrishna’s spiritual awakenings. Before his disbelieving eyes, Uncle realises the redundancy of the sacred thread, discards the last vestiges of caste, metamorphoses into an ape, takes the feminine form, plays like a child, passes out at the most unexpected moments, and becomes a luminous apparition… When Uncle’s lila—in retrospect, the first dramatic expression of the Bengal renaissance—comes to an end, he says, “I am a rent cloth. I am a spoiled meal. I am a shallow breath. I am a broken drum that can no longer be beaten.” As his storytelling progresses, one of fiction’s most complex brotherhoods falls apart, mainly because of the storyteller’s own divine pursuit. Ejected from Uncle’s magnetic field, Hriday becomes a village hawker, ‘an abandoned dog’ whose ‘soul is aching’ and ‘heart is hollow’.

The legend of Ramakrishna is built on the many lives that seek meaning in his presence, and among them is his original benefactor and the builder of the Kali temple, Rani Rashmoni, a rich widow whose resourcefulness is bigger than her wealth, and whose influence extends beyond her lifetime: ‘One thing worth considering is how the Rani, Sri Ramakrishna, the Brahmo Samaj and the Bengal renaissance all have in common a sense of moving forward while still looking keenly back. A kind of easy modernity which passionately celebrates its conservative—even (wince) ‘primitive’—past. It’s intrinsically Kali-esque in nature. It somehow magically transcends the pair of opposites. It is at once of now and of then. A synthesis. A counter/pro-imperialist, counter/pro-capitalist farina pudding of yes and no. A milky (distinctly non-transparent) anti/pro-nationalistic faith-fuelled blancmange.’ Other satellite lives include the brahmini who ‘treats him like a mother would and lets him sit on her lap’, the Rani’s son-in-law who becomes the inheritor of her wealth and the protector-devotee of the master, the guru’s wife and mother, and his band of disciples including the would-be Vivekananda. And hovering over the pain, the pleasures and the poignancies on the Ganga is Ma Kali, the propeller of The Cauliflower ®: ‘She is an all-singing, dervish dancing, ecstatically stomping, bloody-sword-wielding Beyonce Knowles. She sings to her own crazy tune. She is utterly unfettered. She is fearless. She is free.’

Barker’s Ramakrishna is that freedom reincarnate. This freedom is as formless and energetic as the narrative ambition of The Cauliflower ®. It is the vegetable that the flatulent guru wants to possess but is not allowed to eat. And The Cauliflower ® is the camera that is attached to the bird that surveys the scenes of divinity for us. ‘Ah. Such extraordinary detachment! Such exquisite fatalism! This is the lila of the Divine Mother. He thinks that this (the circa 1855 swift’s violent death—and who knows? Us? The camera?) is her play. This is her divine sport. We are her play.’ At play is a novelist whose irreverence is powered by appreciation and fascination. The labyrinth of faith that is Ma Kali’s Calcutta (‘In the beginning was the word. And the word was Calcutta’) requires a novelist like Nicola Barker, who has never visited the city. In The Cauliflower ®, the most daring piece of storytelling to appear in English this year, faith is fact, imagination is knowledge.