Dissent in the Desert 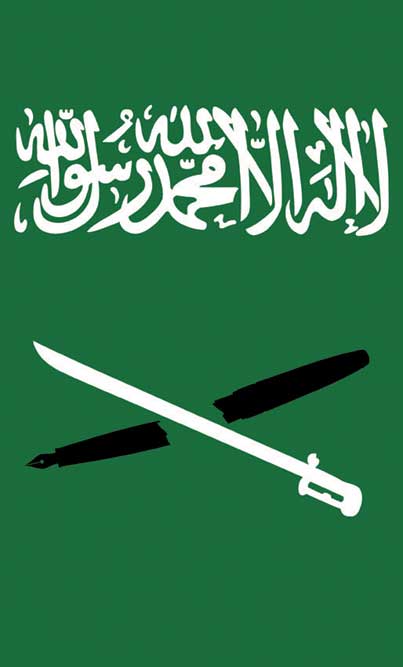 When I speak of fear, intimidation, arrests and public shaming of
intellectuals and religious leaders who dare to speak their minds, and
then I tell you that I’m from Saudi Arabia, are you surprised?

As of now, I would say Mohammed bin Salman is acting like Putin.
He is imposing very selective justice. The crackdown on even the most
constructive criticism—the demand for complete loyalty with a
significant “or else”—remains a serious challenge to the crown
prince’s desire to be seen as a modern, enlightened leader.

I agree with MBS (Crown Prince Mohammed bin Salman) that the
nation should return to its pre-1979 climate, when the government
restricted hard-line Wahhabi traditions. Women today should have
the same rights as men. And all citizens should have the right to speak
their minds without fear of imprisonment. But replacing old tactics of
intolerance with new ways of repression is not the answer.

THESE ARE EXCERPTS from Jamal Khashoggi’s columns in The Washington Post. Earlier this month, he entered the Saudi Arabian consulate in Istanbul and didn’t come out. The world has now come to believe that he was tortured, killed, and transported to Saudi Arabia in pieces. There is no proof. There is no official word. It all reads like a bad crime thriller. In his disappearance, Khashoggi has become the new word for resistance in the Arab world. As an influential columnist and public speaker, he argued that the Crown Prince, the ‘reformer’ the desert kingdom was waiting for, could do more than letting women drive and people watch movies. Khashoggi was telling a world swayed by the ‘visionary’ prince that the House of Saud is not what it pretends to be—steadily shedding layers of Wahhabi terror and corruption. He was writing to the fans of the prince that the kingdom’s modernisation project—ambitiously titled ‘Vision 2030’— is a perfumed lie.

Conscience is still a veiled item in the desert. Khashoggi, a Saudi intellectual and former palace insider, chose to live in what he believed was truth, dangerously. Khashoggi was to the Prince what Kanan Makiya, the author of Republic of Fear, was to Saddam. Makiya didn’t vanish.

In the mythology of resistance, the ideal dissident is one who seeks an alternative of the truth. Was Khashoggi, whose name is certain to ring across the desert as a fairy prophet for all those who couldn’t play out their conscience, an ideal dissident? In a revealing article in The Spectator, John R Bradley, a former colleague of the vanished columnist and the author of Saudi Arabia Exposed: Inside a Kingdom in Crisis, writes that Khashoggi ‘never had much time for western-style pluralistic democracy’. As a member of the Muslim Brotherhood, ‘he was a political Islamist until the end’. He ‘never hid that he was in favour of a Muslim Brotherhood arc throughout the Middle East…For Khashoggi, secularism was the enemy’. His friend in Istanbul, the man he told his fiancé to contact in case she felt something suspicious, was an adviser to the Turkish President Erdog.an, who, as Bradley writes, ‘is fast becoming known as the most vicious persecutor of journalists on earth. Khashoggi never meaningfully criticised Erdog.an. So we ought not to see this as the assassination of a liberal reformer’. In Bradley’s words, as the ‘de facto leader of the Saudi branch’ of the Muslim Brotherhood, Khashoggi was ‘the biggest threat to bin Salman’s rule outside of the royal family’. And he reportedly humiliated the prince recently by spurning a peace gift—a ‘fatal snub’, as Bradley says.

This is a portrait of a conflicted rebel. Khashoggi was perhaps the most articulate face of the bad days after the Arab Spring. Tahrir Square in downtown Cairo, in the topography of freedom, didn’t turn out to be Wenceslas Square in Prague, in spite of the exit of Hosni Mubarak. Maybe the former didn’t have a Havel, or a theatre called Magic Lantern. It didn’t have a cohesive leadership, or a roadmap for freedom. The post-Spring election legitimised the Muslim Brotherhood, the Islamist alternative to military secularism, though with its own history of suffering. Today the Brotherhood represents the only organised dissent in Egypt under the ‘elected’ dictatorship of Abdel Fattah el-Sisi. Islamism as an alternative takes us back—or towards?—another variation of the controlled society, where the constitution has to be subordinated to the Book. Khashoggi, as convincingly portrayed in the Spectator article, was a brave warrior pitted against a kingdom, merciless and oil rich, most indulged by the West. The reformer prince may have contained the clergy, but he has not abandoned the vengeful tribalism of the desert. Khashoggi, wrongly eulogised as a liberal and a secularist, was the dissident as evangelist, rewriting the legend of the House of Saud in a language that consistently called the Prince’s bluff.

The irony of Khashoggi’s dissent doesn’t minimise the tribal brutalism of the desert, no matter an equally vengeful god may have stayed hidden between the martyr’s lines.