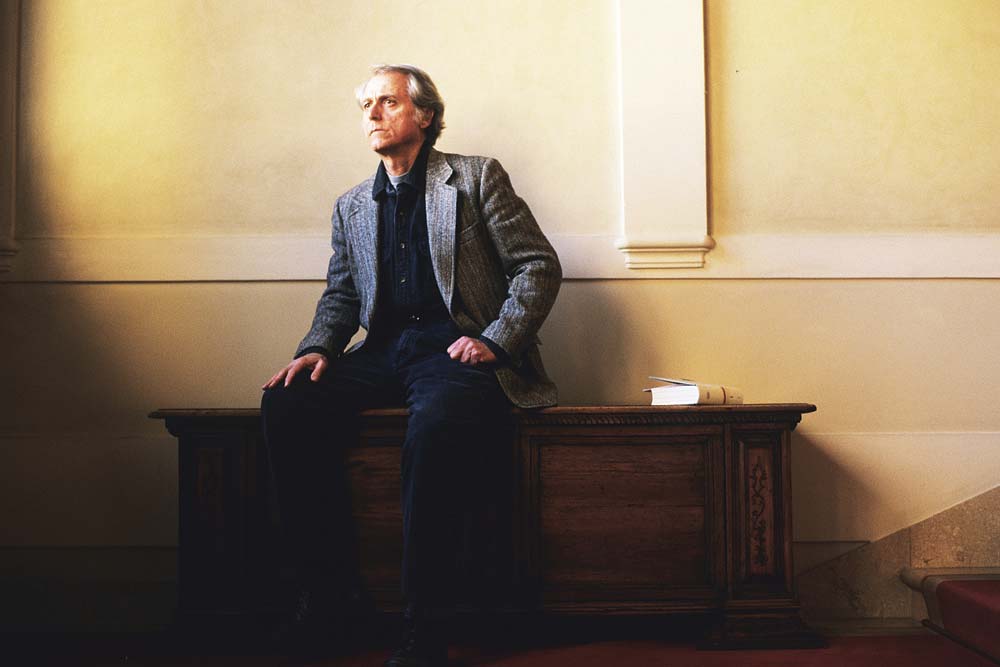 THE CULT OF Don DeLillo is built on ideas wrapped in the most stylised sentences of American fiction. Take these stray epigrammatic insights by the Stenmarks, two philosopher-promoters of the death-defying scientific establishment somewhere in the desolate remoteness of the planet, tremor-proof, the only disturbance that shatters the silence being the resonance of words mined from the deepest recesses of a mind that is in constant combat with the idolised as well the idealised order of the present. ‘In time a religion of death will emerge in response to our prolonged lives… In one form or another, people return to their death haunted roots in order to reaffirm the pattern of extinction… Ready to die does not mean willing to disappear. Body and mind may tell us that it is time to leave the world behind. But we will clutch and grasp and scratch nevertheless.’ These excerpts from a sales pitch at a facility known as the Convergence, where death is the beginning of a life that has been cryogenically altered, are the sermons of the future. They are not about postponing death but about the beauty of a life we enter through a death choreographed by technology.

We may be tempted to ask: Is it death that concentrates the minds of the ageing icons of American fiction? If we have been reading Philip Roth and Paul Auster lately, and now DeLillo, it is natural to think so. In Zero K (Scribner, 274 pages, $27), it is not the inevitability of death that drives man— only the most audacious and resourceful variety— towards the scientific certainties of immortality. It is the possibilities of lives most privileged and ambitious that make the journey to the future, as serene as a metallic garden, flawless and painless. The Convergence, the cryogenic centre of afterlife, is a commune of scientifically simulated bliss, or a cult of life, or the post-apocalyptic faith in regeneration on an industrial scale; what is certain is that it is very DeLillo, for whom the fears and fantasies of being alive in this world, which is not necessarily a microcosm of America, are a meta-narrative on the art of imagination itself.

The narrator here is Jeffrey Lockhart, whose self-conscious blandness as a person is in stark contrast to his reporting skills verging on philosophical excess. He arrives at the Convergence at the invitation of his father Ross Lockhart, a billionaire promoter of the facility, to see the passage of his dying stepmother, Artis, an archaeologist, to the next stage. The first part of the novel is Jeffrey’s portrait of the ‘endeavour’, his encounters, and most tellingly, the emotional covenant between Ross and Artis and the laboured bonding between father and estranged son.

In its structural austerity and mystery—bare walls, long hallways, unmarked doors, mannequins of various shapes, an artificially created English garden—this place could be Kafka’s castle reimagined as science fiction. When the doors begin to open, when sermons become audible, and when science itself reveals its secrets, its sinister beauty becomes an intellectual puzzle, a philosophical meditation, and an intimate absurdity. Jeffrey sees human bodies in different stages of cryogenic suspension, some of them headless and embalmed, in various positions in their respective pods or cabinets in what could be fiction’s most stylistically constructed crypt, a labyrinth of ‘sunken’ reality.

Proselytizers are at play here, and all appropriately named by Jeffrey. Ross, benefactor and eventual beneficiary, is the first to tell his son: “Faith-based technology. That’s what it is. Another god. Not so different, it turns out, from some of the earlier ones. Except that it’s real, it’s true, it delivers… Think about this, what is here and who is here. Think about the end of all the petty misery you have been boarding for years. Think beyond the personal experience. Leave it back there. What’s happening in this community is not just a creation of medical science…” The ancient Ben Ezra, sitting on a bench in a garden where the only natural phenomenon is the breeze, tells him: “You sit alone in a quiet room at home and you listen carefully. What is it you hear? Not traffic in the street, not voices or rain or someone’s radio. You hear something but what? It’s not room tone or ambient sound. It’s something that may change as your listening deepens, second after second, and the sound is growing louder now—not louder but somehow wider, sustaining itself, encircling itself. What’s it? The mind, the life itself, your life? Or is it the world, not the material mass, land and sea, but what inhabits the world, the flood of human existence? The world hum. Do you hear it, yourself, ever?”

It is in this world of heightened awareness, this extended pause between life and death, that Jeffrey floats, a monitored guest, seeing and listening, the horrors of the far beyond unfolding before his eyes on low hanging electronic screens. What humanises this staged drama of human decay and degeneration is the story of Ross, a godhead in global finance, Jeffrey, whose mother’s name his father refuses to remember, and Artis, whose life in her own words is captured by the image of a drop of water skating down a wet curtain in the shower. Jeffrey still remembers the day when he saw his absentee father on the cover of Newsweek, and the news of his mother Madeline’s stroke when he called home to tell her what he saw. It is a kind of reunion at the Convergence, and time for reconciliation, moving past the emotional leftovers of this life. Love story becomes necro-romance when Ross decides to join Artis in cryo-nirvana, and it turns into a loving joke when Jeffrey gets an invitation from Artis: “Come with us.”

Set against this dystopian isolation is New York, where Jeffrey is at home, not as his father’s heir but as an existential drifter and tentative lover. A taxi ride in Manhattan with his lover Emma and her adopted son Stak becomes a set piece of surrealism in which everyone is revealed to their fundamental essentials. Stak learns exotic languages and invents stories that capture the zeitgeist, and Jeffrey muses, “Traffic jams are a philosophical statement. I want to take your hand and wedge it in my crotch. That’s a philosophical statement.” New York is here and now, where definitions are easier and simulations are natural, and where even the sheer ordinariness of Jeffrey, even the title of his new job, assumes a mystic dimension. The spell is broken when he makes a second trip to the Convergence, where an area called Zero K becomes for the father a freezing moment of premature leave taking. It is a very special zone where fiction crafted out of humanity’s last longings attains a searing purity. It is the willing submission of the living, DeLillo tells us, that makes the world more bizarre. And you will not miss the faint echoes of wars, of gods and men, even when you are trapped in the convergence of the instant and the next.

A DeLillo novel, be it masterworks such as White Noise and Underworld or a miniature delight such as Cosmopolis, is a perfect blend of form and mind, the wonderment of which is as astonishing as the ‘intimate touch of earth and sun’ we experience in the last page of another great piece of imagination.