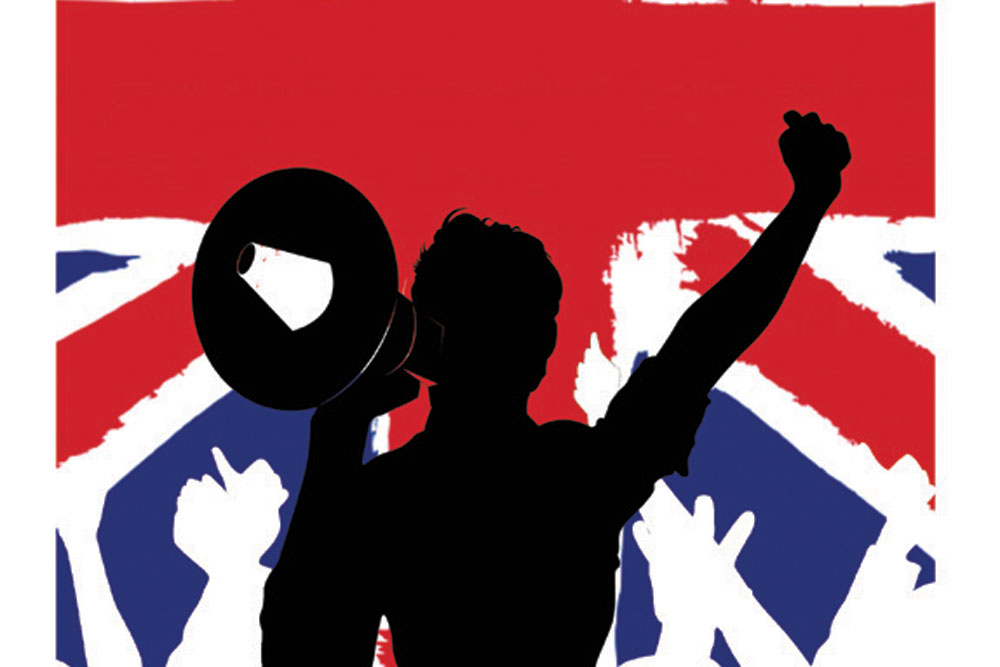 FOR A REAL crisis—or shall we say contradiction?—of democracy, Britain today provides the perfect stage. Everything is at odds with the other: people versus the parliament; party versus the prime minister; freedom versus pragmatism; sovereignty versus subjugation…. One day, the majority of members across parties reject the prime minister’s Brexit deal. A couple of days later, the prime minister survives a no-confidence motion. She is likely to lose the next one. And the popular choice in the referendum of 2016—Britain’s exit from the European Union, or Brexit—remains orphaned by a leadership with little conviction. When democracy is at play in one of its stable terrains, it reveals a staggering insensitivity of power towards the national will.

Back to the summer of 2016, when Britain decided that its adjective ‘Great’ could be meaningful only if it declared freedom from the bureaucratic hegemony of the European Union. The Leavers included blue-blooded Conservatives and a resentful working class that wanted to take back control from Brussels, the headquarters of a redundant federation that held arbitrary powers over 28 elected governments. The Remainers said Brexit meant only one certainty: the isolation of Little England.

The referendum brought out many themes that would be played out later in starker colours elsewhere in the West. The English writer David Goodhart saw in the vote the future tension of politics: a clash between Somewhere and Anywhere. The somewhere people are nativists with an overwhelming sense of national identity, and they like to wake up every morning to familiar sounds and sights. They are the resenting class that powers populism. The other category is made of the cosmopolitans of a globalised world. They are at home anywhere, and they don’t mind having some illegal immigrants on the street. And then across the Atlantic, Trump followed. The liberal crack-up widened across the world.

Almost three years after the Brexit vote, Britain still doesn’t have a parliamentary consensus on its terms of separation. It is not even certain now whether Britain could honour the Brexit deadline of March 29th. Its parliamentary civil war over something the people had already decided has the makings of a farce. It also raises a few unpleasant questions about institutional sovereignty and the people who have been elected to protect it.

Can Parliament Subvert the Popular Choice?

As the columnist Dominic Lawson argues in The Sunday Times, Brexit, from the referendum bill to the invocation of Article 50 of the Lisbon treaty that set the exit deadline, had parliamentary sanction. As he writes, ‘The effort of many in parliament now to revoke the article 50 is nothing less than the use (or abuse) of parliamentary sovereignty as a weapon against the people who elected it: MPs are to ‘take back control’ from those who give parliament its sole claim to legitimacy, or indeed, moral authority.’ A parliament going against a constitutionally legitimate popular vote is a democratic farce, and its variations, even though not on an epic scale as we are witnessing in Britain, are being played out in other democracies too. The moral: institutional supremacy is not maintained by repudiating the original instincts of democracy.

Theresa May, once a Remainer, has negotiated an honourable Brexit—and failed. After the fall of David Cameron, the father of Brexit and Britain’s most popular Conservative prime minister of the post-Thatcher era, May became the leader after an inner-party coup on coronation eve. The post-referendum general election didn’t strengthen her. It weakened her, isolated her. A leader abandoned by her own party is not the ideal choreographer of change. She only mastered the art of begging the bureaucrats of Brussels for some face-saving concessions. Her bargain could only achieve a bad half-way Brexit plan—or conditional sovereignty.

As Brexit dies a slow death in parliament, May becomes the totemic non-leader of Europe. Britain after the referendum wanted a leader worthy of the mandate. It didn’t get one. The vote was an expression of national esteem—and its keeper had to be someone other than a populist demagogue. May was not the one. She turned out to be a bad accident. The fate of Brexit shows why the idea of a strong leader has to be redeemed from the familiar text of autocracy—the Putins and the Erdog˘ans. It shows why the counter-liberal argument about Who Are We? needs a new set of apostles other than the Viktor Orbáns and Matteo Salvinis.

The conversation in politics, between the putative liberator and the people, has become intimate. No one is selling utopia. Hell-is-here is more saleable, and more visible. Brexit and other expressions of freedom need interlocutors who are not as alarmist as your average populist or as anodyne as Theresa May. There is no crisis in democracy. Only bad conversations.