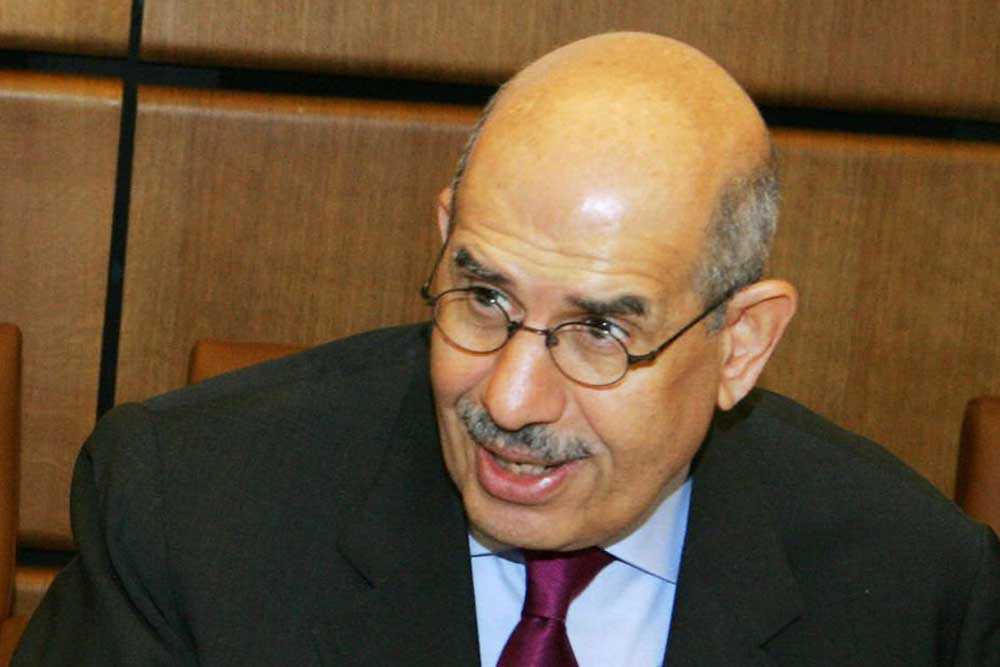 
Mohamed ElBaradei, a former director general of the International Atomic Energy Agency and a Nobel laureate for Peace, who describes himself as “a friend of India who holds it in high esteem and who is keen to see India adhere to its admirable long held principles even if it is necessary to calibrate its policies with changing circumstances,” wrote to me recently that “India’s votes recently have not been great on matters of principle.” He said it in the context of the UN seeking an opinion of the International Court of Justice on the Israeli occupation of Palestinian lands for five decades. He also had made a reference to the upholding of international law in Ukraine.

Such sentiments have been on many lips since 2014 either to denigrate the foreign policy of the Modi government or out of nostalgia for the Nehruvian view of the world, which determined India’s foreign policy even during the Vajpayee government. Initially, the concern was about India getting too close to the United States, when India became a close defence partner of the US by signing some fundamental defence agreements, which the previous governments had declined to do. Changes in policy towards Israel, which necessitated some changes in our position on Palestine, were also causes for concern among many supporters of the Palestinian cause.

Then the neighbourhood policy was in question when Prime Minister Narendra Modi went the extra mile to normalise relations with Pakistan and China in the initial phase. Many negative developments in relations with the neighbours resulted in India reverting to a harder line on the neighbours. Foreign policy became an election issue in 2019 and it was the surgical strikes and the resolute rejection of talks with Pakistan, as long as terrorism remained an instrument of policy, that the tide turned in favour of the government. The massive mandate he received for his second term was largely on account of his handling of India’s neighbours, particularly Pakistan.

For the second Modi government, challenges came “not in single spies, but in battalions” in international relations. The pandemic, the Chinese incursions in Ladakh, the advent of the Biden administration and the Russia-Ukraine war raised unprecedented issues in foreign policy. The international reaction to the removal of Article 370, the Citizenship Act, the farmers strike and actions by overzealous Hindus was hostile and Indian democracy itself was downgraded by the likes of Freedom House. The India bashers basked in the negative coverage of events in India in the western press.

The Russia-Ukraine war pushed us into a deeper dilemma, with our commitment to sovereignty of nations on the one hand and our legacy relationship with Russia on the other. India’s position of neutrality all the way puzzled people in India and abroad, particularly as our votes in the Security Council and the General Assembly were identical to the Chinese position. Even after the new security treaty between Russia and China on the eve of the Russian invasion of Ukraine, we remained steadfast in our neutrality, leading to concern in the world that India was abandoning its principles for the sake of the stakes we have in maintaining a mutually beneficial relations with Russia. The economic and defence ties with Russia were so vital that India closed its eyes to Russian transgression in Ukraine.

The way Modi’s trusted External Affairs Minister S Jaishankar circumnavigates the earth, fighting many fires, is testimony to the fact that India is facing criticism from friends and foes. Many are not convinced about our compulsions to follow our present policy on Ukraine. The prime minister himself travels much less than before as he knows that Jaishankar has the right mix of firmness and flexibility to tackle the hardest of the critics, and to be reasonable to well wishers. However, the tide has not turned in our favour as a vast majority of nations condemn President Putin and wonder why India is not on the side of democracies against a dictator.

We can certainly deal with our detractors by defending our national interests, but there is a vast multitude of people like ElBaradei, who wish us well and genuinely expect that there is not enough justification for India to do business as usual with Russia when the global system itself is being challenged by it. Russia cannot expect to derive the benefits of the fixed deposits of the Soviet Union made in India till eternity. The US has made it clear that it has no objection to nations buying oil from Russia at cheap prices. What our friends object to is that India is not taking into account the massive killings and destruction of a nation, which was once a part of the same union as Russia.

Our prime minister’s outright declaration that this is not an era for war and that what we need is diplomacy and democracy was welcomed worldwide, but Putin’s fulsome praise for India and the presence of a huge delegation of senior officials with Jaishankar when he visited Russia recently have shocked many. It appeared that it was business as usual for India even when the war was raging. It was ominous that Russia had to withdraw from Kherson within days after the Russia-India conclave. The threat of use of tactical weapons in the war by Russia was an added element in the criticism against India.

Suggestions have been made that this is the time for India to offer mediation in the war. Nothing will be more unwise than that as we have no credibility with the US and NATO. Any move will be misconstrued as an effort to rescue Putin from disgrace. Further, Biden has become stronger after the midterm polls and we may have to deal with him for some more years.

In my response to ElBaradei, I said: “India’s votes appear different from before, but a little dose of pragmatism is necessary in these changing times.” But like many other friends of ours, he is not convinced that we should be pragmatic to the extent of moving away from our principles. By reiterating his call for a ceasefire, followed by negotiations, Modi has maintained in Bali his position of exploring the possibilities for peace rather than take sides. But many friends of India still feel that India should condemn the aggressor on the basis of the principles we uphold rather than adopt a pragmatic policy of neutrality. With the likelihood of the world being divided into democracies and autocracies in the future, our future lies with the former. Our friends feel, therefore, that it is time for India to adjust its policy on Ukraine to make it principled on the values we hold, however pragmatic it may be to remain on the side of peace, democracy and negotiations, rather than on either side.