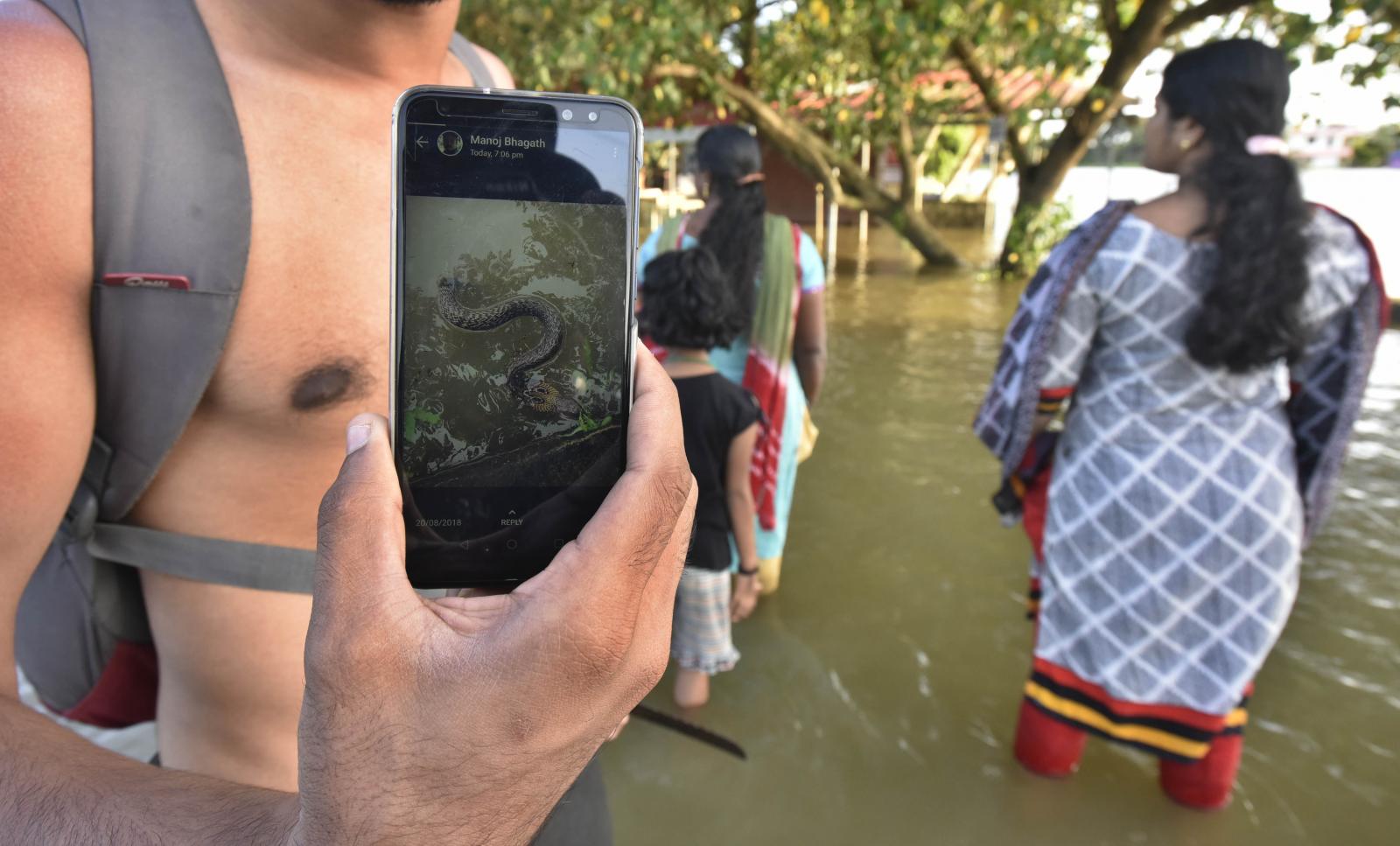 In the minds of many of the sons and daughters of Kerala, it is not myth but fact that Parashurama, possibly the most militant of Maha Vishnu’s ten incarnations, threw His axe from Gokarna, which was then the Southernmost tip of India. A sliver of earth arose from there to where the axe fell at Kanyakumari and the land daggered into the three seas. This was Kerala, until it’s Northern and Southern ends went for linguistic reasons soon after Independence to Karnataka and Tamil Nadu respectively.

Kerala is a marvellous landmass where both the ocean and hills are a scant four hour drive at its broadest, a land blessed (and on occasion harassed) by Nature. The earliest inhabitants were said to be the Sarpas or snakes. The snakes are closely associated with the Shaktheya, Vaishnava and Shaiva traditions, with Shiva claiming closeness to ninety-six snakes, both major and minor.

The legend is that these snakes opted to live under the ground, leaving the fertile land for human beings. The snakes were to be worshipped as indulgent ancestors who happily moved over for the sake of their progeny. There was to be a separate snake shrine for each family. The lamps in these snake shrines were lit not by priests, but by female members of the family. This led to the association of snakes with fertility and fecundity.

One of the most famous rituals for conceiving was the “Uruli Kamaththal” at Mannarshala, Haripad. This was a temple and a haven for snakes, nurtured by a Namboodiri lady, universally known as ” Amma” or mother. The barren couple would offer an “Uruli” or wide mouthed vessel to the temple. The Amma would go down into the Nilavara, or underground vault and put this Uruli upside down. The belief was that baby snakes would be trapped inside it. Desperate to get the babies out, the snake Goddesses would bless the couple with a child. It was part of the ritual that both parents and their child had to go to Mannarshala to ask Amma to turn the Uruli and let the baby snakes go free again. That the Amma unerringly brought up the very Uruli given by each couple is a miracle.

Snake worship has resulted in another major advantage to the state too. It was a sin to remove even a dry leaf from the Sarpa-kaavu as each of the habitats of snake shrines is called. Thanks to the strict taboo in removing even a dead bit of vegetation from the Sarpa-kaavu, this thicket more often than not grew densely. The fallen leaves and boughs went on to become mulch for the rest of the mini forest. This was preservation of the environment, pure and simple. Uncut, this domestic jungle grew to wide proportions.

Even outside the Sarpa-kaavu, a carpenter had to plant seven trees for each one he cut. Birthdays were celebrated by planting medicinal, fruit yielding and beautifully blooming trees. If only such a habit had spread. If only trees were transplanted or replaced whenever some “needed” to be cut.

Ancient Indic neuroscience has it that there are twenty-four radiations from the sun, both visible and invisible. Of these eighteen are beneficial to human beings, while the rest are not. The snakes within the Sarpa-kaavu are supposed to absorb these harmful radiations. Over a period of time and rebirths, these radiations calcify in the head of the snakes, graduating Sarpas into Naagaas. The calcified substance is called Naaga Mani.

In Pashupathinath temple in Kathmandu, the proper onset of winter is marked by the display of the Naaga Mani in their possession. The Naaga Mani is a coveted treasure, capable of great miracles. This Naaga Mani is found only on the forehead of evolved and venerable snakes called nags. There is a marked difference between nags and sarpas.

To help sell landed property, many traditional families have ritualistically changed the location of their sarpa-kaavus. This is possible only with the younger sarpas. The very meaning of the word ‘nag’, is that which lacks movement. To correctly change the location of a sarpa-kaavu involves elaborate pumas, almost equivalent to changing the position of a consecrated idol in a living temple. Failure to do that results in Sarpa Kopam or anger of the snake ancestors. The first and most common symptom of this is lack of progeny. One of the most common surnames in Kerala, “Nair” is supposed to be the local morphing of the word ‘Naagar‘.

Today, as the marauding floodwaters in Kerala recede, dwelling places seem to be filled with snakes. After a very long time, human beings find themselves sharing a common space with snakes. Speaking from the viewpoint of traditions that have almost been lost to memory, the snakes have come out of their waterlogged homes. Our long vanished “ancestors” seem to have reappeared on the surface of the earth to remind their children of the need to return to the ancient values of reforestation and respect for the environment. Values that do not deserve the neglect and slow extinction that the needs of “modern” life has caused.