The Beauty of Indic Thought 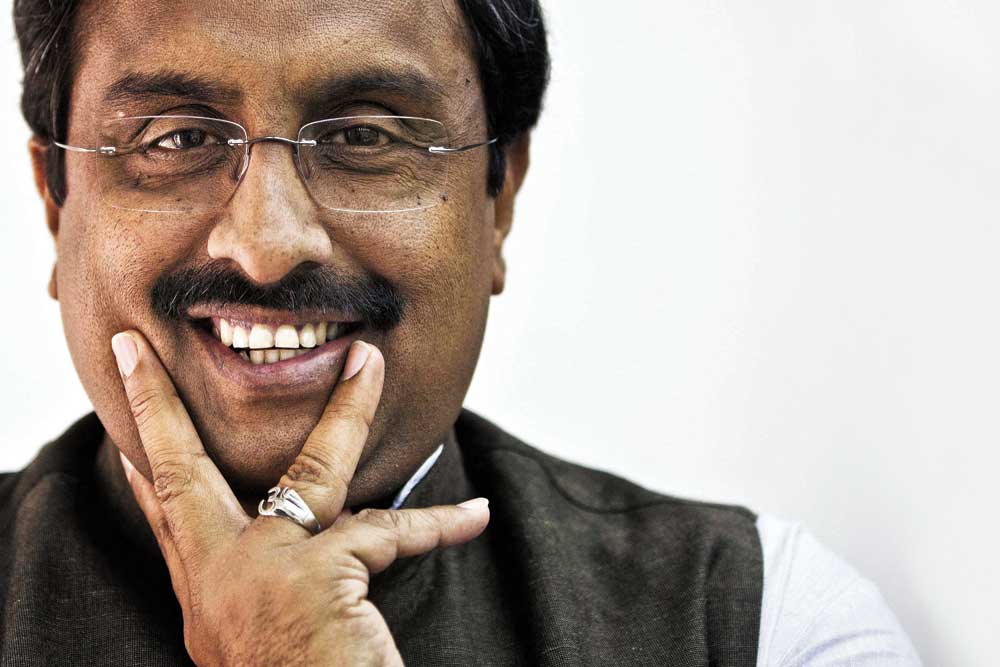 Indic thought is the most liberal that the world has ever produced. This is because it is the most democratically evolved of all. It is a product of the deep contemplation of great sages and saints, their great dialogues and discourses. A bhadra icchha, a benign wish had originated from that, and it was about abhyudaya, progress and prosperity.

That bhadra icchha led to the evolution of the core principles of Indic thought several millennia ago. It explored all dimensions of human existence, and concluded that life is a celebration. ‘Aananda’, eternal bliss, is the ultimate objective of this. Indic Thought teaches us to celebrate life.

A few years ago, I was at a conference in China. A Chinese scholar had made a startling comment that Indians can never compete with the Chinese. I asked him to explain. “You Indians are worshippers of poverty,” he insisted, saying that Indians worship loin cloth-clad saintly men as heroes, whereas the Chinese civilisation had always worshipped prosperity.

It prompted me to wonder whether they have misunderstood our worldview. We are one people who always strived for ‘aananda’, eternal bliss.

Alexander bumps into Diogenes, a half-naked man lying on the banks of a river on his way. He asks the man, “Who are you?” The man says he is Diogenes. And then he asks Alexander, “Who are you?” A little surprised and a lot annoyed, Alexander replies, “I am Alexander the Great.” Hearing it, Diogenes laughs out aloud. “I am seeing a man for the first time who calls himself ‘the Great’,” he says.

They engage in a discussion. At the end, impressed by Diogenes’ philosophy, Alexander promises to become his disciple. “Do it today, or it will be too late,” warns Diogenes. Alexander hesitates, “I have a mission to conquer the world. I shall come back after that,” he promises. “You can never,” says Diogenes. “Can I do something for you?” asks Alexander. “Yes! I am enjoying my beautiful sun bath. You are coming in the way. Please get off,” shouts Diogenes.

Alexander was looking for his happiness in wars, conquest and subjugation. Diogenes, a saintly man, finds it in his freedom to lie down by the side of the river in his sun bath. Freedom, absolute and unmitigated, is the Indic way.

“God is dead; Man is free,” exclaimed Nietzsche. But we said, “No. God is here, and hence man is free.” God is all around. He is in me. I am God, the unbound. Hence I am free. We are a society that cherishes freedom.

Our Dharma, a view and vision of life that has evolved out of this thought, is the Dharma of happiness and celebration. ‘Sarve api sukhinah santu’ is the daily morning prayer of us all. At one level, it is purely a material prayer. It says, ‘Let all be happy;let all be free from disease; let all enjoy goods in life; let all be free of sorrow’. It is about material happiness.

But the operational word in this prayer is ‘sarvepi’ or ‘all’. We pray that everybody should be happy. In order for all to be happy, all have to also sacrifice. ‘Tyaaga’, sacrifice, is thus made a virtue for the greater aananda of society.

Indic Thought is very profound, and yet very humble. It doesn’t ordain any final word and demand that followers believe it. We are not ‘believers’, we are ‘seekers’. Indic Thought is man’s journey, an unending exploration of the Absolute.

Since we are seekers, we have to be ever open to new ideas. We shouldn’t assume that all the Indic wisdom can be available in a single gathering. Humility, the quality of accepting our inadequacy to realise the Ultimate Truth, and a constant yearning for it, is best captured in the Indic concept of ‘Neti Neti’. Scholars have interpreted it in many ways: ‘Neither this nor that’ etcetera. But Chaturvedi Badrinath’s interpretation, ‘Not just this alone’, best captures the Indic spirit. In our seeking, we must not forget that what we explore is not the entire truth. We must respect the other; continue to seek.

The seeker has no boundaries. He can find virtue anywhere in the world. “Hold your own values with one hand, close to your heart. Stretch your other hand into the universe, and collect as much wisdom as you can,” exhorted Swami Vivekananda. Indic Thought doesn’t discard any idea based on its origin, East or West. It accepts all noble thoughts.

Any effort to restrict it in a framework will be the ‘Victorianisation’ of Indic Thought. It will be the death of it.

Indic Thought wants a human to evolve in inner spaces, not just in outer morals. Semitic faiths and Victorians have emphasised ‘character’. This English word has two equivalent Hindi words: ‘sheel’ and ‘charitra’. The latter is a discipline imposed from outside. Social norms, ethics, societal morals—all these form your ‘charitra’. But ‘sheel’ is the blossoming of the inner self; it is not bound by external restrictions; it is an innate virtue.

Go to an uneducated old woman of the poorest household in a remote village in our country. Listen to her morning prayer. She might not have enough food to eat for the day, or enough clothes to wear. But her prayer will be: ‘Ganga maiyya ki jai ho; gau mata ki jai ho’, ‘Glory to the Ganges and the revered cow’. And it will end with ‘Lok kalyaan ho’, ‘Let the whole world be happy.’ It was not taught to her; it is her ‘sheel’ speaking.

It is this virtue that might sometimes seem to go against societal mores, which is the real freedom that Indic Thought accords the individual. Because many a time, these norms that we construct—for ‘charitra’—might end up subjecting some sections of people to injustice. Victims of this are true minorities. A minority is not defined numerically; it refers to those whose voice has been taken away. Discrimination on the basis of sex, caste or race, even in the name of social character, is against Indic Thought.

Draupadi is the epitome of ‘sheel’. She is in a way the first feminist of the world. A woman with five husbands, but fiercely independent, as she is not to obey any of them, and only listen to her dear colleague Krishna. Draupadi was partly responsible for the epic Mahabharata War. Yudhisthira, being Dharmaraj, was willing to settle for five villages. But Krishna turns to Draupadi, and it was she who insists that she wouldn’t settle for anything less, quite rightfully, than the blood of Dusshasana. It was Draupadi’s ‘sheel’, not Yudhisthira’s ‘charitra’ of peace and no-war that finally led to the victory of Dharma. We didn’t call Draupadi an obdurate woman; instead, we call her Maha Sadhvi, an epitome of virtue.

Indic Thought is about promoting and respecting that ‘sheel’, irrespective of whether one is born as a man or a woman, or even a transgender.

Such a profound and evolved way of thought has still not taken its rightful place in the world. It is still regarded as regressive, obscurantist, etcetera. But as Gandhiji rightly used to say, “If there is something bad in your society, don’t blame Dharma; blame yourself, that you have failed to realise it fully.” We have to realise it. More importantly, we have to articulate it properly.

That is the challenge. I have another one to proffer: think of ways to make Indic Thought fashionable, something that a 21st century young man would like to wear on his sleeve.