And the resuscitation of Indian literature 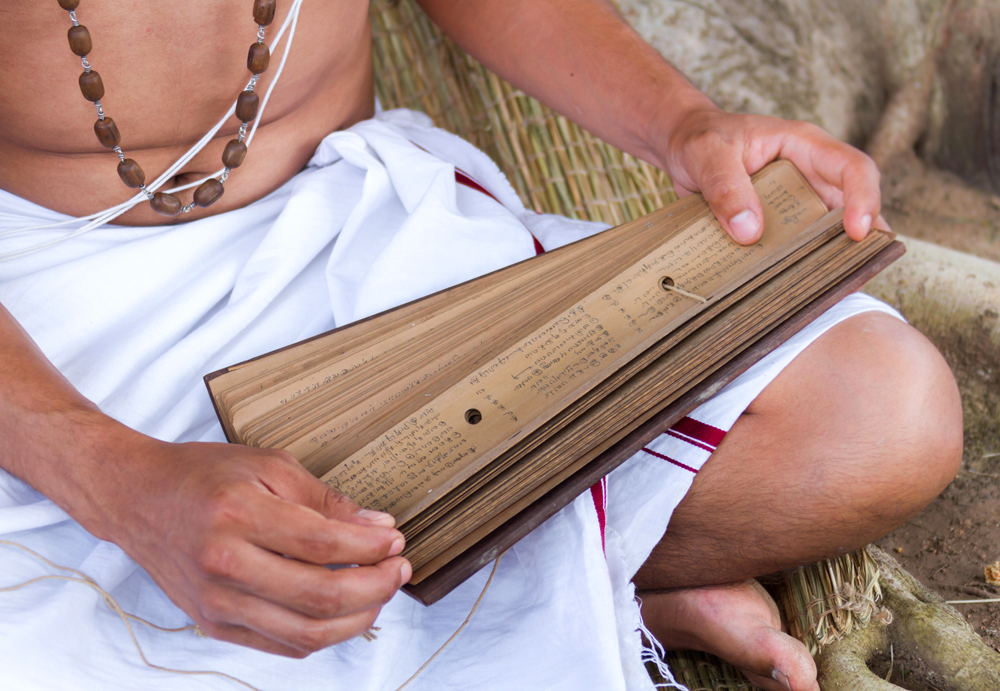 The Statesman newspaper was founded in 1875, and soon after, there was a debate that attracted the attention of many. This was triggered by the Reverend William Hastie (1842-1903), who led a colourful life—with libel charges and imprisonment. But that was later. At that time, Hastie was the principal of General Assembly’s Institution, which would become Scottish Church College later. The controversy in the editorial pages of The Statesman continued from 23rd September, 1882 to 14th November, 1882. The trigger was a shraddho (funeral) ceremony held at the Shobhabazar Rajbari (palace). On the occasion, the family idol, Gopinathji, was placed on a silver throne. On 20th September, 1882, The Statesman published a report on the funeral ceremony. This account infuriated William Hastie and he dashed off three letters to the newspaper, published on 23rd, 26th and 29thSeptember, 1882. Reverend Hastie was livid at this example of idolatry and implicitly suggested that the only hope for Hindus was to become Christians. The third letter eventually provoked Bankim Chandra Chatterjee, who responded with a letter to the editorial pages on 6th October, 1882.  However, since Bankim Chandra Chatterjee signed this letter as “Ramchandra”, it wasn’t initially known it was indeed him writing. Hastie responded and more letters followed. Chatterjee never quite got into a futile debate with Hastie.

In that exchange of letters, what is relevant is Bankim Chandra Chatterjee’s first letter, signed “Ramchandra” and titled The Modern St Paul. It should be quoted in its entirety. “Sir, Will you allow me to suggest to Mr Hastie, who is so ambitious of earning distinction as a sort of Indian St Paul, that it is fit that he should render himself better acquainted with the doctrines of the Hindoo religion before he seeks to demolish them? As matters stand with him, his arguments are simply contemptible; and I think the columns of The Statesman might have been more usefully occupied by advertisements about Doorga Puja holiday goods than by trash which renders the champion of Christianity contemptible in the eyes of idolaters. This may be harsh language, but the writer who mistakes Vedantism for Hinduism and goes to Mr Monier Williams for an exposition of that doctrine, hardly deserves better treatment. Mr Hastie’s attempt to storm the ‘inner citadel’ of the Hindoo religion forcibly reminds us of another equally heroic achievement—that of the redoubtable knight of La Mancha before the windmill. Let Mr Hastie take my advice, and obtain some knowledge of Sanskrit scriptures in the ORIGINAL. Let him study then critically all the systems of Hindoo philosophy—the Bhagabatgita, the Bhakti-Sutra of Sandilya, and such other works. Let him not study them under European Scholars, for they cannot teach what they cannot understand; the blind cannot lead the blind. Let him study them with a Hindoo, with one who believes in them. And then, if he should still entertain his present inclination to enter on an apostolic career, let him hold forth at his pleasure, and if we do not promise to be convinced by him, we promise not to laugh at him. At present, arguments would be thrown away on him. There can be no controversy on a subject when one of them controversialists is in utter ignorance of the subject matter of the controversy; and if under such circumstances the ‘Olympians only yawn’ and do not assert, Mr Hastie has only to thank his own precipitate ignorance.”

This was 1882. Given what has been said about Manmatha Nath Dutt’s likely date of birth, he would have been just about twenty then and it is also fairly obvious which side of the debate he would have been on. The likes of Reverend Hastie weren’t likely to learn Sanskrit and read the texts in the original. Hence, Manmatha Nath Dutt set out to do this in English. Here is a quote from the Introduction to Gleanings-I, published in 1893, eleven years after the Hastie versus Bankim Chandra Chatterjee exchange occurred. “The Hindus and their Religion are the most misunderstood thing in the modern world. The civilized people of the Western World labour under the notion that the Hindus are a people a little better than the aborigines of Africa and their Religion is not better than the grossest form of idolatry…..We do not exaggerate; so long as we cannot remove the notion that is predominant all over the Western World, we know we shall find none to agree with us in saying what we have just now said. This work is an attempt in that direction. This is an attempt to popularise the Hindu Literature, Philosophy and Religion among the Western nations. We are treading the footsteps of the great Rishis. We are following the examples and adopting the means of those great men, who made India what it is.  We shall give their tales, their annals, legends and histories, their sweet verses and sweeter poems in popular and easy English, suiting modern tastes and Western methods. Hindu Literature, History, Philosophy and Religion are so extensive that it is not expected to be mastered in a day or explained in a book. This little work is the first step to give an idea of them—it will be followed by a series of works, in each and every one of which attempts will be made to popularise Hindu Literature, History, Philosophy and Religion.”

A collaboration between Heeralal Dhole and Manmatha Nath Dutt is the next piece in the jigsaw. Strangely, as is the case with Dutt, not much is known about Dhole either. Heeralal Dhole brought out the Dhole Vedanta Series.

Lala Sreeram translated Vicharsagar and this was published by Heeralal Dhole in 1885. This did not carry the Dhole Vedanta Series imprint. The Vichar Mala of Anatha Das, also translated by Lala Sreeram, was published in Dhole’s Vedanta Series. At the end of this book, there is a note, dated 1st January, 1886, by Heeralal Dhole. The subject of the note is Dhole’s Vedanta Series.  This tells us a bit about the Dhole brothers, Nandalal and Heeralal. This series published the Vedantasara of Paramhansa Sadananda Jogindra. Heeralal Dhole’s note quotes reviews of this volume. “The English rendering of it is from the erudite and scholarly pen of our friend Dr Nandalal Dhole, Late Surgeon to the Courts of Khetree and Marwar.” The note also announced the forthcoming translation of Vidyaranaswami’s Panchadasi.  The model followed was identical to the model followed in the Manmatha Nath Dutt translations—monthly instalments culminating in an eventual book.

Panchadasi was published in Dhole’s Vedanta series, but there was a difference. By the time it was published in two volumes in 1886, Nandalal Dhole was dead. The second edition, published in 1899, still bore the Dhole Vedanta series imprint. However, the publisher was Heeralal Dhole Musjid Bari Street and Society for the Resuscitation of Indian Literature, 65/2 Beadon Street.  The printer became HC Das of Elysium Press, 65/2 Beadon Street. The preface to the first edition was by Nandalal Dhole. In the second edition, there was a footnote by Heeralal Dhole and this said, “And so it did happen that with this short Biographical Sketch of the author (meaning Vidyaranya Swami), the English translator of the Panchadasi paid his tribute of Nature. He died in his 47th year on the 14th of March, 1887 at 5-30 am, deeply regretted by all who knew him.” After Nandalal Dhole died, Heeralal Dhole and Manmatha Nath Dutt became collaborators. Vedanta Press, at least the one that published Dhole’s Vedanta Series, probably wound up. In any event, it does not seem to have ever published anything else. How did Heeralal Dhole and Manmatha Nath Dutt come into contact with each other? We don’t know.

We thus have a Society and a press. The Manu Samhita translation describes Manmatha Nath Dutt as the Founder of the Society for the Resuscitation of Indian Literature. The objectives of this Society were the following and were stated in the Ayurveda monograph. “1. To undertake the publication of rare Sanskrit texts not published before. 2. To undertake the publication of cheap editions of texts already published. 3. To publish popular editions of works relating to the antiquity of Indian literature. 4. To publish such works of oriental scholars as have gone out of print. 5. To undertake translations of standard Sanskrit works into various living languages.” The address was 65/2 Beadon Street and the insert also stated, “Any donation or pecuniary help for the furtherance of the objects of the Society, will be thankfully received and acknowledged by the Secretary.” This Society published several authors, such as Horace Hayman Wilson on the Puranas, Sita Nath Datta (also known as Sitanath Tattvabhushan) on Adi Shankaracharya, translations of Kalidasa. After his death, Manmatha Nath Dutt suffered from the lack of copyright legislation at the time. While he was alive, he also benefited from the lack of copyright legislation.

Why give it the name Society for the Resuscitation of Indian Literature? This too is speculation, but I think it may be because of Dadabhai Naoroji’s The Benefits of British Rule. Originally, this was written in 1871. But notice that Dadabhai Naoroji’s collection of speeches, essays, addresses and writings was published in 1887, precisely when Manmatha Nath Dutt was naming his Society. I needn’t mention Dadabhai Naoroji’s complete documented balance sheet, the pluses and the minuses. Under the head in the cause of civilisation, he said, “Resuscitation of India’s own noble literature, modified and refined by the enlightenment of the West.” I think this is where Manmatha Nath Dutt got the name of his Society.