Time for a debate on simultaneous elections 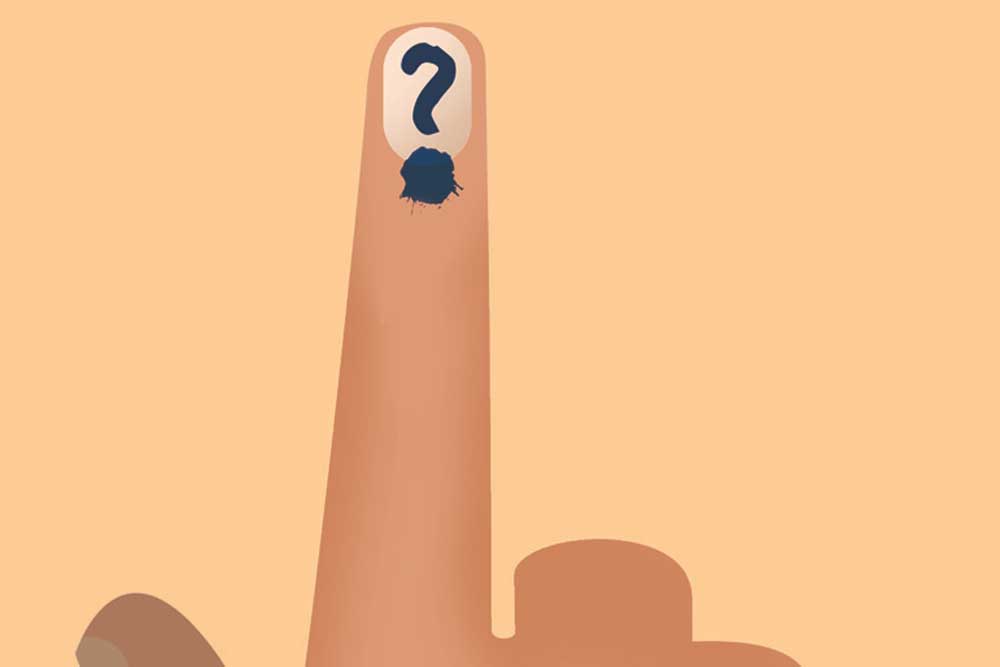 IN MY LAST column, I brought in the Parliament. Therefore it is high time I brought in an issue that people are debating. I mean the question of simultaneous elections. In 2016, the then President spoke about it and said, “With some election or the other throughout the year, normal activities of the Government come to a stand-still because of Code of Conduct. This is an idea the political leadership should think of. If political parties collectively think, we can change it…. The Election Commission can also put in their ideas and efforts on holding the polls together, and that will be highly beneficial.” The Prime Minister has repeatedly spoken about it, including at the June 17th Governing Council Meeting of the Niti Aayog. There was a discussion on Mygov.in, when the Government invited suggestions. With a colleague (Kishore Desai), I wrote a paper (November 2016) on this and the idea was picked up in the three-year action agenda produced by Niti Aayog in August 2017. Paragraph 2.16 of this document stated, ‘All elections in India should happen in a free, fair and synchronized manner so as to cause minimum ‘campaign mode’ disruption to governance.’ I have no intention of repeating everything Kishore and I said in the paper. You will find it on Niti Aayog’s website and it has also been reprinted in a book published by Academic Foundation. Finally, the Government has again asked the Law Commission to examine the proposal’s feasibility.

There is a reason why I used the word ‘again’ while referring to the Law Commission. This is not the first time the Commission is examining the issue. In 1999, there was the 170th Report of the Law Commission. In fairness, that was on reforming electoral laws and not specifically about simultaneous elections. That’s as it should be. There are several problems with our electoral system. It isn’t working particularly well and while we are justifiably proud of our democracy, we need to address blemishes. Simultaneous elections need to be considered against the backdrop of broader electoral reforms. For instance, the 255th Report of the Law Commission in 2015 was on electoral reforms and focused on criminalisation of politics and candidates submitting false affidavits. But in passing, the 255th Report endorsed the Election Commission’s suggestion about common electoral rolls for Parliament, Assembly and local-body elections. Similarly, in passing, the 170th Report also endorsed the idea of simultaneous elections.

For anyone interested in the issue, I will also recommend the 79th Report (2015) of the Rajya Sabha’s Department- Related Parliamentary Standing Committee on Personnel, Public Grievances, Law and Justice. This is on the feasibility of holding simultaneous elections to the Lok Sabha and state assemblies. When the Constitution was drafted, no one had in mind local-body elections. True, bringing these elections into the fold will mean changing state laws and would involve state Election Commissions. There are legal impediments. However, if our focus is on transformational ideas and if we have efficiency in mind, we should synchronise all, not just the Lok Sabha and state assemblies. That’s why the Election Commission mentioned common electoral rolls for all three tiers. That’s the reason the Niti Aayog quote says ‘all elections’. It isn’t only about the Lok Sabha and state assemblies, though that’s the way it is often interpreted.

As long as the five-yearly cycle continued for the Lok Sabha from April 1952 to March 1967, there was no great problem. This broke down with the Fourth Lok Sabha (1967-70) and progressively became worse. Not all Lok Sabhas have served their full five years. Note something else that’s often missed in discussions on simultaneous elections and electoral reform. When was the First Lok Sabha constituted? April 2nd, 1952. The First Five-Year Plan was from 1951 to 1956. The First Finance Commission was set up in 1951 and its recommendations were for the period 1952 to 1957. There was rough synchronicity between Parliamentary elections, Plans and devolution through Finance Commissions. All that broke down. You might argue Plans are now dead. True, in a manner of speaking. However, there are Central Sector and Centrally Sponsored Schemes. The present package for these has a cycle till 2019. The Fourteenth Finance Commission’s recommendations last till 2020. In a manner of speaking, we have regained that synchronicity, at least for the Lok Sabha and fund flows. Wouldn’t it be wonderful if this could be achieved for state assemblies and Finance Commissions too?

Let’s also be clear about what we mean by ‘simultaneous elections’. We can clean up the slate so that everything is synchronised. But, if we don’t prevent premature dissolution of Parliament and state assemblies, we will be stuck with the same problem again. That’s yet another reason why it cannot be delinked from broader electoral reform. There is a relevant quote from the Law Commission’s 170th Report: ‘This cycle of elections every year, and in the out of season, should be put an end to. We must go back to the situation where the elections to Lok Sabha and all the Legislative Assemblies are held at once. It is true that we cannot conceive or provide for all the situations and eventualities that may arise whetheron account of the use of Article 356 [which has come down substantially after the Supreme Court decision on SR Bommai vs Union of India] or for other reasons, yet the holding of a separate election to a Legislative Assembly should be an exception and not the rule. The rule ought to be one election once in five years for Lok Sabha and all the Legislative Assemblies.’

Other than what I said about synchronising public expenditure decisions, why do we want simultaneous elections? The Rajya Sabha Committee’s 79 Report succinctly lists out the reasons. ‘There are several justifications for holding simultaneous elections. Firstly, it would reduce the massive expenditure incurred for conduct of separate elections every year. …Secondly, elections lead to imposition of Model Code of Conduct (MCC) in the poll bound State/area. The imposition of MCC puts on hold the entire development programme and activities of the Union and State Governments in the poll bound State. It even affects the normal governance. Frequent elections lead to imposition of MCC over prolonged periods of time. This often leads to policy paralysis and governance deficit. Thirdly, frequent elections lead to disruption of normal public life and impact the functioning of essential services. Holding of political rallies disrupts road traffic and also leads to noise pollution. If simultaneous elections are held, this period of disruption would be limited to a certain pre-determined period of time. Lastly, it would free the crucial manpower which is often deployed for prolonged periods on election duties.’ The last mentioned includes those deployed for security. In our paper, we probed these reasons and generally agreed with them.

Now that simultaneous elections are being debated again, several political parties have opposed the idea. Note that the Rajya Sabha Committee also heard their views and was not persuaded otherwise. Perhaps that was because it was a Rajya Sabha Committee examining a more efficient electoral model for the Lok Sabha. The Lower House has 543 members. There are roughly 52 weeks in a year. Over a five-year period, suppose we elect about 108 MPs every year; that is, suppose we elect two Lok Sabha members every week. In other words, suppose we have a rolling system. Because one-third of Rajya Sabha members retire once every two years, the Upper House has an inherent stability. In the deliberately frivolous and extreme rolling model I suggested for the Lok Sabha, I wanted to stress the stability part, something I mentioned at the beginning of the column. We want to ensure the cycle doesn’t break again. What are the counter-arguments being made against simultaneous elections? It isn’t doable, operationally. The states have to be on board. Voter behaviour will be affected. Smaller parties will be adversely affected. I don’t attach too much importance to any of these counter-arguments. They are red herrings.

If we agree this is a good idea, and we should, we need to debate how this can be brought about, and yes, it isn’t easy. However, that doesn’t mean we shouldn’t debate it. How will terms of assemblies and the Lok Sabha be synchronised for the first time? Will it be feasible to extend or curtail the existing terms of some assemblies to facilitate this? What happens if the ruling party or coalition loses its majority mid-term, either in the Lok Sabha or in an assembly? (For instance, one can insist that a no-confidence motion against an outgoing government must be accompanied by a confidence motion in favour of an incoming alternative.) Should Lok Sabha and assembly terms be fixed? Is it feasible for the Election Commission to conduct elections on such a massive scale, considering the logistics, security and manpower resource requirements? How does one bring in state Election Commissions and local-body elections? Solutions can be found, provided we are willing to discuss and debate the idea.