Is agriculture all that important? 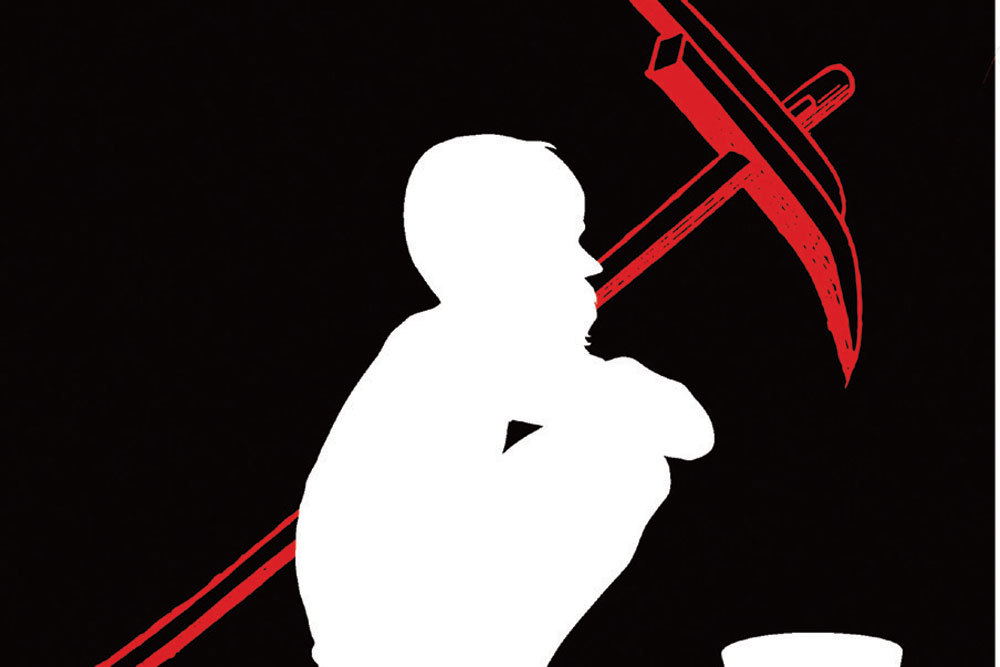 ACCORDING TO CENSUS 2011, 68.84 per cent of India’s population lives in rural India. When we were students, we used to be taught characteristics of an underdeveloped economy. The expression ‘underdeveloped economy’ hadn’t yet gone out of fashion. There was something negative associated with living in rural India. In a developed economy, that negative association with ‘rural’ doesn’t exist. In the US, 19.3 per cent of the population lives in rural areas; in England, 20.7 per cent. No one thinks those populations are deprived in any sense. Unfortunately, historically in India, rural has meant being deprived in terms of physical and social infrastructure. That mindset still perpetuates. Rural is deprived. Rural is agricultural. In a fast-changing economy and society, as India is now, neither of these two propositions is correct. If we generalise and decide on policy on the basis of rural/agricultural, we will make mistakes. That is, rural isn’t homogeneous. There are legal and statistical issues and we shouldn’t get misled by them.

To illustrate what I mean, I will quote from a June 1986 document of the City Planning Wing of the Delhi Development Authority (DDA). The document is titled ‘Development of Urban Villages in Delhi’. Yes, that adjective is right, ‘urban’ village. ‘In Delhi in 1981, there were 369 settlements consisting of 111 urban and 258 rural villages. Since more than one decade, urban villages are becoming slum pockets which have necessitated the development in terms of laying of infrastructure, construction of roads and making available public and semi-public buildings and parks etcetera Similarly, it is also necessary to formulate strategies for the development of different types of villages… Legally, any rural settlement ceases to exist and gets converted into urban village as soon as it is declared under Clause (a) of Section 507 of Delhi Municipal Corporation Act, 1957.’ Hence, we should be careful before we generalise about village. Beyond the legal definition, there may be very little difference between an ‘urban village’ and a town. I don’t think we have the population-wise size distribution of India’s villages from 2011 Census yet. We have it for 2001 Census. Out of the 600,000 villages, about 92,000 had population sizes less than 200. It stands to reason these villages must be more difficult to access, geography and terrain- wise. It stands to reason these villages probably lack the physical and social infrastructure we have in mind. The bulk of these less-than-200 villages are concentrated in Himachal Pradesh, Uttarakhand, Rajasthan, UP, Jharkhand, Odisha and Madhya Pradesh. It should be fairly obvious that there is a correlation between small-sized villages and development, however measured.

There is a village named Inroak/Chinlak in Nancowry Taluk (Tehsil), Nicobar District of Andaman and Nicobar Islands. It is unusual because Census 2011 tells us this village has only one resident. Sparse populations are normal in that part of the country. East Island village in Diglipur (North and Middle Andaman District) has 16 residents. There is a village named Malacca, also in Nancowry Tehsil, with a relatively higher population of 158. The resident of Inroak/Chinlak can be told—the Government can’t provide goods and services for a single individual in your village; migrate to Malacca. This may be a logical proposition. But it can’t be a moral one and it also violates the Government’s constitutional obligations. It is like saying the Government, with its limited resources, will develop enclaves like Delhi and Mumbai, with better physical and social infrastructure. Those who wish can migrate there. In 2014 elections, polling stations were set up for only two voters in some parts of Arunachal Pradesh. It’s no different for the core template of public goods and services.

What is a ‘large’ village? Because one of the criteria used to define ‘urban’ is a minimum population size of 5,000, one might be tempted to think that all villages have population sizes lower than 5,000. There are other criteria before a habitation becomes ‘urban’. In Ghazipur district of UP, there is a village named Gahmar. According to the 2011 Census, this has a population size of 25,994. Gahmar is bound to be remarkably different from Inroak/Chinlak. There is a non- profit organisation known as People’s Research on India’s Consumer Economy (PRICE). Since Census data surface infrequently, and that too with a time lag, I find the PRICE data very informative. To be accurate, the survey is known as an ICE (income, consumption, expenditure) survey and I will cite numbers and quotes from the 2014 ICE Survey, which covered 20,195 households in 21 states. It is a survey, not a Census. But the point can still be made. In the sample, 56.7 per cent of villages have population sizes less than 1,000. While 3.1 per cent have population sizes between 5,000 and 9,999, 0.8 per cent have population sizes more than 10,000. ‘Smaller villages have a greater dependency on agriculture but lower access to organised market networks like wholesalers and government procurement outlets buying at MSP, whereas large villages have less people engaged in agriculture but those who do get better prices because they are not subjected to distress pricing to local retail.’ You will legitimately argue this is obvious. But what follows is not necessarily obvious. Across 21 development indicators, ICE constructs an index. As one moves down the ladder, ‘urban’ is sliced (according to the development index) into metros, boom towns, niche cities and other urban towns. Similarly, ‘rural’ is sliced into developed rural, emerging rural and underdeveloped rural.

This is where the unexpected begins to creep in. One doesn’t expect salaried households in rural India. They must characterise towns/cities. Indeed, 50 per cent of households in metros are salaried. But in other urban towns, 29 per cent of households are salaried, while in developed rural, 25 per cent of households are salaried. The average annual household income in metros is Rs 3,21,850. (I am using the present tense. But remember, ICE 2014 has data for 2013-14. There have been subsequent ICE surveys. However, I don’t have the detailed reports for those.) The surprise is that in other urban towns, the average annual household income is Rs 2,27,960, while that in developed rural it is Rs 2,74,434. Of course, underdeveloped rural is still poor and deprived. But that doesn’t mean that all rural is poor and deprived. That’s the reason expensive consumer products are also sold in rural India. However, the mindset is that all rural is poor and it is not a mindset that is easy to change. Let me now bring spatial inequality. If spatial inequality in infrastructure access increases, is it good or bad? Most people will say this is bad. But let’s think of it this way. Out of those 600,000 villages, around 150,000 were already somewhat integrated, according to whatever metric of physical and social infrastructure one wants. They were like Delhi’s villages. In the last couple of decades, another 250,000 have got integrated. These are villages with population sizes of more than 5,000, with the benchmark moving down to 2,000. It is as if the radius of development is becoming longer and the area covered wider. But in the process, inequality between a village with a population size of 5,000 and another with a population size of 200 has increased. Why is that bad? You get the general idea.

I don’t know how many people remember Our India now. It was written by Minoo Masani and was first published in 1940. It was, and still is, a fascinating book. Let me quote from that. ‘The workers in the mills and factories of our towns, whom we because we live in towns are accustomed to think of as the poorest people, earn anything from fifteen to fifty rupees a month, with which to maintain a whole family. That is terrible enough, isn’t it? Why, even you, all by yourself, would find it difficult to live on that! But the worker’s wage is almost princely compared with the earnings of those crores and crores of our countrymen who live in villages and cultivate the land, producing food for us to eat and the cotton from which is made the cloth we wear…. If you stood ten Indians in a line to represent us, seven would be like my Indian agriculturists, that is, those who cultivate the land; the eighth would be a factory worker; the ninth would be a shopkeeper or a clerk; and the tenth would be a business man, or a landowner, or a lawyer, or a doctor.’ That was in 1940. The more things change, the more they remain the same. As far as I know, the original epigram is French in origin and was first coined by Jean-Baptiste Alphonse Karr. But the more things seem the same, the more they also change—both on our notion of village and on our perceptions about the importance of agriculture. For at least the larger villages, time has brought about changes.