The Burden of Socialism 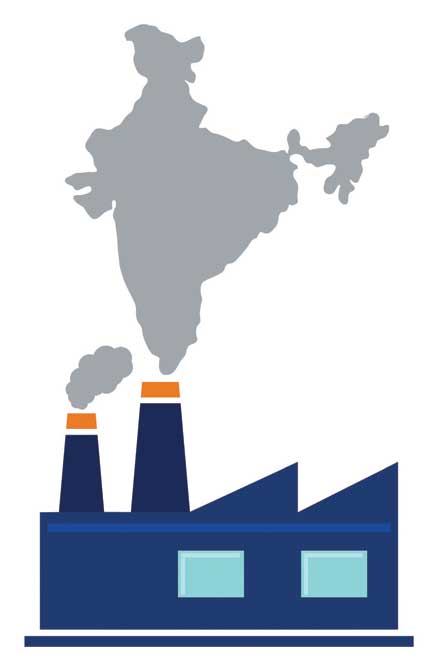 TWO RECENT TRIGGERS have spurred this column. First, a book on the Bombay Plan. Second, Niti Aayog, and its promised demise, having featured in some poll promises.

August 15th, 1947 seems like a long time ago. It was a long time ago. Seventy-two years is a long time, even though it is but a fleeting moment in the history of nations. The world was different then. India was different then. The Indian economy was different then. Minoo Masani (1905-98) is all but forgotten now. In his day, he was an influential thinker, politician and parliamentarian. In 1940, he published a slim book directed at children, titled Our India. It was socialist in tone and had views Minoo Masani would change in his later years. In the preface to this book, he said, ‘Statistics of Indian life are so scanty and scrappy that reliance on them is bound to endanger one’s conclusions.’ Indeed, data and statistics were scanty and scrappy in 1940. Proper statistical systems started to evolve in the 1950s. These days, if one wants official data, one often resorts to the Economic Survey. There was nothing quite akin to the Economic Survey then, apart from data being non-existent. Even after Independence in 1947 and the enactment of the Constitution in 1950, for more than a decade, there was no Economic Survey in the sense we understand it now. Publishing the Economic Survey is not a constitutional requirement. It is published because of an executive decision and because it has now become established precedence. As the seed of what would eventually become the Economic Survey, a ‘White Paper’ started to be included in the Budget papers from 1950-51. If one reads the first White Paper, included in the Budget papers for 1950-51, there is nothing on what is called human development indicators.

We don’t know what it was like to be an average Indian then. Minoo Masani offers some indication. ‘Learned professors in our universities have estimated that the ordinary peasant in our country with a wife and three children has to live along with his family on much less than Rs 27 a month, which is the average income for all kinds of Indians rolled into one… If, for instance, a baby brother or sister were to be born in your home—don’t mention this to your mother or father, it’ll only hurt their feelings, because grown-ups are like that!—the little baby, sad to say, is due to die at the age of 27.’ A per capita income of Rs 27 per month and life expectancy of 27 years. (By 1951, life expectancy would increase to 32 years.) There are also literacy numbers from the Census of 1941, though the geographical definition of India in 1941 was different from the one today. Literacy rate was 16.1 per cent. By 1951, we had a slightly better idea of what it was like to be an average Indian. In the Census of 1951, with India geographically defined as it is now, the literacy rate was 16.7 per cent. (I don’t want to get into technicalities. This is a gross literacy rate. These days, we use a net literacy rate. In 1951, the net literacy rate was 18.3 per cent.) Infant mortality rate was 146 for every 1,000 live births.

At the stroke of the midnight hour, as India awoke to life and freedom, India aspired to do better. The shaping of aspirations does not occur in a vacuum. When one looks back at past historical events and decisions, that vivisection is often characterised by myopia. One tends to forget the specific socio-economic context in which a decision was taken. For example, many strands in the Constitution have roots in the Government of India Act of 1935. Here are quotes that do not represent digression. These are from the 1931 Karachi resolution of the Indian National Congress. This was important because it articulated notions of fundamental rights and also had a view on what the state should do, including an economic and social programme. For example, ‘The State shall provide for free and compulsory primary education.’ Or, ‘The State shall safeguard the interests of industrial workers and shall secure for them, by suitable legislation and in other ways, a living wage, healthy conditions of work, limited hours of labour, suitable machinery for the settlement of disputes between employers and workmen, and protection against the economic consequences of old age, sickness and unemployment.’ Or, ‘The State shall protect indigenous cloth; and for this purpose pursue the policy of exclusion of foreign cloth and foreign yarn from the country and adopt such other measures as may be found necessary. The State shall also protect other indigenous industries, when necessary, against foreign competition’, and ‘The State shall own or control key industries and services, mineral resources, railways, waterways, shipping, and other means of public transport. Relief of agricultural indebtedness and control of usury direct and indirect.’ A view was forming about the role of the state and this inevitably led to the need for planning. In Wardha in 1937: ‘The Working Committee recommends to the Congress Ministries the appointment of a Committee of Experts to consider urgent and vital problems the solution of which is necessary to any scheme of national reconstruction and social planning. Such solution will require extensive surveys and the collection of data, as well as a clearly defined social objective. Many of these problems cannot be dealt with effectively on a provincial basis and the interests of adjoining provinces are interlinked…. The development and control of industries require also joint and coordinated action on the part of several provinces.’

All this led to the formation of the National Planning Committee in 1938. Jawaharlal Nehru was the Chairman. There were several ministers from states and provinces, usually industry ministers, who were ex officio members of the committee. Non-ex officio members were M Visvesvaraya, Purshottamdas Thakurdas, Meghnad Saha, AD Shroff, KT Shah, AK Shaha, Nazir Ahmad, VS Dubey, Ambalal Sarabhai, JC Ghosh, JC Kumarappa, Walchand Hirachand, Radha Kamal Mukerjee and NM Joshi. Since there was going to be a separate agrarian programme, ‘plan’ was tantamount to an industrial plan. In 1938, there was a conference of industry ministers in Delhi under the chairmanship of Subhash Chandra Bose, then president of the Indian National Congress. This meeting passed the following resolution: ‘As a step towards such industrialization, a comprehensive scheme of national planning should be formulated. This scheme should provide for the development of heavy key industries, medium scale industries and cottage industries, keeping in view our national requirements, the resources of the country, as also the peculiar circumstances prevailing in the country.’ Obviously, one would then need to identify what these key heavy industries were. ‘This Conference having considered the views of several Provincial Governments, is of the opinion that pending the submission and consideration of a comprehensive industrial plan for the whole of India, steps should be taken to start the following large scale industries of national importance on an all-India basis and the efforts of all provinces and Indian States, should as far as possible, be coordinated to that end: (a) Manufacture of machinery and plant and tools of all kinds; (b) Manufacture of automobiles, motor boats, etc., and their accessories and other industries connected with transport and communication; (c) Manufacture of electrical plant and accessories; (d) Manufacture of heavy chemicals and fertilizers; (e) Metal production; (f) Industries connected with power generation and power supply.’ It is unreasonable to expect expressions like market failure to be used then. But if one applies today’s jargon to that period, these industries were characterised by market failure. Whatever be the reason, private capital wouldn’t step in. The state would have to step in. Where would one find the resources? That was the key question for national planning.