The trajectory of state interventions in history 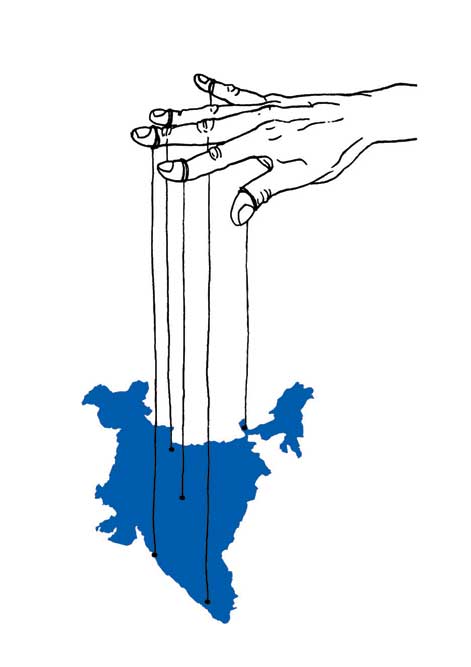 IN HISTORIES of Indian economic policymaking, it is odd that M Visvesvaraya’s 1934 book, Planned Economy for India, is rarely mentioned, though we remember him for other reasons. This was almost certainly the first ‘plan’ developed for India. The book collated a wealth of statistical data and made comparisons between India and the rest of the world. A 10-year plan was formulated, intending to double India’s aggregate income over that period. ‘The Indian plan, should avoid communistic tendencies; its basic policy should be to encourage collective effort without interfering with individual initiative. The developments should be more on the lines followed in the United States of America and in Turkey…. Having regard to the conditions prevailing in India, it is safe for this country to proceed along the lines practiced in such capitalist countries as France and the United States of America.’ (It was the period of the New Deal in the US.)

Unlike Visvesvaraya’s book, the Bombay Plan has consistently received a lot of attention. It has recently been edited by Meghnad Desai and Sanjaya Baru and republished. The Bombay Plan was actually titled Memorandum outlining a plan of economic development for India. It was published in two parts, in 1944 and 1945. This document was signed by JRD Tata, GD Birla, Ardeshir Dalal (he didn’t sign the second part), Lala Shri Ram, Kasturbhai Lalbhai, AD Shroff, John Matthai and Purshotamdas Thakurdas. It wasn’t quite a plan. It was more like what, in later years, the Planning Commission would call an ‘approach paper’ to a plan. ‘The principal objective of our plan is to bring about a doubling of the present per capita income within a period of fifteen years from the time that the plan comes into operation. Allowing for an increase in population of 5 million per annum, which is the rate disclosed by the last decennial census, we estimate that a doubling of the per capita income within a period of fifteen years will necessitate a trebling of the present aggregate national income.’ These targets, and the contemplated capital expenditure ratio of 2.4, were extremely optimistic. Industries were divided into basic industries and consumer goods industries. Basic industries would have priority and these were power (electricity), mining and metallurgy (iron and steel, aluminium, manganese), engineering (machinery, machine tools), chemicals (heavy chemicals, fertilisers, dyes, plastics, pharmaceuticals), armaments and transport (railway engines and wagons, shipbuilding, automobiles, aircraft) and cement. ‘It is inevitable that in executing a comprehensive plan of economic development, especially in a country where the beginnings of such development have yet to be laid, the State should exercise in the interests of the community a considerable measure of intervention and control. That this would be an indispensable feature of planning was recognized by us in our first memorandum. We have, for instance, indicated in that memorandum that no economic development of the kind proposed by us would be feasible except on the basis of a central directing authority, and further that in the initial stages of the plan rigorous measures of State control would be required to prevent an inequitable distribution of the financial burdens involved in it…. We believe that capitalism, in so far as it affords scope for individual enterprise and the exercise of individual initiative, has a very important contribution to make to the economic development of India. We believe at the same time that unless the community is endowed with powers for restraining the activities of individuals seeking their own aggrandizement regardless of public welfare and for promoting the main objectives of economic progress, no plan of economic development will succeed in raising the general standard of living or promoting the common good.’ Contrary to expectations, the Bombay Plan was quite forthright in accepting state intervention and controls.

1944 also saw the publication of a Gandhian Plan, in the form of a book written by Shriman Narayan Agarwal, with a foreword written by Mahatma Gandhi. Although called a ‘plan’, it wasn’t quite a plan in the sense one normally understands the word. ‘At a time when the nationalist voice of India is hushed and strangled, the eight distinguished Industrialists have, undoubtedly, rendered a positive service to the country by presenting a Fifteen-year Plan of economic development, popularly known as the Bombay Plan. We cannot question the sincerity and patriotism of these able and eminent businessmen. Nevertheless, we cannot shut our eyes to the fact that it is essentially a Capitalist Plan on Western lines. M. N. Roy has also published a Peoples’ Plan which contemplates a total expenditure of fifteen thousand crores of rupees in 10 years. But I feel that these plans have not taken into account the special cultural and sociological foundations on which our economic planning in India must be based. Merely copying Western plans, whether of the capitalist or the socialist type, will not do. We must evolve an indigenous plan with its roots firmly in the Indian soil. Well-organized and powerful Village Communities have been the distinguishing feature of India from times immemorial…. But, of what avail shall such material prosperity be, if the people lose their soul their spirit of freedom and self- government? Economic Planning, therefore, should necessitate the least amount of State control and coercion. That Government is best which governs the least. What, then, is the alternative? The solution lies in simplicity, decentralization and cottage industrialism.’ Other than the moral arguments it said, ‘There will be adequate scope for private or co-operative enterprise and initiative in the organization of village industries which will supply in a large measure the consumers’ goods to the villages as well as towns. But it is one of the corner-stones of this Plan that the basic and key industries shall be owned and managed by the State in the interests of the nation as a whole.’

In many portrayals of the history of economic development and planning in post-Independent India, it is often suggested there was a sudden discontinuity with the Five- Year Plans, in particular the Second Five-Year Plan (1956-61). Because of the antecedents just described, this is a gross simplification. For the record, a few years later, in 1950, there was also a Sarvodaya Plan. Across these plans, there was consensus on (a) public investments in key industries; (b) state intervention in distribution, to prevent a widening of income disparities; and (c) peripheral roles of external trade and foreign investments. These tenets represented the wisdom of the day.

In fairness, there was an Export Promotion Committee (the Gorwala Committee) in 1949. This is rarely mentioned, but makes for refreshing reading. ‘It is somewhat paradoxical that, while the Government has been aiming at export drive, elaborate machinery to exercise control over the majority of exports exists. The present export control notification has been inherited from the days of the war when there was need to restrict the volume of exports for a variety of reasons, many of which no longer hold good…. When we have to depend on imports to supply us with food and fertilizers, raw materials and machinery, the necessary foreign exchange for which is not being earned by our present level of exports, clearly the case for reducing as far as possible all restrictions on our export trade is overwhelming…. We are aware that clocks and watches are mostlyof hard currency (Swiss) origin. Watches, however, have to be imported at the cost of hard currency, not primarily because we must have them, but because the Swiss insist that if we take other things from them which we really need, we must also take some watches,the export of which forms part of their traditional pattern of trade. In our view, it is desirable that these watches should be exported so that the hard currency spent on them may not mean a total loss of foreign exchange but only of hard currency, soft currency being obtained in substitution.’ In a similar vein, the committee spoke about ‘Indian assembled American cars’ being re-exported to third countries. But this committee was very much of an outlier.

In 1948, we had the Industrial Policy Resolution. This stated the Government proposed to set up a National Planning Commission. For industry, it also clearly articulated the principles of complete state monopoly in some sectors and for new enterprises in other sectors, possible nationalisation of existing private enterprises and majority Indian equity in instances involving foreign capital. As I said, this represented the wisdom of the day.