An overexcited opposition, a Congress celebration and a Rahul Gandhi question 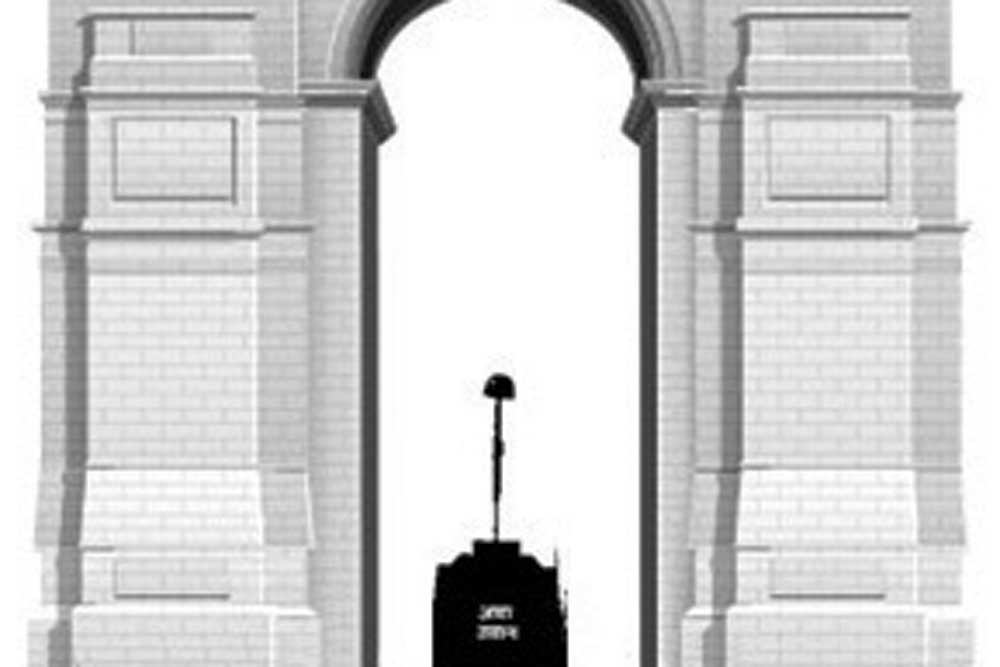 ALONG WITH THE weather, the political climate, too, may be changing. There is a spring in the steps of the opposition types, the ones who until recently had a hang-dog look on their faces, having given up on a fight for 2019 after the UP wipe-out. What a couple of tough economic measures can do to alter the political mood! The more optimistic in the opposition ranks might already be savouring a re-run of 2004, when defying common sense, the Vajpayee-led NDA was pipped to the winning post by the Congress. Wisdom, however, lies in not counting your chickens till they are actually hatched. For one, the popular mood is always fickle; it can swing back as easily towards the ruling dispensation; and, two, Modi is no Vajpayee. Both admirers and critics are unanimous that the Modi-Shah duopoly cannot be written off, particularly given the diffused state of the opposition. But, vitally, you can trust the Modi sarkar to smoothen niggles in the implementation of the GST and change the recent narrative triggered by relatively slow GDP growth. Generating a favourable wind when the time comes for a fresh mandate is very much in the realm of possibility. Oppositionists and a section of the media backing it should hold back their celebrations. Aside from peaking too early, forcing a confrontation with the Government can be counter- productive. The Prime Minister has huge reserves of energy, talent and skills to extinguish any challenge from a woefully scattered opposition. Don’t overdo the laddoos this festive season. Next Diwali, the last before the General Election of 2019, might usher in a sombre mood.

THE CONGRESS WIN of the Gurdaspur Lok Sabha seat may have come as a shot in the arm for the party, though it was not entirely unexpected. The BJP-Akali combine lacked a charismatic candidate like Vinod Khanna, whose untimely death forced the by-poll. In Sunil Jakhar, son of the former Lok Sabha Speaker, the late Balram Jakhar, the Congress had a candidate of stature. He was Leader of the Opposition in Punjab’s previous Assembly. But what is significant is that despite his huge win, Congress insiders do not seem confident about the outcome of the coming Assembly polls in neighbouring Himachal Pradesh. By common reckoning, it is a contest for the BJP to lose. Unless the saffron party does something foolish, it may have already sewn up the Himachal Assembly for itself.

Okay, you are interested in the Gujarat outcome. Yes, there is a lot at stake in state polls for the Modi-Shah duo’s home turf. Again, despite the somewhat altered narrative in political circles and the focus on the likely weak spots of the long-standing ruling party in Gandhinagar, we are willing to bet our shirts on a BJP victory. Yes, a BJP government in Gujarat. This is also the word emanating from within the saner opposition circles. The vote-gap between the BJP and the Congress is so considerable that it is unlikely it can be bridged easily, even though the combined opposition will concentrate on Gujarat rather than Himachal once campaigning gets underway.

A CLIP OF AN interview of the former President Pranab Mukherjee by Rajdeep Sardesai has gone viral on social media. A clearly angry Mukherjee is seen pointing a finger at the well-known anchor as he rebukes him: “Let me complete, you don’t have this habit. I am sorry to remind you, you are interfering with the former President’s… Please have the necessary courtesy, don’t interrupt, I am sorry to tell you… I am not eager to appear on the screen, you have invited me. Firstly you cannot raise your voice, I am answering to the question…” In all this, Sardesai is heard mumbling, “Sorry, my apologies.”

Another popular clip on social media shows Rahul Gandhi at a rally somewhere in Gujarat. A confident-looking Gandhi is heard blaming a lack of jobs for the present ills—that is, until he muffs his lines. Moving from side-to-side on the stage, mike in hand, he is heard telling his audience in Hindi: “Successive governments have failed to create jobs, and I list the Congress’ too among them. But our record was better, at least better than the Modi Government’s, it was five on ten. Now, it is not a partisan issue. It is a matter of national security… This country will have to give jawaab ka savaal. Iss jawaab
ka savaal dena hi padegaa.”

Indeed, someone will have to give that answer a question.