If the Centre were to postpone elections in Bihar with Nitish Kumar, its ally, continuing on as caretaker Chief Minister, can it opt for another route in Bengal? 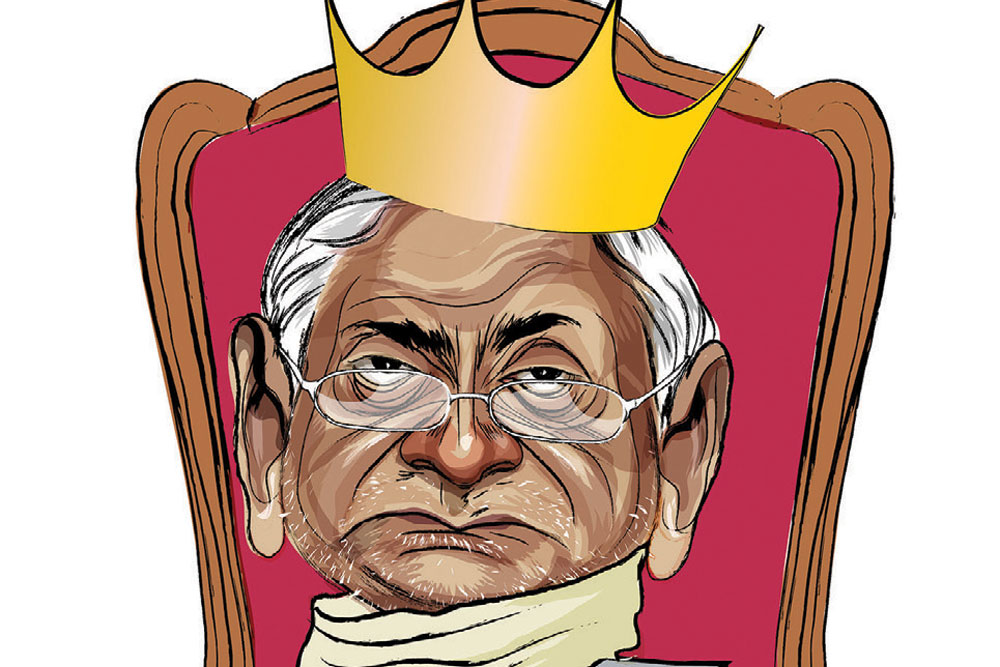 
The Election Commission (EC) has its eyebrows stitched in worry. With no end to the spread of Covid-19 imminent, it is becoming clear now that the Bihar state elections cannot be held as scheduled. It is worried whether even the West Bengal elections, scheduled for March and April next year, can be held on time. Before every election, the EC needs to revise voter rolls. Its officials move door-to-door verifying voter information. Could this be desirable in a time when people are being told to maintain social distancing? Elections can be postponed only for a period of six months with a caretaker government set up to see through that period. Bengal’s governor has been asking for President’s Rule, arguing that there has been a breakdown of law and order in the state. But if the Centre were to postpone elections in Bihar with Nitish Kumar, its ally, continuing on as caretaker Chief Minister, can it opt for another route in Bengal?

There is a dearth currently of common masks in Bihar. So Chief Minister Nitish Kumar has begun promoting the humble gamchha as a mask instead. He makes public visits wearing it and claims that the garment is the best type of mask. And it appears to be working. The sight of gamchhas wrapped around faces is becoming increasingly common in Bihar’s villages.

Not all is well in Maharashtra’s corridors of power. The coalition government is under strain. If the buzz is to be believed, despite the state reeling under the pandemic, Chief Minister Uddhav Thackeray hasn’t been consulting either his seniormost colleague, Sharad Pawar, or the Congress high command. The Maratha strongman, expectedly upset, believes that the government has been handling the pandemic poorly. Rahul Gandhi brought out the fissures in the open when he distanced the Congress from the government. Thackeray, meanwhile, continues to maintain a good relationship with the Prime Minister and the BJP top brass. There’s a strong chance now that the Nationalist Congress Party (NCP) and Congress will withdraw support and President’s Rule will be imposed in the state.

There has been a lot of criticism about the night curfews during the lockdown. In the latest round, there’s curfew from 9 pm to 5 am. But there has been some rethinking on it among bureaucrats and Cabinet ministers. What is the need for a curfew at a time when there is no market, little public transport or public activity? Some, like Mamata Banerjee, have openly come out in criticism, saying they won’t impose such a curfew in Bengal. But according to the buzz, Amit Shah continues to be in favour of such a curfew. The argument being put forth is that if such a curfew were not in place, people without the requisite permissions would use it as an opportunity to move between states.

Just a few weeks before the Rajya Sabha elections in Gujarat, the NCP has replaced the president of its state unit, former Chief Minister Shankersinh Vaghela, with former MLA Jayant Patel. According to the buzz, differences arose between the party leadership and Vaghela over who the lone NCP legislator in the state, Kandhal Jadeja, should support in the election. The BJP has put up three candidates, even though it does not have the numbers to win all three seats without a contest. Sharad Pawar is believed to have assured the BJP that its lone legislator will support the BJP candidate. Vaghela, a former BJP member who quit the party around the time Narendra Modi and Amit Shah were rising up its ranks, wasn’t quite pleased. So Pawar simply had him replaced. 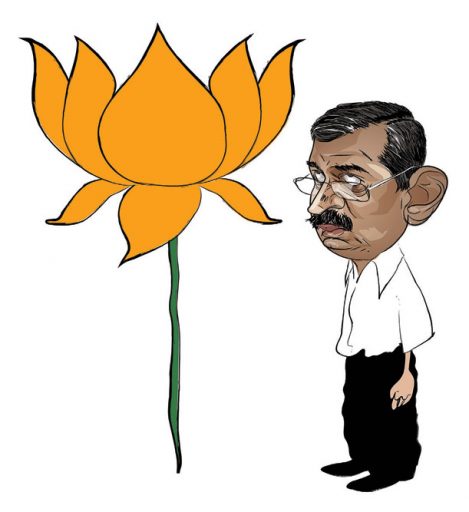 Delhi Chief Minister Arvind Kejriwal is in a bit of a fix. Two distinct ideological wings of the left and the right have developed within his party. There are those on the left who are astonished that Kejriwal has become soft towards the BJP. They often question the party’s progressive faces such as Raghav Chadha and Atishi Marlena and its Muslim leaders over this. Those close to Kejriwal say the state is going through a big financial crisis, made worse by Covid-19. The last thing Kejriwal wants is to get into a confrontation with Modi and Amit Shah.

The Cost of Vices

During this coronavirus-induced pandemic, several BJP leaders have become victims of their indiscretions. Manoj Tiwari had continued to remain the BJP’s Delhi state president despite, as the buzz went, former Delhi unit chief Vijay Goel and many other state leaders pushing for his ouster. But when he violated the lockdown measures and travelled to Haryana to play a cricket match, the party high command had had enough. In Himachal Pradesh, another state party president, Rajeev Bindal, lost his job after it was revealed he was close to a corrupt official. The third victim, Chander Parkash Kathuria, a senior BJP leader from Haryana, allegedly violated lockdown measures to secretly meet his paramour. When some people showed up at the house, Kathuria tried to flee by climbing down the second-floor balcony but broke a leg in the process. And soon a video of him surfaced. The party was left with little option but to expel him.

While most state governments and political parties are trying to help migrant labourers belonging to their states by arranging bus services for them, Rajasthan’s former Chief Minister Vasundhara Raje is doing something quite different. She has organised special bus services from Jaipur to Haridwar. This is meant for families who have had recent bereavements. People can travel on these buses to immerse the ashes of their family members in the Ganges.