We, Some of the People

Brexit and the hypocrisy of questioning referenda 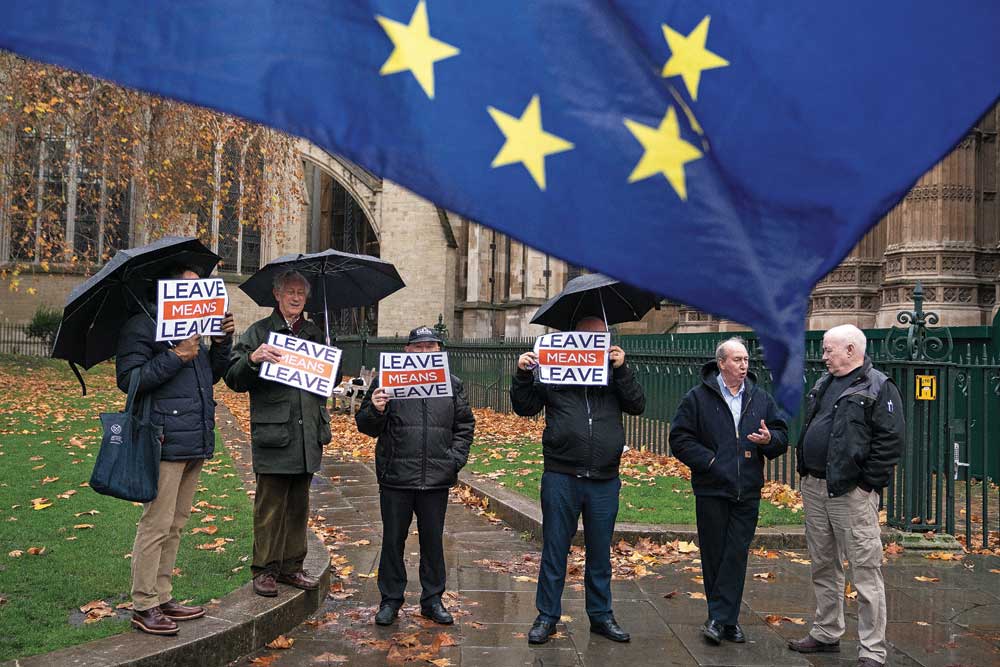 WILL OF THE people—the basis for the shaping of the modern world and the triumph of democracy— has always been a nebulous construct. It is an idea that is almost always gamed. Like Vladmir Putin, who makes a pretence of holding elections to come to power when he neither believes in it nor needs to. And even when elections are fair, the first-past-the-post system, which marks the biggest democracies, ignores the will of all those people who didn’t vote for the winner, which can often be more than 50 per cent of the electorate. Donald Trump, for example, came to power as US president even though Hillary Clinton had got a larger number of votes than him.

Within this flawed idea, the referendum still had a hallowed place. When an issue was too important to be left to representatives of the people, the referendum was a direct appeal to the people’s will, the final decision to override all else. In mature democracies you would think this was an inviolable principle, but it is now readying itself for a body blow because of Brexit, as events over the past week in the UK indicate.

The British people made it clear in a referendum two years ago that they wanted to get out of the European Union (EU). The deal that Prime Minister Theresa May arrived at with the EU on the post-withdrawal relationship was about to be voted upon by the UK parliament this week when realisation dawned that it would not pass. MPs saw the terms as detrimental to the UK. May called the vote off and now seeks to renegotiate for better terms, which is unlikely, given the hostility of EU leaders to Brexit. Without any deal once Brexit kicks in, there is only economic chaos.

What then can be the way out from this catch-22? To hold a referendum again in the hope that that British public will be more sensible this time. This is a view that has been argued ever since Brexit passed, that people had little clue what they were voting on and its repercussions. It is, however, also a self-serving position to think that only a chosen few know what is good for the country while the teeming masses below are ignorant sheep who must be led. It is the same arrogance that led America’s White working class to elect Donald Trump, shocking liberal intellectuals and pundits.

The people’s will is driven by self- interest and emotion. And so are of the elite who claim to have a finer understanding of what is at stake. If the UK referendum had gone against Brexit, then any call for another one would have been a moral crime; now it is just a return to sense, even if it destroys the very foundation on which democracy stands. The idea that a referendum should be held again and again until the desired result is achieved would be laughable to anyone except those who call for it, basking in their own virtue. Unsurprisingly, such hypocrisy only gets contempt from those against whom it is exercised. And chances are the result of another popular vote would just be the same.