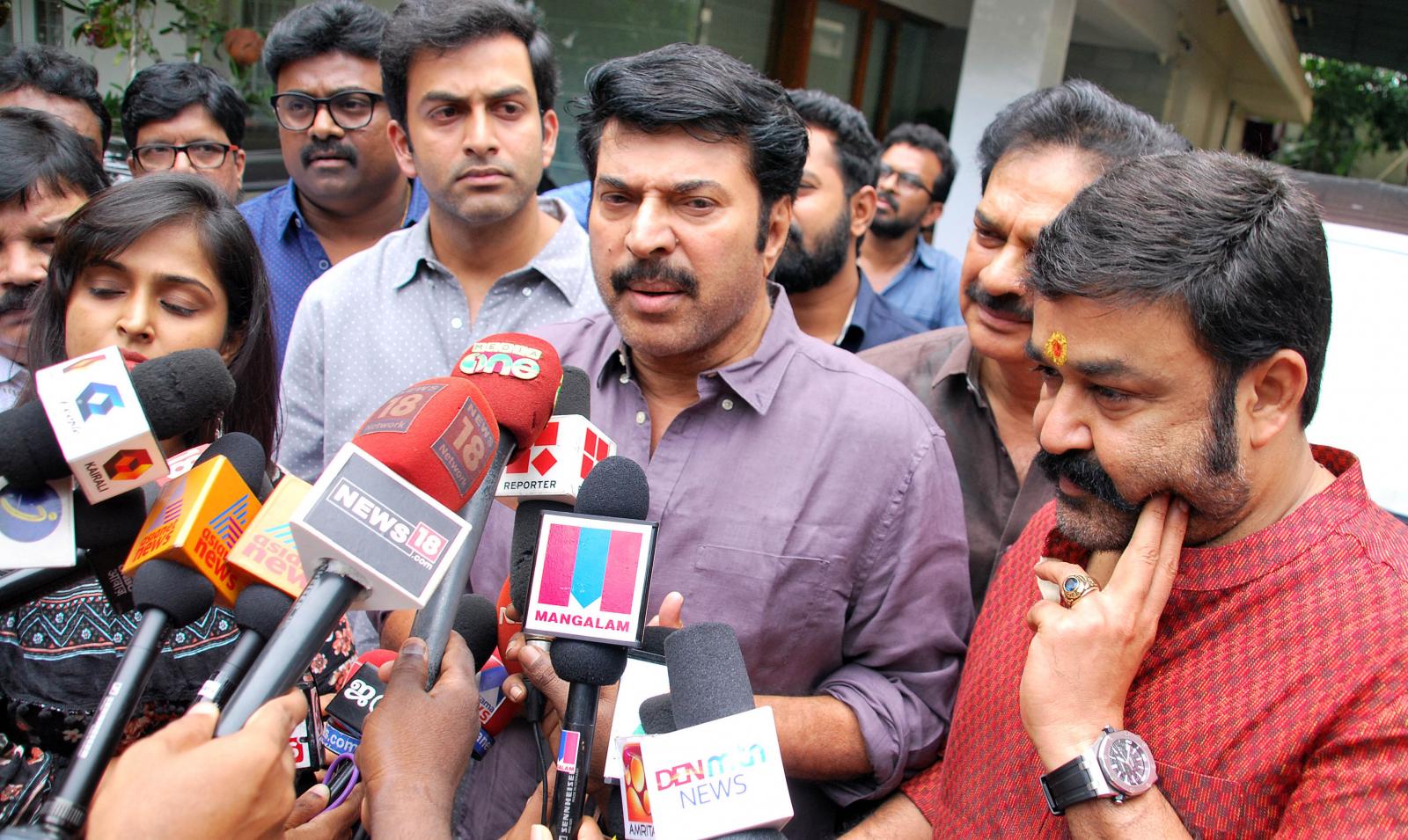 ON AUGUST 7TH, in the world of Malayali cinema, yet another chapter is about to open up where alpha males, because of their cluelessness about how the world has changed, will inflict further embarrassment on themselves. That is when two or three actresses will walk in to face a forbidding array of men in the industry and make their case on exactly why the Association of Malayalam Movie Artists, the powerful monopolistic pseudo union that has destroyed the careers of those opposed to it, needs reform. It will not be a genial affair, and, at the end of the meeting, the men in the room will think they have taught women yet another lesson in keeping to their place. Over the next few days, they will come to terms with yet another public relations disaster and remain befuddled over what they did wrong.

That has been the repeated sequence of events of the last year-and-a-half. It took the apogee of male arrogance to bring this moment about. Dileep, a male superstar who controlled AMMA, allegedly gave a contract to sexually abuse and humiliate an actress he believed responsible for the break-up of his first marriage. He had already hounded her out of Malayalam movies, but that was not enough. Women being slighted might be par for the course, but the assault provoked so much outrage last year that AMMA was forced to remove Dileep.Recently, when Mohanlal, the biggest superstar Malayalam cinema has ever had, became AMMA’s president, his first act was to invite Dileep back even though his innocence is far from settled. It led to a couple of female actors, who had formed a group called Women in Cinema Collective,to resign from AMMA, provoking yet another wave of public outrage. Dileep himself decided not to accept the invitation and the crisis was defused.

On August 7th, some of the Women in Cinema Collective, who are still members of AMMA, will have a meeting with its leadership, including Mohanlal. A report in Manorama seems to predict the outcome. Under the headline, ‘AMMA unlikely to give in to WCC tantrums’, it begins with these words: ‘The recent vain bid by a few vested interests to defame actor Mohanlal, who is the president of Malayalam actors’ body AMMA, has toughened its stand vis-a- vis the Women’ s Collective in Cinema (WCC)’, and goes on to add, ‘The WCC will hereafter be treated only as an organisation that has no connection with AMMA. And the actresses who had quit AMMA recently will not be allowed to withdraw the resignations.’

It is an obvious attempt to divert attention from the conduct of the organisation in giving legitimacy to someone accused of rape to the actions of the women who agitated against it. But it is the very enormity of the original crime that makes all such strategies fail. The more stars like Mohanlal try to gloss over it, the more their own reputation falls, and not just in Kerala. Men of AMMA somehow can’t come to terms with this but some lessons are learnt only through punishment.