The Inheritance of Taste

The pleasures of feasting on food memoirs 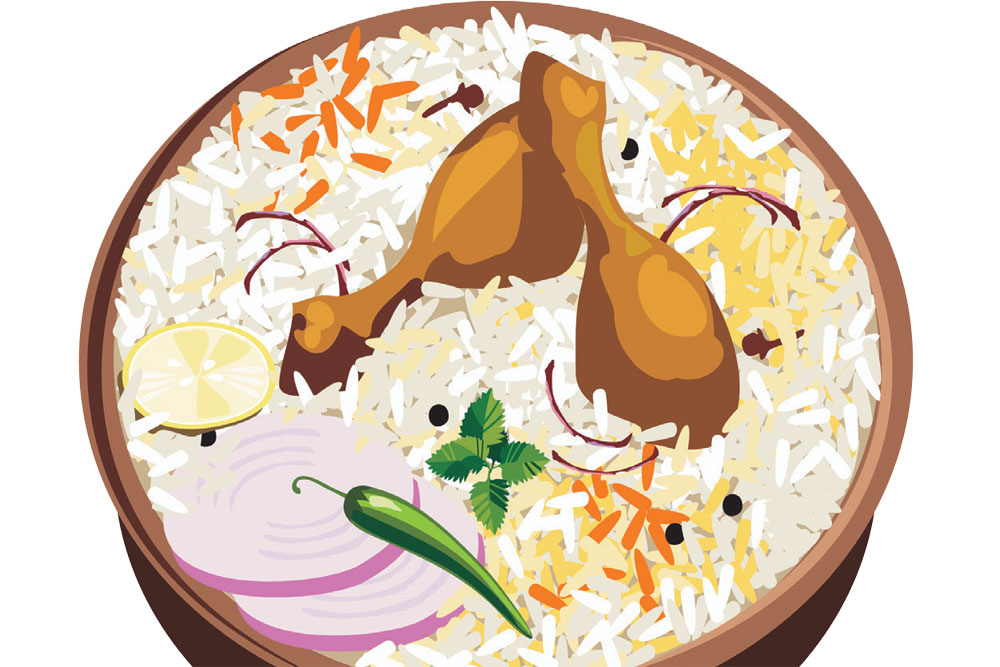 A MEMOIR chronicles the author’s life until the moment of writing it. It is about what created a sense of belonging, what induced dissonance, and most importantly, what the author distilled from these experiences. In a food memoir, the author’s travails, successes and epiphanies are intimately linked to what he or she ate, and what the process by which the food arrived on the table taught her about herself. Barbara Frey Waxman defines the genre as ‘a culinary memoir that chronicles the growth and development of the memoirist through the lens of food memories, in narratives that either begin with childhood or that interpose frequent flashbacks to earliest formative experiences’.

Globally, the travel memoir was all the rage in the 70s and 80s—think Bruce Chatwin (Songlines is one of my favourites), Paul Theroux (The Great Railway Bazaar), Eric Newby (Slowly Down the Ganges), and Naipaul (all his travel books)—but the food memoir has taken its place in the past two decades. Starting with Anthony Bourdain’s Kitchen Confidential, followed by Ruth Reichl, Gabrielle Hamilton and a host of others, the trend is slowly making its way to India. Madhur Jaffrey was a pioneer (Climbing the Mango Tree), as was Chitra Banerjee Divakaruni’s fictionalised Mistress of Spices. Unlike the food memoirs which shoot to the top of a New York Times bestseller list, this genre has a small but gradually growing niche readership in India. A survey published in The Paris Review shows that Indians read for 10.4 hours per week per person, as compared to only half that time spent by their American and UK counterparts. The reason, I think, is that those who read prefer other types of non-fiction or fiction—a Chetan Bhagat, fantasy novels like those by an Amish Tripathi, romantic novels, books about celebrities, spiritual gurus, self-help books, etcetera. Those who read about food do so in a more instrumental way—read the restaurant reviews of amateur foodies to find out which place to try out next. But a food memoir, when written well, is a wonderful peek into the world and lifestyle of someone different from you.

One of the aspects that interests me about a food memoir is how the author’s forays into cooking dishes from recipes inherited from her family evoke a sense of belonging, deepening links with the family, the neighbourhood and the city.

Doreen Hassan’s Saffron and Pearls with the subtitle A Memoir of Family, Friendship and Heirloom Hyderabadi Recipes, is an ode to a city ‘we carry in our hearts wherever we go’. The reminiscences of a Goan Christian who was brought up in Secunderabad on Goan vegetarian food and seafood (but no meat), married a scion of an old Hyderabadi family, the Hassans—‘one of the first to boycott British goods and burn their British possessions in a bonfire in front of the family home, Abid Manzil’—the book also has charming essays by her husband, daughter (Anisha writes about her journey to opening a restaurant in Goa), friends ( Sanjaya Baru writes on his search for Irani cafes, once ubiquitous in the city but not any more), and staff.

Let me add to the praise showered on Doreen Hassan’s culinary prowess. I am obsessed with biryani, and thus far, the best gosht biryani and vegetarian biryani I have ever had has been at her home. Think of fragrant rice, light as a cloud, yet containing a depth of flavour that evokes memories of the old city of Hyderabad.

A food memoir by an author who is also a great cook is different from one by a gourmand who cannot cook, or who can produce decent dishes but not ones that can be described in superlatives. Not Doreen Hassan. Here is a lady whose husband (who would ‘rather make a friend than watch a movie’) impulsively invites 20 people for dinner that very day, and calls her up while she is shopping at an exhibition and says that he has ordered the meat for her to cook. The rest of us would have panicked, but Doreen simply got on with it.

Apart from a glimpse into an era, another thing that interests me about these memoirs is the recipes. Is it possible to recreate authentic flavours without needing to follow an elaborate set of processes?

How do creators of such delectable dishes manage to cook for large parties without having a breakdown? How do they retain their poise? Here is her advice: ‘Be organized, play to your strengths and keep it simple.’ Equanimity comes from a deep understanding of the craft. Cooking, in that way, is akin to the precision involved in writing great prose. Think of commanding a Joseph Conrad or a VS Naipaul or a Rachel Cusk to compose an essay or a story in a few hours. They have the ability to delve into the subject and write about it in a simple yet nuanced way. Similarly, great cooks can rustle up the most complex dishes by paring down the steps to create the essence of the flavour.

A malai ka murg dish has chicken, fresh cream, water, oil, onions red chilli powder and a paste of almonds, cashew nuts and raisins. The cooking method involves frying onions, then adding the ginger-garlic paste and chilli powder, then the chicken pieces, and finally, about three glasses of water to cook one whole chicken. A little before serving, add the cream and the groundnuts and leave on slow fire till well-blended. These steps use fire extremely well—to fry, to brown, to steam and to blend, while reducing the time a cook has to spend with the dish. A kali mirch murg retains the same opening set of steps with onion and spices, with the addition of coriander powder here; then yoghurt is poured in for the gravy, and then the chicken added. The final step is to add fresh ground pepper and garam masala powder and serve after five minutes ‘with chopped coriander leaves and some lemon juice poured over.’ These recipes in the book reflect the simplicity inherent in the most complex and layered dishes.

Apart from a glimpse into an era, another thing that interests me about these memoirs is the recipes. Is it possible to recreate the authentic flavours without needing to follow an elaborate set of processes? I compared her recipes for a biryani/ pulao with the one in the Asifya cookbook, composed from memories of the Nizam’s cooks.

The Asifya recipe for Mahboobi Biryani tells you to take the mutton pieces, marinate it in salt, ginger paste and curd. Then fry onions, garlic, then the mutton with spices (which seems to be different from the marinated one). Then take another half kilo of mutton, mince and grind it with pickle berry, poppy seed, coriander and cumin seeds, green and red chillis and salt, then make into mince balls (kofta) and fry it. Then take the marinated mutton—you know it is marinated once the curd water ‘gets dried in marinated mutton’. Roast this version. When it is ready, add milk, cream, lemon juice, cardamom, caraway on minced balls and put it on the layer. Spread boiled rice after drying it half on the layer of mutton. Stain it with saffron on one side, and on the other side sprinkle green Bengal gram and the remaining ghee mix with milk. Close cauldron with wet flour and keep on coal fire. ‘When ghee starts giving sound, then minimise fire. When smell comes out, it is ready to eat.’

Now, this recipe requires a complex set of ingredients, multiple types of cooking (marination, roasting, frying, boiling) and three ways of preparing the mutton. Lots of work for the cook.

Compare this with the Hyderabadi Mutton Pulao recipe in Doreen’s book. In addition to the ingredients in the Asifya one, the mutton’s marinade has coriander powder, poppy seeds, garlic paste, charoli, roasted and ground khus khus, cinnamon sticks, pepper corns and black cardamom. The steps are simpler. After marinating for at least an hour, cook the mutton on a slow flame till the meat softens, then take it off the fire. Rice has to be boiled until three-fourths done with cinnamon, cloves, cardamom, black cumin seeds and salt. Then in a large greased dish, layer half the rice, top it with cooked mutton, sprinkle with black cumin seeds, lime juice, green chillies, coriander and mint leaves, cover with remaining rice, mix salt in two cups of water and sprinkle over. Then mix saffron in one cup of milk, sprinkle this and the oil drained from the mutton over the rice. Seal pan and keep on a low flame for 15 minutes.

The complexity of the dish is produced by the larger number of ingredients in the marinade and the science of the process, rather than steps that require constant attention of the cook. Having eaten the dish, I can vouch for its fragrance, delicacy and deep flavours.

American food writer Laurie Colwin describes my sentiments perfectly—‘I love to eat out, but even more, I love to eat in’, and to that I would add, since I am not capable of producing fine cuisine, I love to eat such flavourful dishes in someone’s home, cooked by the hostess, who is supremely capable.