The Disputed Ancestry of Taste

Who will choose the winner in vegetables versus meat? 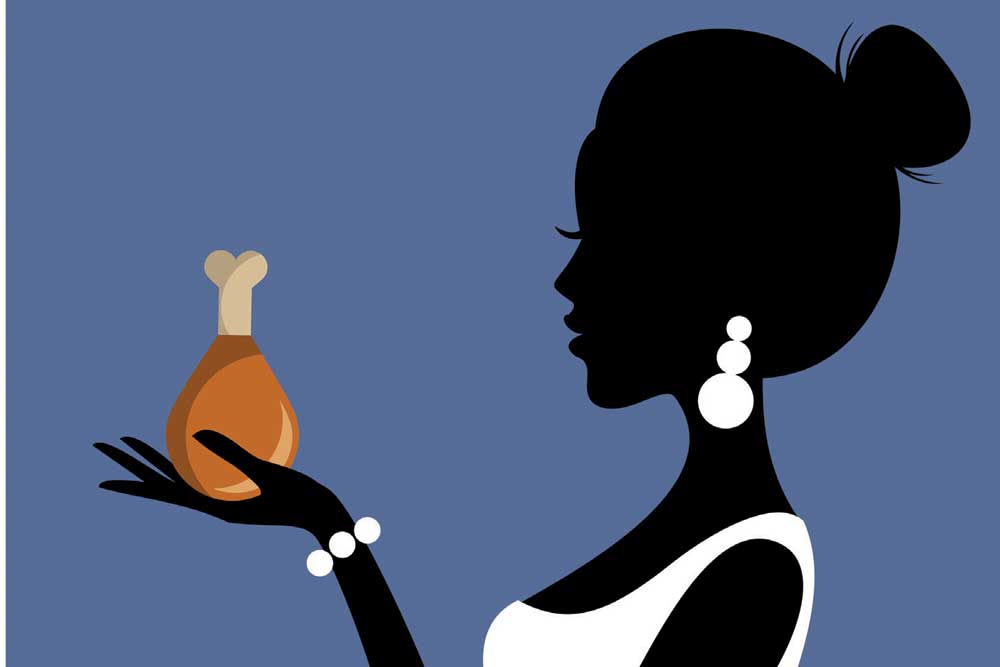 VEG OR NON- veg,” asks the stewardess on Air India, and you know you have arrived in India. It is only here that this phrase is used. You also know that ‘veg’ does not include fish or eggs, as it does on European airlines that use the term ‘Hindu vegetarian’ to refer to the Indian ‘veg’ category.

However, most Indians are not vegetarians; in fact, only 31 per cent are indeed vegetarians, according to The Hindu-CNN-IBN Food Habits of a Nation Survey in 2006. The figure is 21 per cent for families (with all vegetarian members). Another 9 per cent of the population is ‘eggetarian’, or vegetarians who eat eggs. Women are more likely to be vegetarian than men and so are those above the age of 55. But there is no broad correspondence between age and vegetarianism. Among the young, the figure is only slightly below the national average. The lowest proportion of vegetarian families is in coastal states such as Kerala (2 per cent), Tamil Nadu (8 per cent), Andhra Pradesh (4 per cent), Odisha (8 per cent) and Bengal (3 per cent). Most land-locked states, especially in the west and north, are places with the highest proportion of vegetarian families: Rajasthan (63 per cent), Haryana (62 per cent), Punjab (48 per cent), Uttar Pradesh (33 per cent), Madhya Pradesh (35 per cent) and Gujarat (45 per cent). Hindus who worship every day are more likely to be vegetarian, but the majority of all Hindus are non-vegetarian.

Yet, in public discourse these days, there is a tendency to link vegetarianism with Hinduism, and with non-violence (particularly towards the cow), and with purity. It is not clear to me when and why these three concepts intertwined in Hinduism especially since Vedic age rituals continue even today. Ayurveda, for instance, contradicts present-day Hindu orthodoxy, notably in the prescription of animal flesh for medicinal purposes. In The Jungle and the Aroma of Meats: An Ecological theme in Hindu Medicine, Francis Zimmermann points out that the Atharva Veda permits the eating of meat including cattle products in sacrificial contexts, in cases of medical emergency, and as part of a model of proper life for the Kshatriya. In the Ayurvedic medicinal text, Charaka Samhita, women after giving birth are advised to consume a paste of ‘a portion of the right ear of the untamed and alive bull… cut and smashed in a stone mortar’. At the same time, Ayurveda also reveres the cow and says it should be treated with all respect. An explanation for this ambiguity on the cow is that reverence for that animal was part of an earlier tradition that Ayurveda developed but did not leave behind. The texts of classical Ayurveda were written during a time of political fragmentation when the Mauryan Empire had fallen, and the Gupta Empire was beginning to rise, during a time of religious and cultural flux.

Katherine Ulrich’s work on the Buddhist, Jain and Hindu modes of dealing with food, and their food fights with each other, offers us an interesting way of approaching the ambiguity around meat in Hinduism. The three religions, she says, rank non-violence differently in the creation of their cuisines. Buddhist rules are driven by a fairly equal emphasis on the importance of alms-giving (especially for the laity), non-attachment (especially for the renouncer/monk), the practice of austerities and the need to avoid violence.

Jainism too has similarities with Buddhism— both reject the Vedas and emphasise renunciation as a prerequisite for spiritual advancement. But Jains have different criteria for food rules—non-violence is central, while austerities and alms-giving are important. This is because for Jains, karma is a physical substance that can be ‘dusted off’ from the soul by physical acts of catechism, such as fasting. For Buddhists, on the other hand, the nature of karma makes mental/volitional acts of greater importance than the physical ones of fasting or vegetarianism.

In contrast, for Shaivite Hindus, vegetarianism and non- vegetarianism are secondary to devotion to God. A bedtime story I remember listening to as a child was about Kannapan— a hunter who makes an offering of water (carried in his mouth) to a Shiva lingam whose eyes begin bleeding. Having already sacrificed one eye, Kannapan places his foot on the eye socket to guide him, and gouges out the second eye. The Lord appears and restores Kannapan’s sight.

These food fights are evident in Tamil literature from the 10th century. The main group attacked in the verses of Nilakeci, one of five minor epics of Tamil literature dated to the 10th century written by a Jain, are Buddhists who are criticised for permitting their adherents to eat meat as long as they do not personally slaughter it. The poem also chastises Vedic sacrifice on two grounds: that sacrificial killing results in negative karma, and second, that deities do not need such bloody offerings. What is interesting is that Brahmins are associated with Vedic sacrifices, and hence with non-vegetarianism rather than vegetarianism. Even today bali (sacrifice) is offered by Brahmin priests in the form of vegetarian symbols such as pumpkin or lime. What this tells us is how fluid identities are in inhabiting categories such as pure and polluted, veg and non-veg, clean and unclean, and so on.

Subsequently, during the freedom struggle, ‘veg versus non-veg’ became a cultural question for Indian nationalists. Jayanta Sengupta in Nation on a Platter points out that those who espoused vegetarianism used a material/spiritual dichotomy where the material was associated with the degenerate West and the spiritual with India. Others like Vivekananda used the same dichotomy to argue for a non- vegetarian diet on grounds that meat eating created a difference between the power to rule others and the abject surrender to a physically more robust people. Here, Vivekananda was echoing the thoughts of philosophers like Nietzsche who thought that meat created power while rice and vegetarianism in general made for effete bodies and souls.

What is interesting for our purposes is that the nationalists could not affix a boundary around vegetarianism and connect it to an ‘Indian’ identity. This could be because Hinduism offers multiple ways to achieve liberation, moksha. There is a ritual route to moksha, which demands utmost concern with purity and hence confines itself to vegetarian fare, and a Bhakti way, which does not require such ritual purity. So non-vegetarians too can attain liberation through bhakti.

This fluidity around the concept of veg/non-veg is also evident in the diet of the gods. Hindu deities are vegetarian and non-vegetarian, and the debate is whether this distinction symbolises the caste hierarchy. Louis Dumont argues that the opposition between the higher vegetarian and the lower meat- eating deities is a restructuring principle of the Hindu pantheon. CJ Fuller disagrees. He says the opposition is rather between village deities offered only vegetarian food in worship and those offered sacrifices. The same village deity sometimes is segmented into higher and lower forms, with the higher form being vegetarian. Fuller gives the example of Mariyamman who manifests herself in three forms, which are hierarchically ranked and distinguished by acceptance of vegetarian (high), meat (intermediate) and animal sacrifice (low).

The substantial divinity of the purely vegetarian Sanskritic deities means that a Shiva or a Vishnu can stand for highness without needing a correlate of lowness in some other deity. It is the village deities worshipped by the low castes, not the Brahmin high castes (who worship the Sanskritic deities), who provide the mould of a hierarchical social order, says Fuller.

I wonder, however, if our body’s intake and capacity to absorb nutrients is determined less by a veg versus non-veg divide, and more by what our ancestors ate. In other words, more inbreeding (for example, if one is a product of an arranged marriage within a small sub-caste) could produce a genetically insular body composition that is able to process certain types of food but not others.