The Name of the Rose

Colour, class and tradition in a vase. The meditations of a flower girl 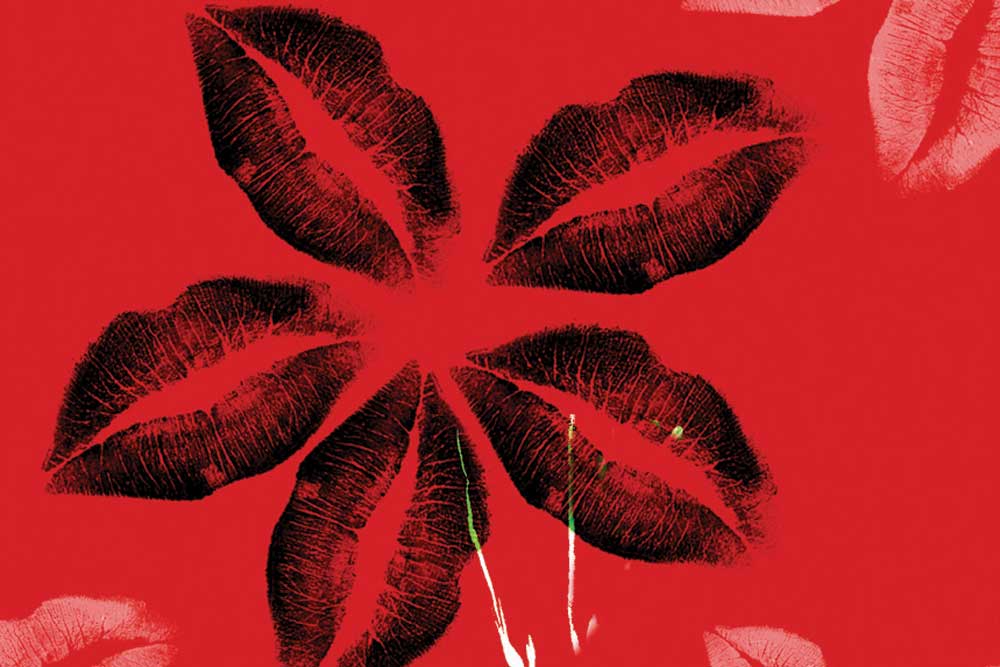 I REMEMBER VIVIDLY how my grandfather once came home in almost a state of shock after visiting a friend of my mother’s: “She had no flowers in the house, not even a small posy from the garden.” I don’t recall if my mother and she remained friends. Fifty years later, I use my grandfather’s reaction as an excuse to buy flowers at least weekly in my attempt to maintain some semblance of good housekeeping.

The culture of buying and giving of flowers is deeply sexist. Men give women flowers, and gay men are thought to like flowers, making it all very non-masculine. Only as I write this do I realise I have never given flowers to a straight man.

I buy cut flowers often as there just aren’t enough flowers in our small London garden, despite every vertical surface being covered by climbing and rambling roses and my sneaky attempts to colonise the husband’s vegetable beds with perennials.

Sarah, my regular florist, ties a bunch from whatever catches my eye in her shop, making me exactly what I wanted without my knowing it. In India, I find it very hard to buy flowers apart from tuberose, best enjoyed for their fragrance rather than their appearance, as I have not learnt to translate the Indian language of flowers. That said, photographs of my vases of flowers are among the most ‘liked’ of my Facebook posts, especially with my Indian friends.

I understand that cellophane may keep the flowers fresh—although it’s a bit like keeping the plastic covers on your chairs so they won’t spoil—but you will never enjoy them. I am less forgiving to the peculiar arrangements where the flowers are regimented into spikes and geometric shapes. And, horror of horrors, some flowers are dyed. I have seen all of the above displayed at a Gujarati florist shop in London so they are clearly liked.

As a student in Baroda, I picked flowers and threaded them with a needle as garlands for Thakurji (Shrinathji) in my friend’s house. I remember the sigh as I sniffed the first garland I made and rendered it unfit for worship. Thakurji’s garlands were recycled the next day by being placed on the memorial photograph of my friend’s late husband.

Flowers are also synonymous with death, whether the tasteful wreaths and sprays atop coffins or flowers used to spell out the deceased’s name. The British stiff upper lip wobbled at the close-up of the label saying ‘Mummy’ on the white flowers on Diana’s coffin. In India the entire body may be draped with flowers whiles memorial photos are garlanded. Flowers offer beauty and perfume but also remind us of our short lives as we blossom, fade and die.

Yet there is little to rival the beauty of flowers at Indian weddings, where they are again shaped in forms so different from the English style. Strings of flowers are formed into perfumed curtains around mandaps, made into garlands or the bridegroom’s sehra. When I was ‘best man’ at a wedding in Bombay, I purchased the bride and groom ‘underwear’ made from jasmine, ordered from a shop in Null Bazaar. Alas, they didn’t share any photographs.

Flowers associated with fertility and pleasure are part of the wider role they play in India in the aesthetics of love and desire. The God of Love himself, Kamadeva, fires flower-tipped arrows from his sugarcane bow strung with bees, a wonderful image.

In Sanskrit poetry, comparisons between women and flowers are not unusual, and parts of the body are described as or compared with flowers. The lotus is the most popular, so one finds lotus feet, lotus eyes, and lotus faces. Hands are described as being like shoots and vines—or, rather unfortunately in older translations, as sprouts—while arms are like creepers. Other vegetation is also part of the repertoire: lips are like red bimba fruit and, in an untranslatable idiom, legs are like banana trees.

Sanskrit courtly poetry uses flowers, often worn as ornaments by women, to indicate seasons and emotions. The complexity is such that commentary and books on flowers are needed to understand the references.

Dahlias are surely too vulgar, but perhaps permissible in white? Tulips? Probably not, though I love them for Silsila. Most annuals are quite vulgar but perennials rarely are

The imagery of the bee seeking to drink the flower’s nectar is a common trope to evoke the lover’s desire. This continues in Hindi film lyrics such as ‘Awaara bhanwara’, or Sahir Ludhianvi’s opening song in Pyaasa—‘Yeh haste huay phool’ (I must mention that two flowers touching represents forbidden kisses). Kalidasa describes how the bee thinks the ichor pouring from the temples of the elephant are nectar so sweet does it smell.

The Islamicate garden had its own aesthetics, so different from the Sanskrit romantic image. Here the season is spring and the birds and trees are as different as the flowers. The rose and the lily replace the lotus and others flowers. This imagery is found in the ghazal although the lotus creeps in, so Shakeel Badayuni’s Chaudhvin ka Chand has ‘chehraa hai jaise jhil men khiltaa hua kanval’.

Once when we arrived near dusk at a friend’s farm in Pakistan, we found the path to our cottage annexe strewn with flowers and the bed covered in rose petals to make us feel like newlyweds. How different from the discreet bunch of flowers on a Victorian dressing table.

The British brought their ideas of gardens to India and one of the surprises of my first winter in Delhi was to see the kind of garden my grandparents’ generation favoured. The colourful riot of English cottage garden flowers immediately transported me back in time and place.

There was once a more formal language of flowers, with only the red rose remaining as a symbol of love, while we tittered as schoolgirls about La Dame aux camélias (La Traviata), the courtesan who marked publicly her menstrual cycle by the colour of the camellias she wore.

One of the mysteries of the British is how they marry ideas of vulgarity and flowers. (Ah, the things they don’t teach you in your citizenship test.) Vulgarity begins with the layout of municipal park gardens famed for their carpet bedding and floral clocks, what we call ‘roundabout gardens’. My local park, Queens Park, has beautiful trees and excellent planting, but then it is run by the City of London Corporation rather than Brent Council.

Certain types of flowers are seen as vulgar—marigolds, lobelia, geraniums—or rather pelargoniums as real geraniums (cranesbill) are welcome. Fashion may threaten to rehabilitate chrysanthemums, whose name means ‘golden flower’, the name behind the Japanese throne of the world’s most aesthetically refined people. Dahlias are surely too vulgar, but perhaps permissible in white? Tulips? Probably not, though I love them for Silsila. And rhododendrons? Hmmm. Most annuals are quite vulgar—oh dear, I didn’t mean to say that—but perennials rarely are. Shrubs are fine but many evergreens can be tricky, especially in the wrong hands.

Lilies are a borderline (sorry) case, simultaneously associated with funerals and the smell of country house hotels. Yet their beauty is justifiably synonymous with perfection which cannot be surpassed, whether in the New Testament (‘Consider the lilies of the field, how they grow; they toil not, neither do they spin: And yet I say unto you, That even Solomon in all his glory was not arrayed like one of these’) or in the idiom to overdo it: gilding the lily.

However, slavishly following taste is too much. The all- white garden is now as déclassé and suburban as the white bedroom of (the ballad of) Lucy Jordan. Gardens can be overdesigned with too much hard landscape but as the newspapers currently bemoan the decline of British front gardens, the Chelsea Flower Show continues to inspire.

What is all this nonsense? Class, of course. A couple of weeks ago, I went for High Table at a Cambridge college. My eye was struck by a display of purple petunias in the main quad. A don from the Soft Furnishing Committee and I shared our pain, and I offered to step in with a weed killer that may be soon outlawed by the EU. The flowers were mentioned again at dinner as a sign of the college’s aesthetic decline. I wondered aloud if the petunias might be part of the policy of Equal Access, aimed at removing class barriers to joining Higher Education. Why on earth should a rather pretty flower raise such unpleasant and deep-rooted snobbery? I think I know, but it’s not coming in my garden.